Fifty years ago — Aug. 11, 1965 — the DNT reports a 25-year-old Duluth man stood perched atop the center span of the Duluth Superior High Bridge — now known as the John A. Blatnik Bridge — threatening to jump to the water. “The incident was apparently brought about by a family argument,” the paper noted. “His mother talked him down from his lofty stand.”

“Come on down, Butch, let’s go home and have some tea,” she said, then added, “do you want me to come out on the bridge so you can see me?” …

Then, about 9:05 p.m., after pleas from his mother that he come home, he stood up, grasped the handrail and started a careful descent. Five minutes later he stepped into the arms of his mother and waiting police.

“His mother did a world of good in this,” a Superior patrolman said later. …

About two years ago, a teenage Duluth girl leaped off the high bridge — and lived. A Duluth man stands atop the Duluth Superior High Bridge, threatening to jump. 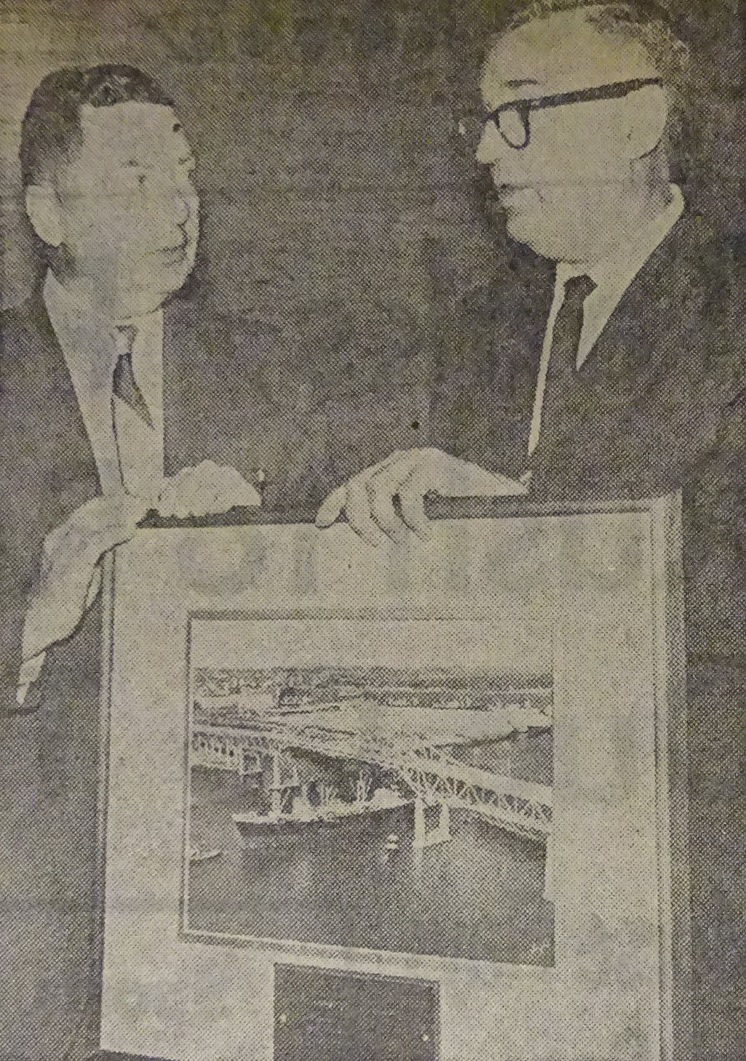 Duluth Chamber of Commerce President Marshall Reinig and Mayor George D. Johnson display the picture of the Duluth harbor to be presented at the christening Saturday of the new USS Duluth. 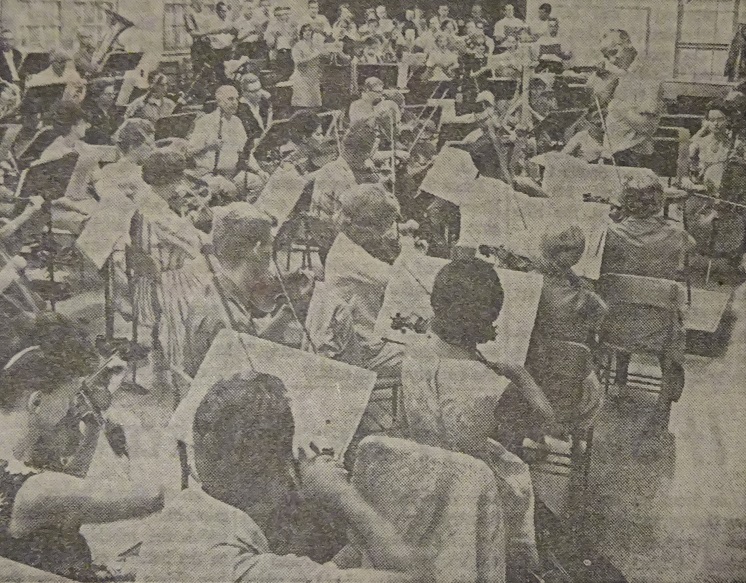 Ground Broken for YMCA
R. H. Niemeyer, YMCA president, turns a shovel of earth Tuesday at groundbreaking ceremonies for the new $1.4 million Duluth YMCA building. Construction on the building at Third Avenue West and First Street began following the ceremony. Completion is expected within a year. Religious, civic and business leaders who participated in the ceremony watch from the background as Niemeyer performs the symbolic rite.