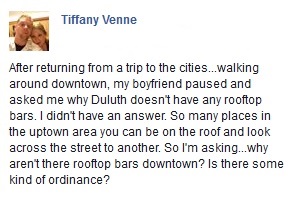 We should note right off the top that Grandma’s Saloon & Grill in Canal Park has rooftop seating. 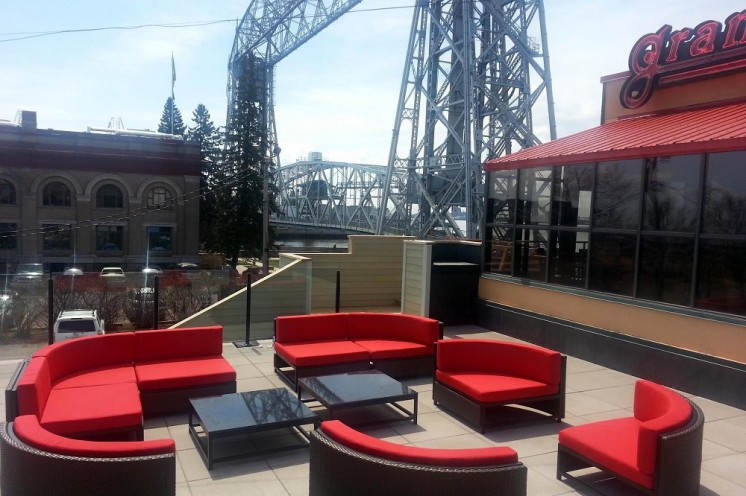 Grandma’s is probably the only true rooftop bar in Duluth, Superior or any nearby community, although a number of restaurants and drinking establishments have decks, courtyards, sidewalk tables or some form of open-air service. The Gunflint Tavern in Grand Marais is another place with rooftop seating in the summer, but that’s almost as far from Duluth as the Twin Cities.

Why aren’t there more? Well, it’s just not practical in most cases. Neighborhood bars would have trouble getting approval for such a thing because neighbors would likely complain about noise. Downtown bars are often on the ground level of a multi-story building. While there are a few places that might be suitable for a rooftop bar, it involves taking on some expensive construction and being prepared to staff a separate area and provide additional security. Those are tough things for a business to take on in an area where the season for outdoor drinking runs from July to September.

But that doesn’t mean we can’t dream. There will likely be another rooftop bar in or near Duluth at some point, which means now is the time to make predictions so you can say “I told you so” later.

New calendar editor and a 2004 flashback

We threw all the résumés up in the air and one of them landed on top. Tony Bennett is the...