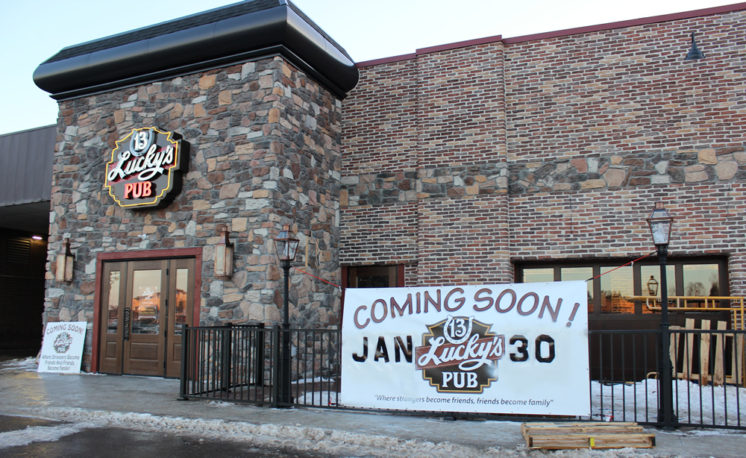 Drinking and dining options at Miller Hill Mall will improve by month’s end. Lucky’s 13 Pub is set to open at 1600 Miller Trunk Highway on Jan. 30. Duluthians will barely recognize the space, which was occupied for 25 years by Old Country Buffet.

The old restaurant was gutted and extensively renovated to look more like a pub. The sizeable space has seating for more than 300 and includes an immense bar as well as in indoor/outdoor patio, which will include a fire pit.

Lucky’s 13 features dark wood accents and brick walls lined with a mix of black and white photos—some include the owners’ family, some are historical. A faux-fashioned tin ceiling includes soundproofing materials designed with acoustics in mind. 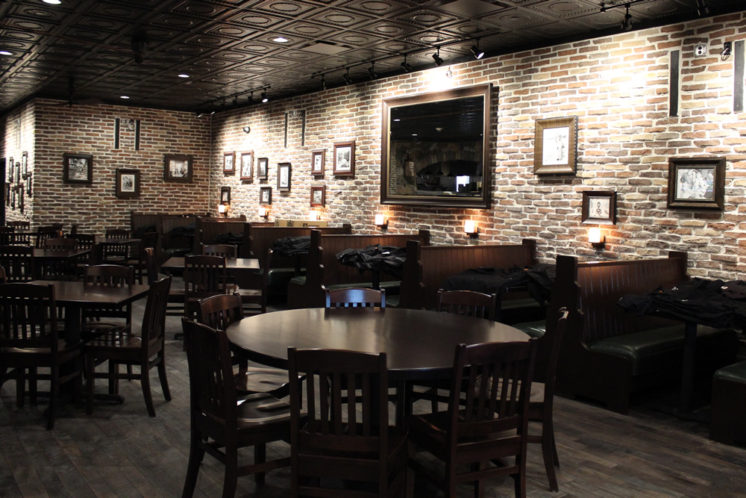 The name “Lucky’s 13” has to do with their business success. Both chains started on Highway 13 in Mendota. “Highway 13 has been very ‘lucky’ for Linda Young and Charlie Burrows,” says Ken Wilson, the Duluth location’s general manager.

Wilson and Burrows have long been living in the Twin Cities but have a Duluth connection: they met years ago while working at Chi Chi’s Mexican restaurant in the Fitger’s building. They’re looking forward to opening an eatery in this market. 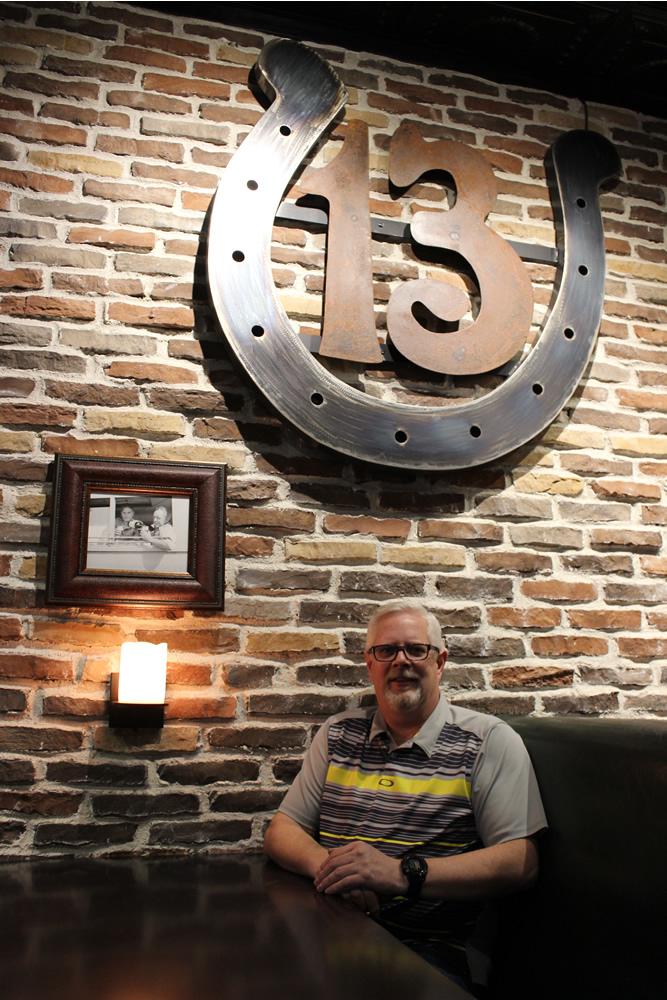 Wilson is moving to Duluth and says there’s a buzz of excitement around the new restaurant. “People keep telling me, ‘Duluth needs this,’” he says.

The pub has upscale casual dining, mostly appetizers and burgers but including some entrees too. Brunch will be served on weekends. Prices might be slightly north of the norm. Most of the specialty burgers and sandwiches are upwards of $13, including fries.

But this isn’t a typical chain restaurant. “We pride ourselves on our food,” says Burrows. “Everything’s homemade, we’re a scratch kitchen.”

The Reuben sandwich is one of the pub’s best sellers. The corned beef is homemade. Even appetizers like pizza rolls and corn chips are house made. The restaurant employs a wood-fired churrasco grill with a rotisserie to cook turkey, ham and prime rib.

Burrows says Lucky’s 13 is one of the only restaurants in the country to feature Piedmontese beef. This variety of cattle originally hails from the Piedmont region of Italy, though Lucky’s 13 gets the meat from Indiana. The cows are raised without antibiotics and steroids. The meat is purportedly lower in calories and cholesterol and higher in protein. Burrows says he’s willing to pay a premium for the beef “because it tastes so good,” not just because it’s healthier.

The bar will have 18 tap beers, including typical domestic beers as well as local craft offerings. Bloody Mary aficionados will appreciate how the pub elevates the status of the popular brunch drink. The Bloody Mary mix, with a clamato base and a spicy kick, is custom made and bottled for Lucky’s 13. Customers can order a flight of three bloodies, with different types of vodka (regular, pepper, bacon, horseradish) or a Bloody BLT, which features a drink with a quarter of a BLT sandwich on a skewer.

The bar will have weekly food, drink specials, trivia, pull-tabs, bingo, and live music as well as televisions for sports fans.

Wilson and Burrows say the restaurant is family-friendly and caters to customers.

“We’re happy when people choose us,” says Burrows. “We like to say, ‘Yes, is the answer, what’s the question?’ that’s our attitude.”

Happy Inauguration Day. Let's celebrate peaceful transfers of power with a retrospective view of the portraits of Duluth's Mayors. For...