A Saturday Night in Winter 1987 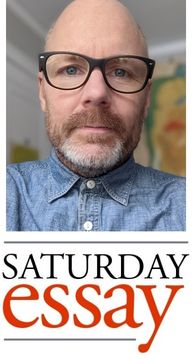 “Keep it high, like this!” Michelle said, transmitting party wisdom over her shoulder with a cheerleader smile, holding a Marb red and a Schmidt can in one hand up near brunette Aqua Net bangs as she inched us through someone’s mom’s apartment packed with mostly white teenagers. I followed close in the crush, trying to protect my beer and not bump into her. She was a tiny junior glowing with charisma and cool. I was a six-foot sophomore with a spiked mullet and a forehead full of zits. So skinny. Still 15. Only 15. Not good at parties but wanting to be. It was a Saturday night in January 1987. Maybe early February.

In October a couple cops had taken me to detox after busting an outdoor party. The guys I was with ditched me because I was unconscious and ill and Steve, who I barely knew, thought I might mess up his immaculate brown Camaro. At the party, juniors and seniors I looked up to had laughed at me and pissed on me and tied my Reeboks to my Levi’s 501 belt loops while I laid in weeds on the edge of woods next to a nature center parking lot. I don’t know what else they did. They could have done much worse. I don’t know if anyone tried to help me. I’m not mad at anyone who didn’t. I wish more people would help, but I understand why they don’t. I can still smell the combination of vomit and Adidas cologne on my black and purple shaker-knit Oak Tree sweater.

On Sunday night, a few hours after I got home from the facility, a sophomore girl I had broken up with carelessly a couple weeks earlier, after we’d dated during September then gone to homecoming in early October, called to ask how I was doing. She hadn’t been there but she’d heard. On Monday a senior girl who went to my church stopped me in the hall between classes to tell me I could talk to her. I didn’t really know her. Neither of them judged me or said anything cloying. They were just kind. I wish I would have known what to do with that. Not long before our 20-year reunion, the woman who was once the girl I went to homecoming with messaged me on our Class of 1989 website. We hadn’t talked since senior year, if we had talked then. The chat was pleasant and short, full of distance that felt strange and made sense. In one message she said, “You were quite a ‘run-around!’” She wasn’t wrong. Good grief; that boy. He made less sense to himself than he made to her or anyone else — parents, teachers, coaches, bosses — who tried hard to figure out why he did what he did.

I got grounded for at least a month. Somehow did not get suspended from football; maybe the JV season was already over. Had to confess to my youth pastor. Told him while helping him move a couch or something. He seemed sad, but not in a way that suggested I’d hurt him or God. “I’ve never been drunk,” he said. “I don’t know what it feels like. I hope you’re OK. If you need to talk about anything let me know.” I did but I didn’t know it, so I just said thanks.

The night has carried more and less weight than I wish it would. I have questions about it. I wish knowing how it feels to be the one getting abused and abandoned would have changed me in ways it did not. I will die with unmade amends.

By mid-winter I was still naïve about and enthralled with drinking and parties and impressing people I thought were cool and getting them to think I was cool. Another junior, Allie, drove my sophomore buddy Brant and me to the apartment party in her parents’ tan Volkswagen Rabbit. Allie and Brant were true friends to me. They have good reasons to recall me differently. They are not alone. The vinyl VW seats were hard with Minnesota cold. We sang along with Robbie Neville’s “C’est La Vie.” Our breath fogged the windows. From shotgun, Brant scraped windshield frost that stayed on the dash a long while before melting. Maybe “At this Moment” by Billy Vera & the Beaters or Gregory Abbott’s “Shake You Down” came on. Maybe “Keep Your Hands to Yourself” by the Georgia Satellites. Maybe Brant or I tried to pop in a Whodini or Run-D.M.C. cassette. I spent a lot of time with Allie that year and the next and until she left for college. She is the only friend like her I’ve ever had.

I have no idea why Michelle was helping me. Other than saying hi in the hall I never really talked to her before or after those few minutes when she treated me the way I’ve always dreamed of being treated by the older sister I don’t have. She does not remember me. She can’t possibly remember teaching me how to protect a beer in a crowd, or know that I think about that version of her every time I apply the lesson. I did it near the rear bar during a sold-out Hold Steady show at Brooklyn Bowl on Dec. 1, 2021. Fifty years old. First time protecting a beer in a crowd since a while before COVID-19 started. Turned into another mass of mostly white folks around my age and the lesson consciously kicked in like it has at every packed party and bar since 1987: “Keep it high, like this!”

I still wonder what having a cool big sister could have meant for me. Sometimes during sophomore year a junior named Tracey picked me up on her way into school. She drove a red mid-’70s Mustang II and smoked Camels. I can’t remember anything we talked about or listened to. I remember how the car interior and cigarette smoke smelled, and how the bucket seat felt, and the way she smiled at me and seemed so much more than a year older and treated me so kindly. I wonder when I stopped remembering those drives. As early as college? I know I forgot about them for a long time. How can I have forgotten about them for so long — just thought nothing about them for more than 30 years — and now so clearly hear her voice and see her smile and feel how mellow it felt to sit beside her for 15 minutes or so some mornings? I might prefer to just forget it again. I don’t know.

Michelle was super pretty in a heavy-metal-hair way different from most other cheerleaders at our school. She smelled so good. Hairspray. Makeup. Cigarettes. Black leather jacket. Maybe Liz Claiborne perfume from the red triangle bottle. As we tried to get from somewhere to somewhere else for some reason in the apartment living room thick with kids and smoke, she greeted a stream of people excited to see her and finessed their bodies out of our way with her non-beer hand. Never stopped moving. Never stopped greeting. Always finessing. Huge smile the whole time. Was her jacket over a cheer sweater? Had Allie picked up Brant and me at our parents’ houses, or had she met us at a basketball or hockey game? Which squad was Michelle on? Wait: Brant and I both played B-squad basketball that winter. Did we have a game that night? The whole thing feels weird now and I remember it feeling weird then. Why were we — kids from the northwest and northeast parts of town — in a four-plex on the southeast side, over by the other public high school? We didn’t really do that. I wonder how much of what I’m saying is wrong.

At some point Michelle handed me two Schmidts. A lot of kids had left for another party. I was sitting on a couch alone. Watching people. Hoping to be cool. Drinking one of the beers while trying not to grimace with every sip. A girl Allie and Michelle had been talking to offered me a dollar for the unopened can. No one had been hanging out with her for a while. I don’t know if she was with anyone. I had seen her ask to buy beers from other people. She seemed unsteady. Her mouth was in the shape of a smile without being one. Her eyes were not smiling. Neither was her nervous laugh. I felt uneasy about what she was asking. I think I felt bad for her while knowing it was more complicated than that. For neither the first nor last time in my life I hesitated because I was ill-equipped. She offered a buck-fifty. I didn’t know her. I knew she’d started the school year late after a long recovery from getting banged up while driving drunk. “Come on, man,” she said. “Please.” I sold her the beer.

This 40-year-old press photo shows University of Minnesota Duluth goalie Bob Mason about to make a save at Williams Arena...