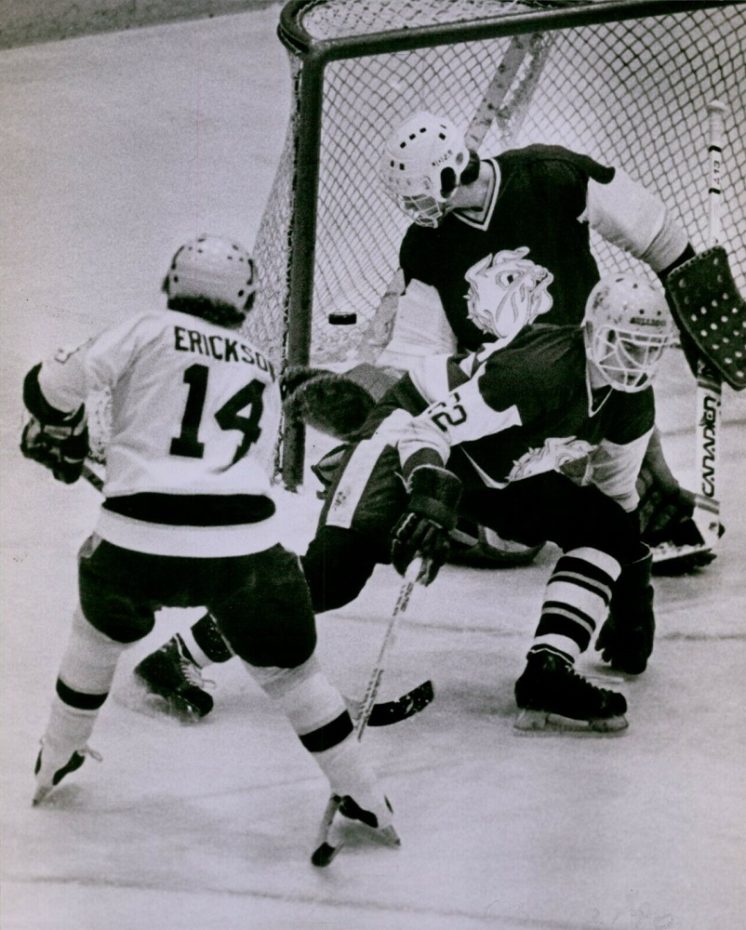 This 40-year-old press photo shows University of Minnesota Duluth goalie Bob Mason about to make a save at Williams Arena in Minneapolis. It is credited to Star Tribune photographer Cletus “Pete” Hohn.

Mason is an International Falls native who went on to play professional hockey from 1983 to 1995. His teammate in the photo is defenseman Tom Kurvers, who played high school hockey for Bloomington Jefferson and followed up his UMD experience playing professionally from 1984 to 1996. Kurvers died of cancer in 2021.

The player being denied what looks like a certain goal (did it hit the pipe?) is Bryan “Butsy” Erickson of the Minnesota Gophers. Erickson played professionally from 1982 to 1994.

The St. Louis River Alliance typically organizes an annual Winter Walk event in February, but the rise in COVID-19 cases...