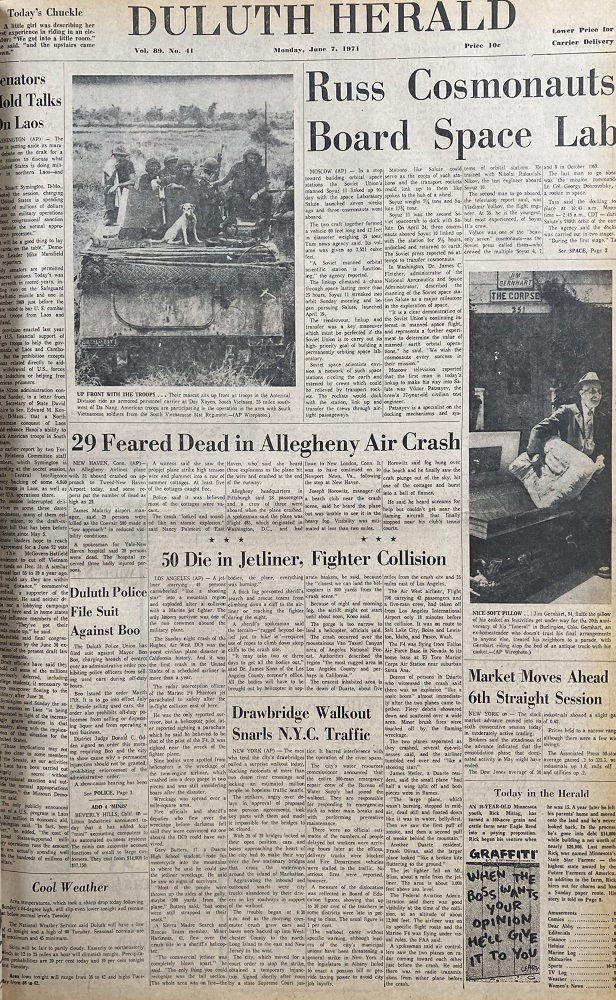 The suit was specific to selling used cars; the union said the other restrictions were “superfluous” because city employees were already prohibited by ordinance from engaging in those occupations. Caption: Spring Madness … The scalped look for boys came to East High last week and caused more head turning than shoulder-length locks used to. On a bet, one student after another agreed to get his hair cut short if the other would. The dare didn’t sweep through the school, though. Only eight boys went for it, including Ned Austin, left, and Clarke Coole, who get an incredulous reaction from Joe French, who stayed with the contemporary hair-do. — (Herald Photo.)

Future district court judge and local author Mark Munger also turns up in the news as a scout.

The American Indian Community Housing Organization, which has become a force for enabling Native voices in Duluth and bringing radiance...