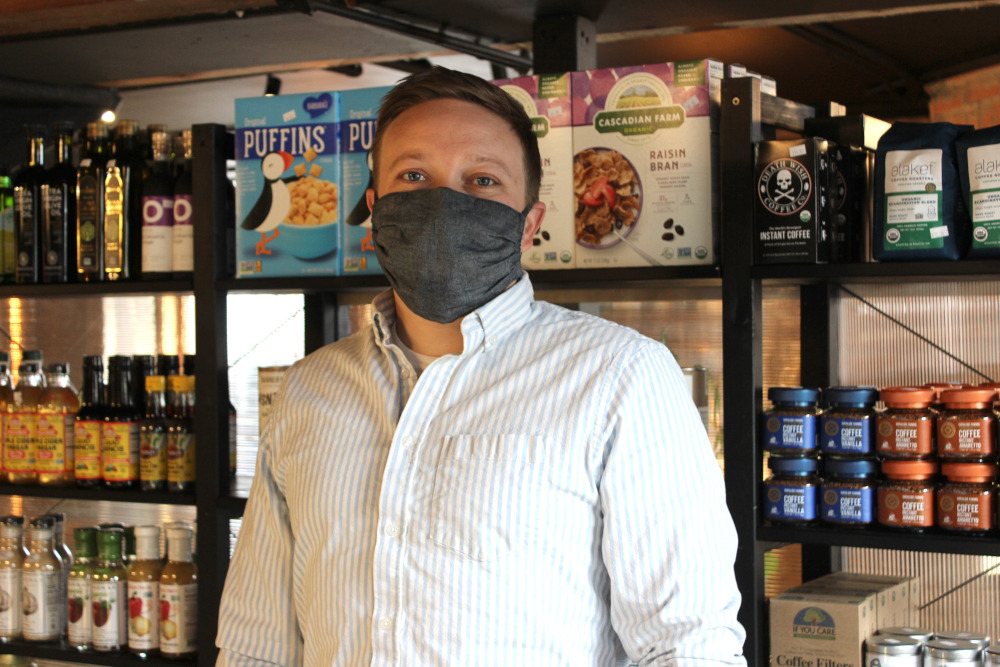 Amazing Grace Bakery and Cafe, a Canal Park mainstay over the past 25 years, is branching out into the grocery business in 2021. Owner Connor Riley said sit-down dining and music will eventually return to Amazing Grace, but for now he’s focused on the new boutique grocery store aspect of the business, which opened in January.

The transition to Amazing Grace Grocery + Cafe was brought on by pandemic-related challenges. Riley closed the cafe right before Minnesota Governor Tim Walz shut down restaurants for the first time in mid-March.

He made the difficult decision to let most of Amazing Grace’s employees go. Between the Canal Park location in the DeWitt-Seitz Marketplace and the two St. Luke’s hospital cafe satellites, this amounted to about 40 employees. But looking back, Riley said he’s glad he made that determination early on so that employees could be some of the first in line to access unemployment benefits during that uncertain time.

Riley bought the business from his mother, Marcie Stoyke, in 2016. Chip Stewart, Stoyke’s life partner, founded the cafe and bakery in 1995 with Doug Zahn, betting that Canal Park would become a tourist destination. Stewart died in 2009 from cancer.

Keeping the business afloat while operating at such limited capacity has been “rough,” according to Riley. “We watched other restaurant owners try to make takeout work and fail. If you don’t already have a model ready to go, it’s hard to transition into it.” The cafe has been operating on a limited scale since last spring. Over the summer, it served up takeout breakfast sandwiches and burritos. In the winter months, options are limited to coffee and bakery items.

“We paused our breakfast menu. It’s hard to keep doing breakfast with so few people in Canal Park,” said Riley.

During the pandemic, Riley has significantly built up the wholesale bakery side of the business. Amazing Grace supplies both Whole Food Co-op locations and also Lake Avenue Restaurant and Bar with baked goods.

The idea to open a grocery store came out of a brainstorming session with his wife Abby.

“One night my wife and I were joking, ‘Too bad we didn’t own a liquor store,’” said Riley, alluding to how liquor stores were one of few businesses doing well during the pandemic.

That joke led to a more serious discussion about a business pivot for Amazing Grace that had a chance to withstand challenging times. They settled on the idea of a grocery store. 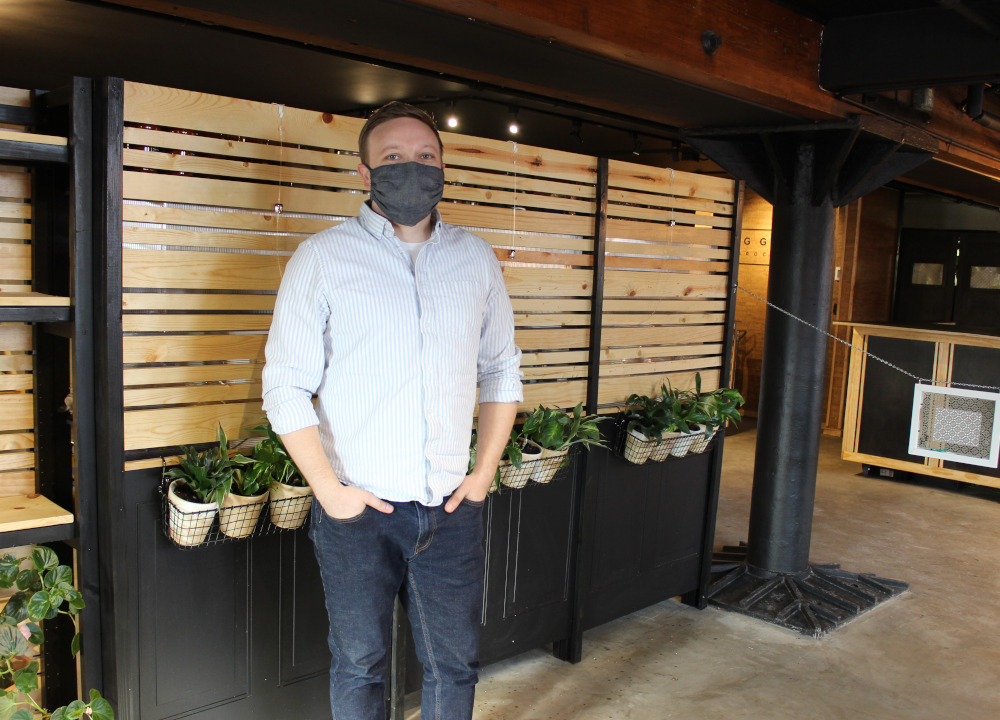 To accommodate this addition to the business, major renovations were needed in the space. Riley kept a bare-bones crew of four people, including the general manager, head baker and chef. They all pitched in with the remodeling, which started in June and finished up in September.

“The four of us were doing manual labor like ripping up tiles,” Riley said. “I’m really happy with how it turned out.”

The space was essentially divided into thirds. It features concrete floors, glass chandeliers and planters with live greenery. The dining area occupies about a third of the space, seating was reduced from 65 to about 20-25. A small, permanent stage with a hinged door built from a whiskey barrel was constructed on the far end of the dining section.

Riley isn’t out to replicate what other grocers are doing in the community. He talked fondly of discovering “weird little grocery stores — usually in a basement — with cool, unique things” while traveling. 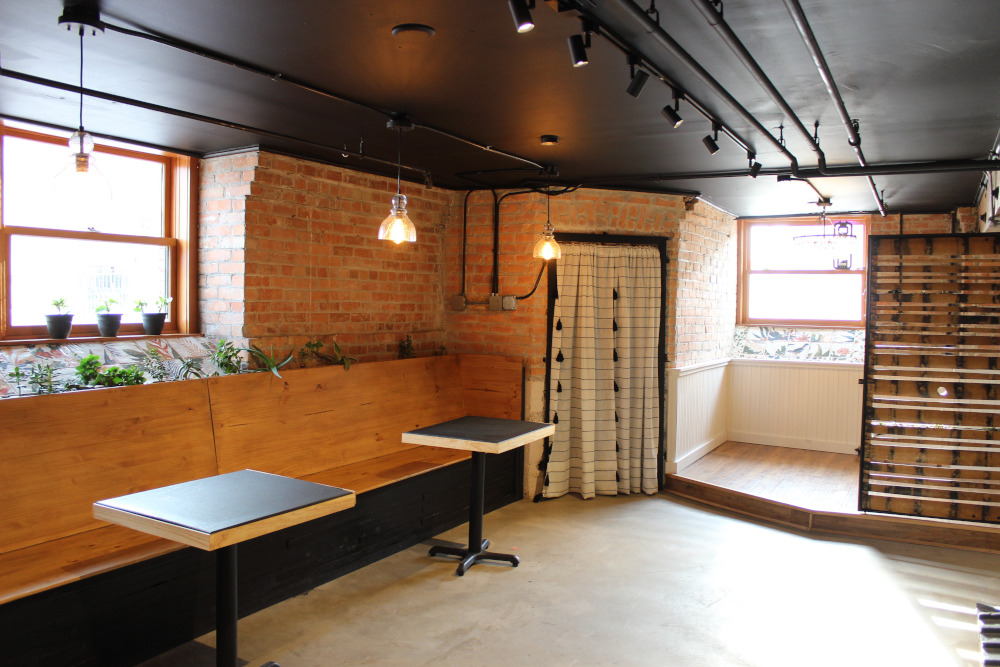 The boutique grocery store, bakery, cafe and music venue in the historic Dewitt-Seitz Marketplace will offer a different sort of shopping experience. Riley noted that eventually, people will be able to “enjoy a pint of craft beer while shopping in a really cool atmosphere.”

The store sells essentials like deodorants and diapers. It stocks gourmet cheeses and meats as well as cocktail mixers. Customers can also find an array of cooking and baking supplies. It’s an eclectic mix of items; Riley jokes that one might be able to find Cheetos next to quinoa.

There’s a cooler with grab-and-go deli items, which will expand in the future. Amazing Grace favorites like the cranberry wild rice chicken salad might be on offer. Riley is working to promote the Amazing Grace grocery brand, which will include shelf-stable items like a muffin mix.

The store will cater to tourists but Riley also thinks it will fill a void for Park Pointers who haven’t had a grocery option since Bayside Market closed in 2008.

Riley expects some trial and error to be involved in figuring out the right mix of offerings. “We fully acknowledge we’re growing into this thing,” he said.

The business just launched a new website that features online ordering. Curbside pickup is available. And if all goes well, there’s potential in the future for order delivery and shipping. 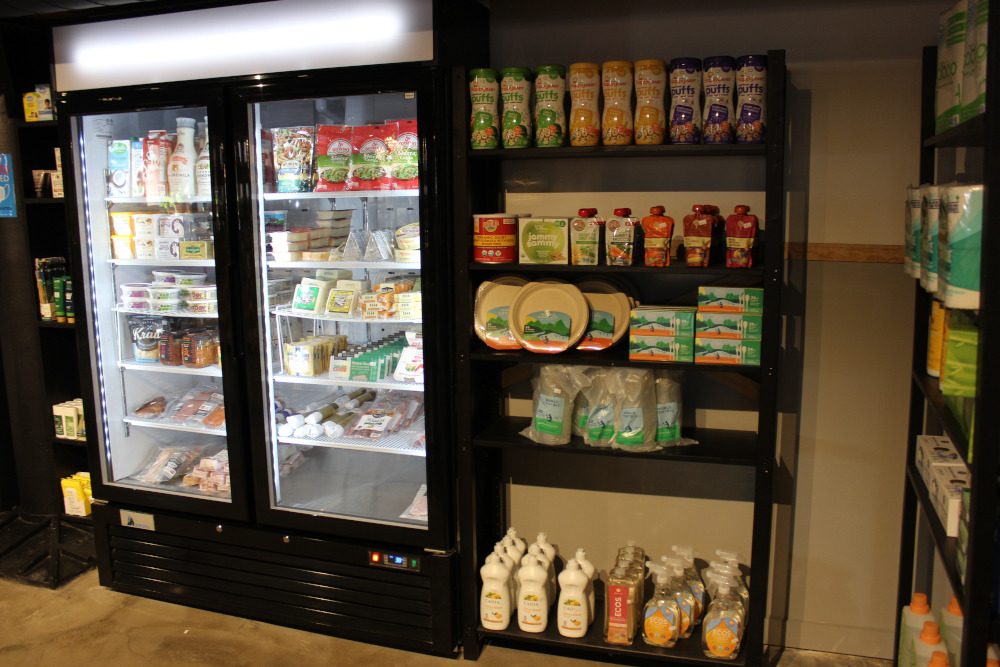 Test your memory of February 2021 headlines with this week's current events quiz! In honor of St. Patrick's Day, the...