If you buy some anyway, you might get home and decide to carry a bag of your other groceries in one hand and the melon in the other while attempting to operate the door handle and greet your happy, beautiful dog jumping up at you. That would be a mistake. Your watermelon will roll out of your hand and split in half on the floor.

You might think the logical response to the splattering of your melon should be to exclaim as loud as possible the most vile words you can imagine. That would be a mistake. Although it is indeed the logical response in that moment, you should realize your spouse is one door away on an important work-related phone call.

If you were raised in a working-class neighborhood, are employed in a profession that pays poorly and/or were raised by parents who were born during the Great Depression, you might think you should attempt to preserve as much of your watermelon as possible, even though you quickly realize it’s a sad and mooshy remnant of what might have been a good melon two weeks ago. So you take out a sealable plastic container and quickly spoon pieces of melon into it without any regard for how much counter space you have to work with. That would be a mistake. When those wobbly melon hemispheres start moving around they will knock your Tupperware off the counter and spill your sticky melon parts on the kitchen floor. 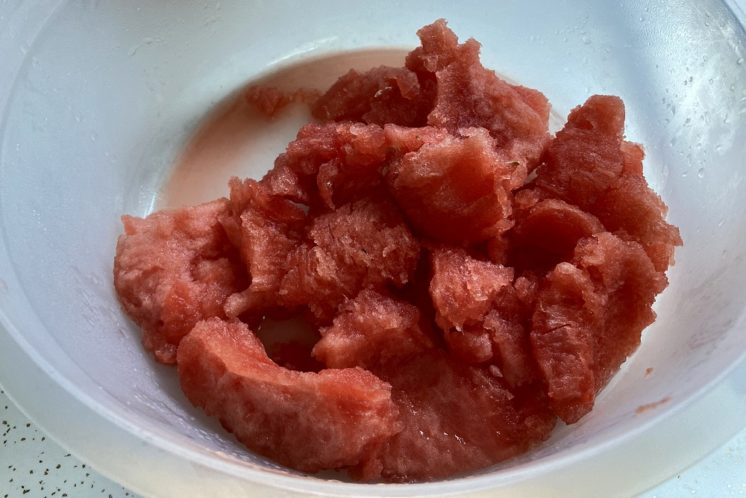 When you have finally had enough of this misadventure, you might think the intelligent thing to do would be to take your wet, sloppy melon halves and put them into a plastic bag and haul them to the outside garbage rather than put them in the kitchen garbage right next to you. That would be a mistake, unless you’ve verified the plastic bag does not have a hole in the bottom that will allow watermelon juice to leak out, leaving a sugary come-hither trail for every wasp and fruit fly in a five-mile radius.

Once this experience is over, you might think that next time you’ll buy only the finest melon and be very careful transporting it. That would be a mistake. No matter what you do that stupid thing is going to break free from whatever is blocking it from rolling around in your car or will find some other way to become part of some new disaster. Even if you get it to the refrigerator unharmed, only the first third of it will be good anyway and the rest will sit for a week and then get tossed. Buy those overpriced shrink-wrapped partial melons or give up.