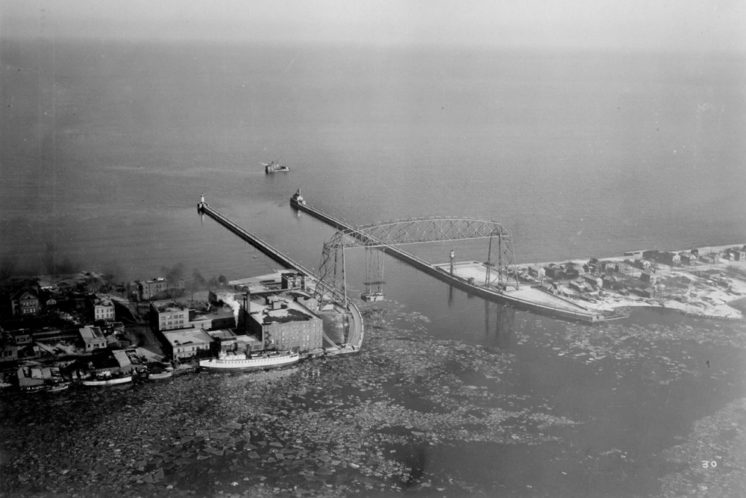 This photo from the National Archive was taken on an airplane from the McCook Field aviation experimentation station in Dayton, Ohio, which was flying in the region for a photographic mapping expedition of the Canadian border in October and November of 1925.

The caption on the photo reads:

Duluth Harbor Basin, the main business section and portions of Lake Superior, showing the “Eighth Wonder of the World,” the Aerial Bridge connecting Duluth proper with a long neck of land known as Minnesota Point, which really makes the Duluth Superior Harbor.

The undated postcard above shows an aerial view of Turk's Clearview Court at 8015 Congdon Boulevard in Lakewood Township, just...