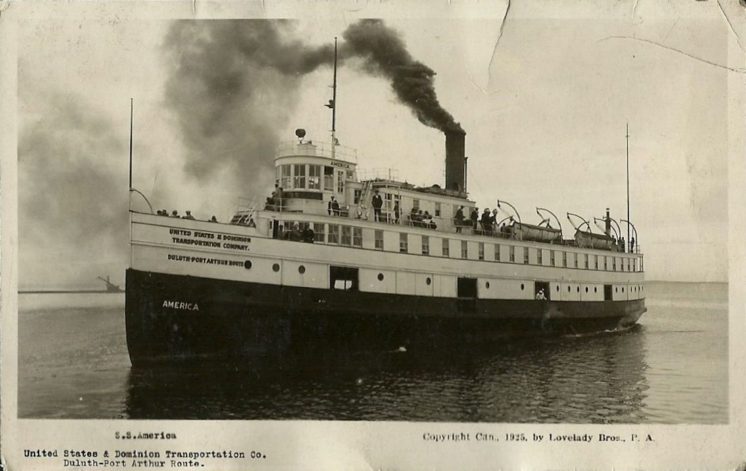 The America was a passenger and delivery ship that operated between Duluth and Port Arthur from 1902 to 1928, servicing outposts along the way such as Isle Royale and Split Rock Lighthouse.

The steamer was built by the Detroit Dry Dock Company in Wyandotte, Mich., and was launched on April 2, 1898. It was used between Michigan City and Chicago until it was purchased by the Booth Steamship Line in 1902. 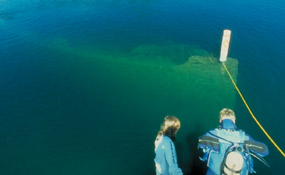 It was sunk in Washington Harbor off the shore of Isle Royale on June 7, 1928, after striking a reef. All 16 passengers and 31 crew members were transported to lifeboats before the America slid into deeper water, with only its forward deck and wheelhouse above surface. Today the remains of the ship are still on the bottom of Lake Superior — some parts as close as 2 feet to the waterline — easily viewable about 190 feet off Isle Royale. The wreck was placed on the National Register of Historic Places in 1984 and is a popular wreck among divers.

Cars out of control on slippery Lake Avenue

Cars were sliding out of control down an icy Lake Avenue in Duluth this morning. Perfect Duluth Day obtained permission...