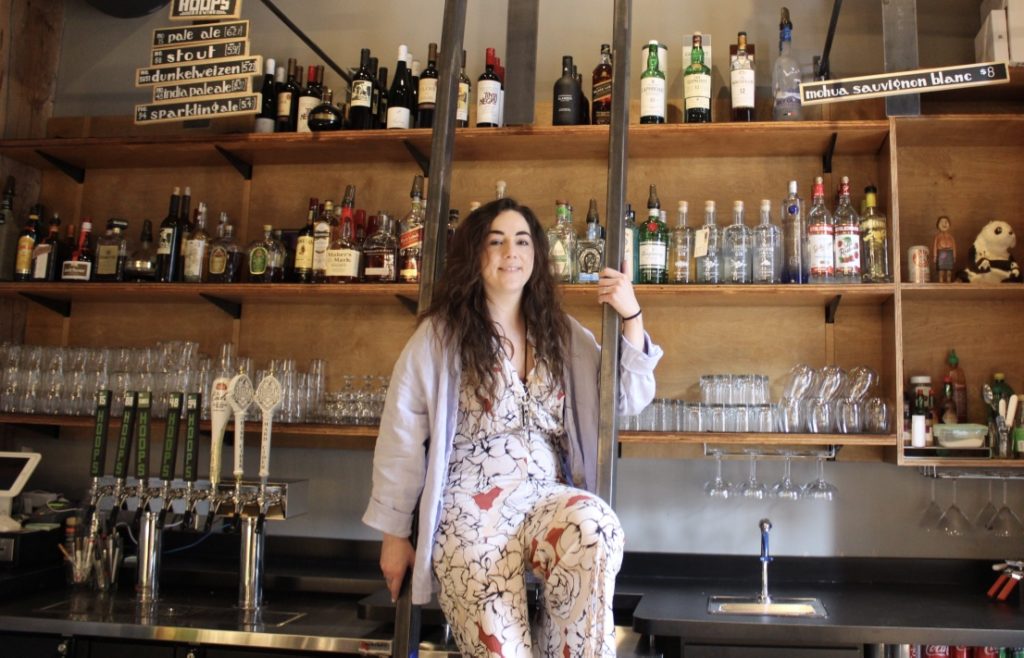 If all goes swimmingly, the Ripple Bar on Lake Superior will open on Friday at 3 p.m. A soft opening was held last night.

The Ripple Bar has the distinction of being the only full bar in Minnesota to share space with a brewery taproom. State law dictates brewery taprooms can only serve pints of their own products on site. The half wall separating Hoops and the Ripple — along with the different ownership of the entities — is a creative response to this regulation.

It makes going out with friends who don’t drink craft beer much easier. Patrons at the taproom can enjoy one of Hoops’ many craft brews while chatting across the wall with friends in the bar who have a full range of choices, from wine to cocktails or draft cider and beer. 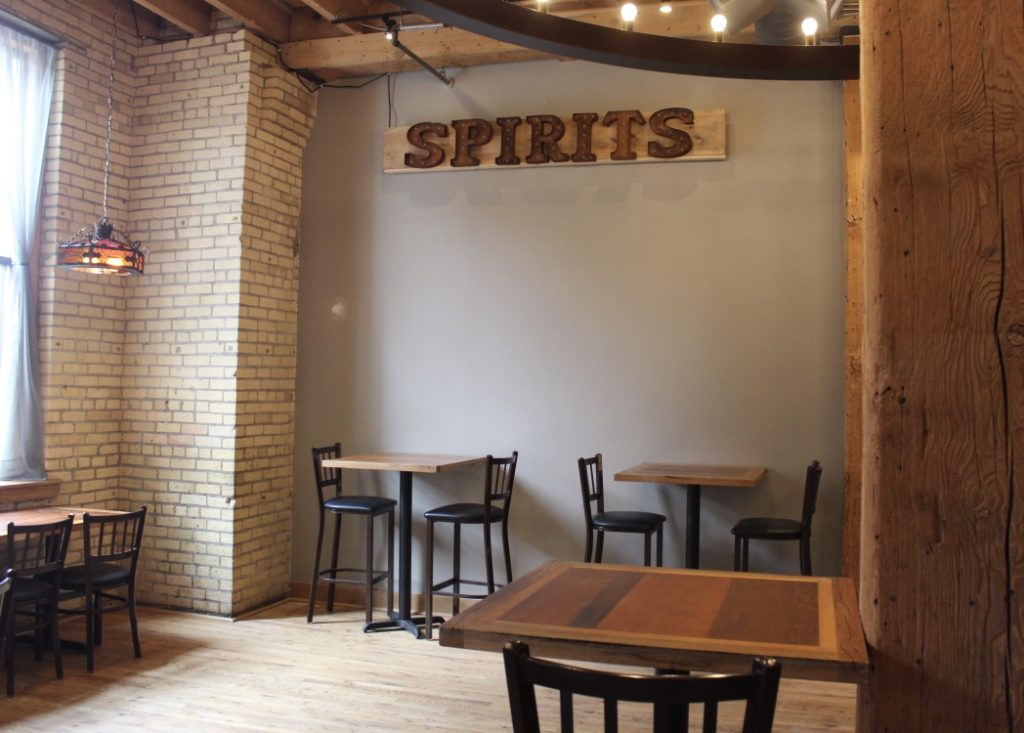 The Slip’s owner, Paul Christensen, an entrepreneur who opened, operated and eventually sold three Papa Murphy’s Take ‘n’ Bake Pizza shops in the Twin Ports, says he opted to sell the Slip because it was time for him to do something different.

“I’m excited for Maggie. She’s going to do a great job with it,” he says. “It’s such a new concept and a beautiful space. She has a good base of customers and the location is great.”

This is Gustafson’s first foray into owning a business. She’s been working as bar manager for Hoops Brewing since it opened last summer. When she heard the Slip might be for sale, she approached Dave Hoops, owner of the brewery about her desire to buy it. He thought Gustafson was a good fit, which was important since the businesses share a bathroom, utilities and open-concept ambiance.

Gustafson is thrilled about her new endeavor. She points out there aren’t very many female-owned bars in Duluth. “I’m very appreciative of Dave and the opportunity he’s given me,” she says.

Customers can expect some changes to the decor. Custom booths and Tiffany-style lighting are being installed to make it more welcoming and comfortable. Gustafson is adding some feminine touches, like soft metallic fabric for the booths as well as some more “quirky” accents, jokingly describing the new vibe as “dive bar chic.”

Gustafson named the bar after the Grateful Dead song, “Ripple,” but she says the name has multiple meanings. It’s a play on the bar’s close proximity to Hoops Brewing and to Lake Superior — it sees figurative ripples from the brewery and literal ripples from the Greatest Lake.

A Rhinelander native, Gustafson says she’s been working in the hospitality industry since age 12. Her mother ran a restaurant. She moved to Duluth seven years ago. She previously served as the assistant and then general manager for 7 West Taphouse in downtown Duluth before leaving to seek out a bigger challenge.

“I think it’s fun to meet new people, to build new relationships,” she says. “It’s always different. No shift is ever the same. And there are new challenges every day, which keeps it exciting,”

The Ripple Bar hired all four former employees from the Slip, plus added two more. Gustafson will continue to manage the Hoops taproom while operating the bar. She notes she has an “amazing staff” and is confident in their abilities.

Gustafson is working on signature drinks, in collaboration with local businesses like the Juice Pharm, Duluth Coffee Company and Vikre Distillery. In addition to five different Hoops brews, there will be macros such as Coors Banquet on tap as well as three rotating ciders. Wine and traditional cocktails will also be available.

The bar will feature nightly specials as well as a Saturday Bloody Mary bar. A couple of televisions will be installed for sports fans as well as viewing parties for shows like The Bachelor and The Bachelorette. There’s potential for acoustic music in the future as well.

Customers can bring in their own food or utilize the Hoops Brewing runners for pick up. Gustafson plans to eventually offer Great Harvest pizzas in the bar. The space is also available for private parties.

Gustafson intends to work on increasing the bar’s regular customer base. “Regulars are everything, we plan to take care of them,” she says, and reminds locals that parking is free in Canal Park until May 15.

The Ripple Bar will be open Monday through Friday from 3 p.m. to 1 a.m. and Saturday from 11 a.m. to 1 a.m. Gustafson hopes to eventually be open on Sundays, too. 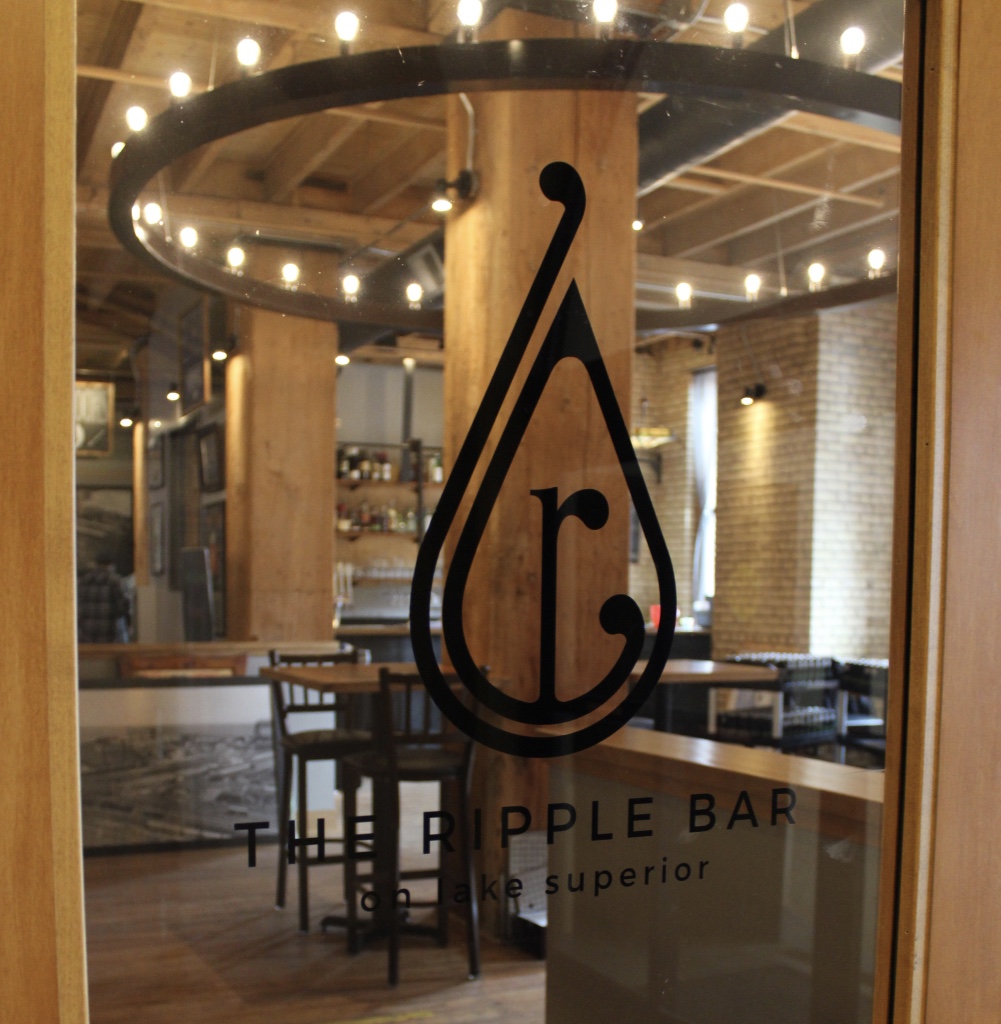