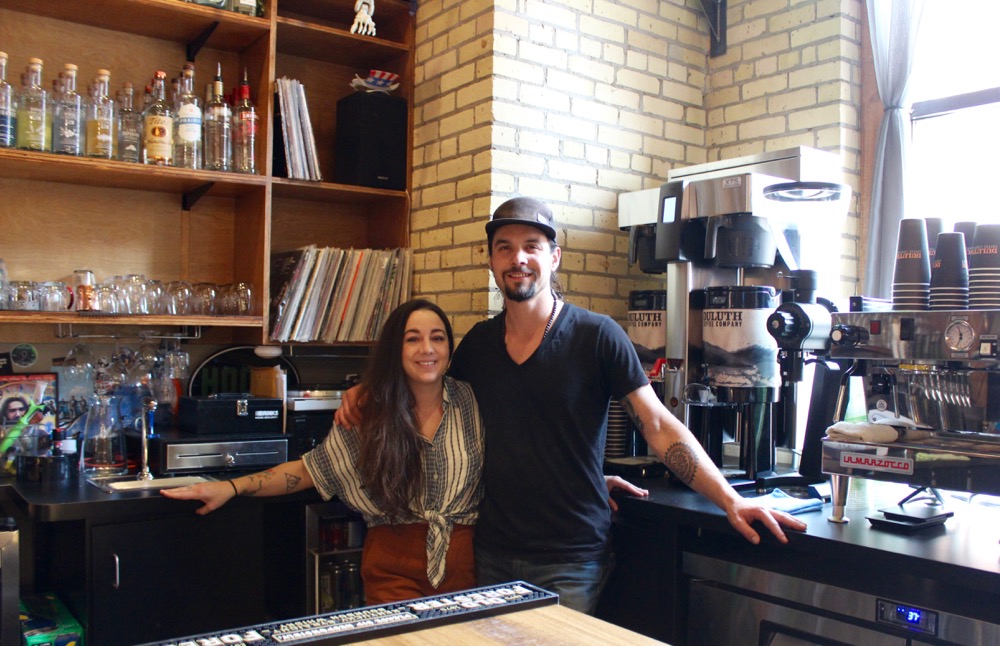 A trio of craft beverage purveyors will be sharing space in Canal Park starting Saturday. Duluth Coffee Company is opening a satellite coffee shop in the Ripple Bar on Lake Superior, which is adjacent to Hoops Brewing in the Waterfront Plaza at 325 S. Lake Ave. Craft-beer pioneer Dave Hoops, owner of Hoops Brewing in Duluth, shares his views on finding a niche, avoiding trends and “promoting the Minnesota brand” in the latest issue of craft-beer lifestyle magazine The Growler. If all goes swimmingly, the Ripple Bar on Lake Superior will open on Friday at 3 p.m. A soft opening was held last night. Craft Beer & Brewing magazine published a list of five “Top New Breweries” this month. Hoops Brewing of Duluth made the list, which was compiled by the magazine’s senior editor, John Holl. A year and a half of planning and hard work has come to fruition. Hoops Brewing is set to open on Tuesday, June 27. Seven stainless steel tanks and a catwalk preassembled with pipes and pumps were lifted off flatbed trucks and squeezed through the stone doorway of a former Canal Park restaurant on March 21.

The equipment, including four huge fermentors and two beer tanks, was hauled inside on heavy duty carts and laid on a new custom-built floor like tipped-over beer bottles. The massive move, which stopped traffic outside 325 S. Lake Ave., was a major step in plans by longtime Duluth brewmaster Dave Hoops to open Hoops Brewing, a beer hall that will match the largest in Minnesota.