What was that thing by the old Arrowhead Bridge? 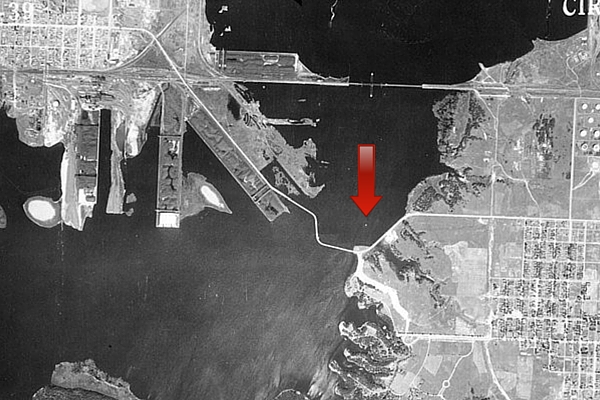 Shortly after the “Postcards from the Arrowhead Bridge” post went up, my distant cousin started calling and emailing with the question, “What was that little thing in St. Louis Bay, on the Superior side of the Arrowhead Bridge, looking north?” So let’s finally get to the bottom of that.

“It was octagonal and made out of brick,” distant cousin remembers while emailing me old, fuzzy black-and-white images. “I think it was owned by Minnesota Power & Light. I’m trying to prove it existed and was not a figment of my imagination.” The object in question can be seen off in the distance in this video, from about the 7:14 to 7:24 mark.

So, what’s the deal? Who can enlighten us?

With 41 out of 41 precincts reporting, Emily Larson and Chuck Horton are the winning candidates in the mayoral race,...