Old Klearflax warehouse is a-comin’ down 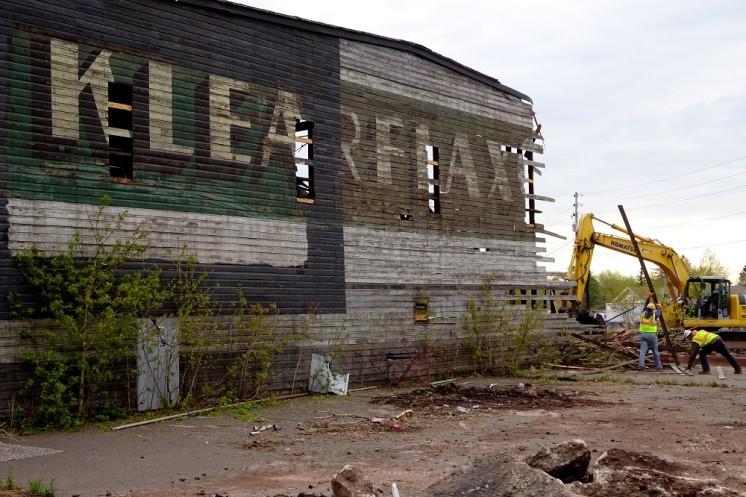 As previously reported on PDD, Walker Display has moved its operations out of West Duluth, and its former location on Grand Avenue is being demolished to make way for a Kwik Trip convenience store. The demolition process has revealed the former exterior of the building’s west side — a reminder that it once served as a warehouse for Klearflax Linen Rugs Co. The company was perhaps best known for the rug it produced for the main entry of New York’s Waldorf Astoria Hotel, which reportedly showed little wear after an estimated 10 million people had walked across it.

Another rug was made in 1939 for the Finnish capital at Helsinki. By this time the company was known as Klearflax and employed 300 people. Barnes sold the company to Romos Enterprises of Ohio in April of 1953. He died in Duluth’s Holland Hotel in 1959.

The Klearflax factory was at 6320 Grand Ave., two blocks east of the warehouse. It was imploded in 1987. It is time again for the Duluth Superior Film Festival’s call for volunteers. This is an international film festival, and...