Walker Display, a locally owned art-display system manufacturer and distributor, is moving its operations from West Duluth to a warehouse at the Airpark in Duluth Heights. Its former location at 6520 Grand Avenue will be demolished in the coming months to make way for a new Kwik Trip convenience store.

Kwik Trip acquired the Grand Avenue property last summer. Walker Display took the sale as an opportunity to move into a newer facility. According to Keith Hildebrandt, office manager, the new location has a front office area that was rebuilt within the past decade, and the manufacturing area was built in November.

The name Walker Display might draw blank stares from most Duluthians, though many have seen the sign outside the building on Grand Avenue and wondered what goes on inside. It’s a business with a 50-year history in Duluth, but a vast majority of its sales are to other markets. Hildebrandt says Walker Display has customers all over the country and even Great Britain.

The company’s focus is on developing innovative picture-hanging systems for art galleries, homes or a variety of commercial buildings. As Hildebrandt describes them, the systems offer adjustment options far beyond the limits of a nail in the wall. Connected to a horizontal track are multiple vertical tracks to which items are attached for display, allowing them to be moved up, down, left or right for quick and easy rearrangement.

According to Hildebrandt, most of Walker Display’s customers are libraries, schools and colleges — places one might expect to see walls covered with posters, pictures and other decorative artifacts. Duluth’s City Hall uses a Walker Display system to cover its walls with everything from large paintings to portraits of city officials. 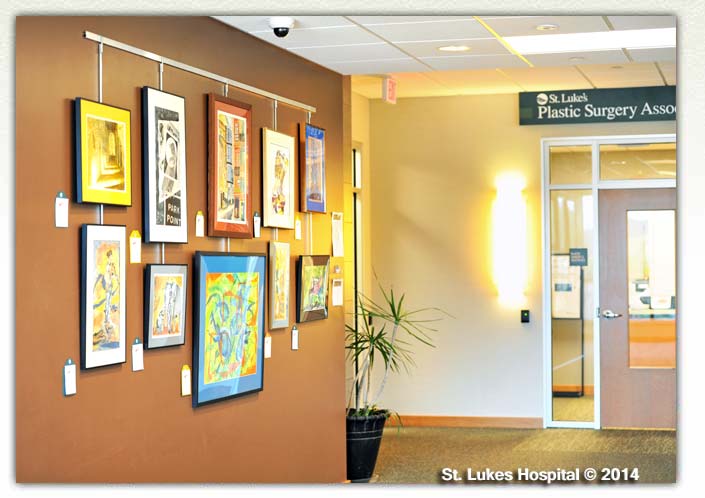 Sales ebb and flow with the seasons, causing the number of employees at Walker Display to fluctuate from seven to 12. Spring is the busiest season, so the disruption of the move has pushed the company to spend extra hours in recent weeks to get things in order. Hildebrandt says the move has been made easier because many employees were with the company during its previous move 17 years ago.

Walker Display was founded by Walker Jamar in 1966 and was located in the GE Supply Building in Canal Park until KBJR-TV took that building over as its headquarters in 1998. Prior to Walker Display’s move to West Duluth, the building at 6520 Grand Avenue was home to Porky’s Building Supplies for nearly two decades. Dura Top Fabricators, a countertop manufacturer, occupied the building from the late 1960s to the end of the 1970s.

After Walker Display’s latest move, which must be completed this week, all manufacturing will be done in the new warehouse at 4000 Airpark Boulevard.

The timeline for construction and opening of the new Kwik Trip on the corner of Grand Avenue and Raleigh Street hasn’t been released. Steve Wrobel, a representative from Kwik Trip’s Communications Department, says the company plans to open six to eight new stores in the area within the next year. Two summers of road reconstruction on Grand Avenue will extend the upheaval at that location.

The re-siding job going on at the apartment building at 6301 Grand Ave. exposed this sign for Joseph A. Lundeen's...