Minnesota-born comedian Louie Anderson starred in a CBS sitcom in 1996 that was set in Duluth. It didn’t last long. Six episodes were produced; five were aired. None of the episodes were shot in Duluth, but the opening theme featured Louie in a sweatshirt with “Duluth” across the chest and some transition footage was shot in Duluth. The show is not available on DVD or streaming on Netflix, but thanks to old VHS copies floating around town we’ve been able to pull together excerpts from four episodes (see below). 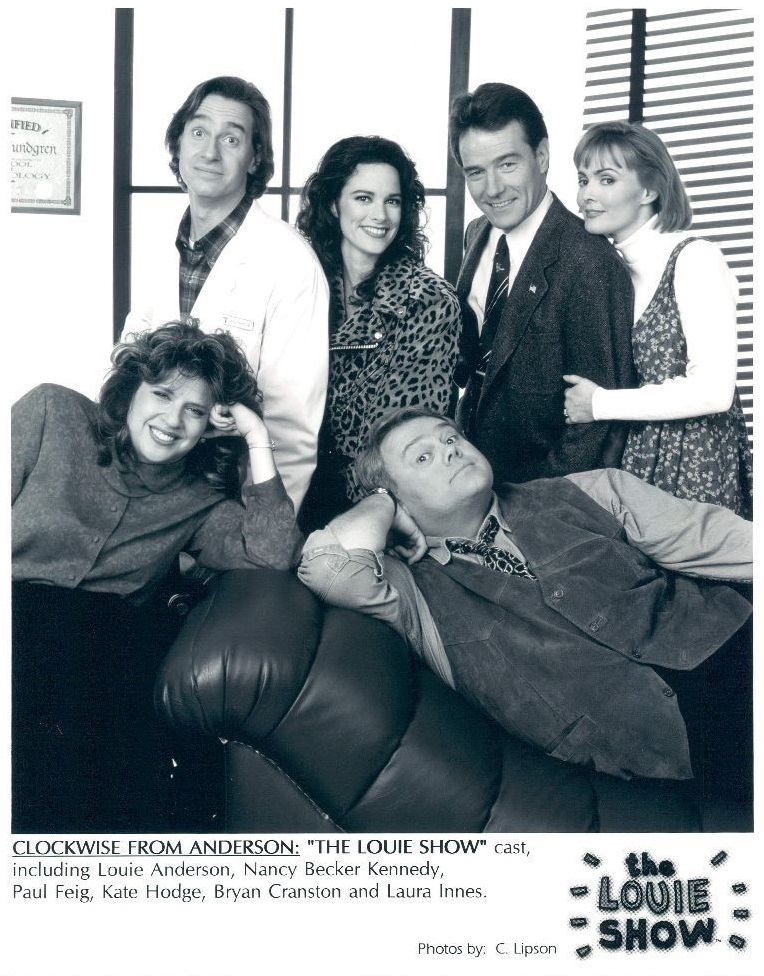 Bryan Cranston, the actor famous for his roles in Breaking Bad and Malcom in the Middle, along with a number of hit movies, played a character in the show. Kimmy Robertson of Twin Peaks fame also had a role, as did Paul Feig, who created Freaks and Geeks and directed episodes of The Office, Arrested Development, 30 Rock, Parks and Recreation and Mad Men.

In The Louie Show, Louie Anderson played Louie Lundgren, a psychotherapist who deals with the problems of his friends and family. Wikipedia has a page for the show now that includes synopsis of the plots gleaned from TV Guide.

Episode 1: “Take Two Donuts and Call Me in the Morning”
Directed by Asaad Kelada
Written by Matt Goldman and Louie Anderson
Air date: Jan. 31, 1996
A roof repair leads Louie to believe he’ll need a roommate to help defer costs, and his first prospect is a breathy Californian. Meanwhile, he encounters a hostile patient at work.

Episode 2: “Louie Gets Suspended”
Directed by Asaad Kelada
Written by Don Foster
Air date: Feb. 7, 1996
Louie is late for his first meeting with a new supervisor, and she suspends him for a week.

Episode 3: “Under The Rug”
Air date: Feb. 14, 1996
On Louie’s advice, Eddie removes his toupee, and feels so liberated he decides to reveal something else about himself: his love of cross-dressing.

Episode 5: “Louie’s Little Trip” [No clip available.]
Directed by Joanne Gleason
Written by Don Foster and Jhoni Marchinko
Air date: March 6, 1996
Louie goes to the hospital, but a tiff between Curt and Gretchen sends him, zonked on morphine, back out in search of them.

Episode 6: “A Brush with Bob” [No clip available.]
Air date: Unaired
One of Louie’s patients — an admitted embezzler — asks Gretchen for a date, and Louie tries his best to discourage it.

History, Videos Louie Anderson, References to Duluth in Film/TV or Other Media

Duluth doesn't have an exclusively vegetarian restaurant, but there are a number of places that go out of their way...