On May 17, 1996, the University of Wisconsin-Superior held its 100th commencement ceremony at Siinto S. Wessman Arena. Dr. Joe Domitrz, Dean of the College of Business and Economics at UW-Whitewater, gave what had to be one of the most overshadowed commencement addresses of all time, because Arnold Schwarzenegger took the microphone a bit later to accept an honorary Doctor of Human Letters degree.

The event was carried live by KUWS Radio and Schwartzeneggar’s remarks were later rebroadcast on the KUWS program Between the Lines. Captured in the video above is the radio rebroadcast played on Public Access Community Television in Duluth back in ’96. 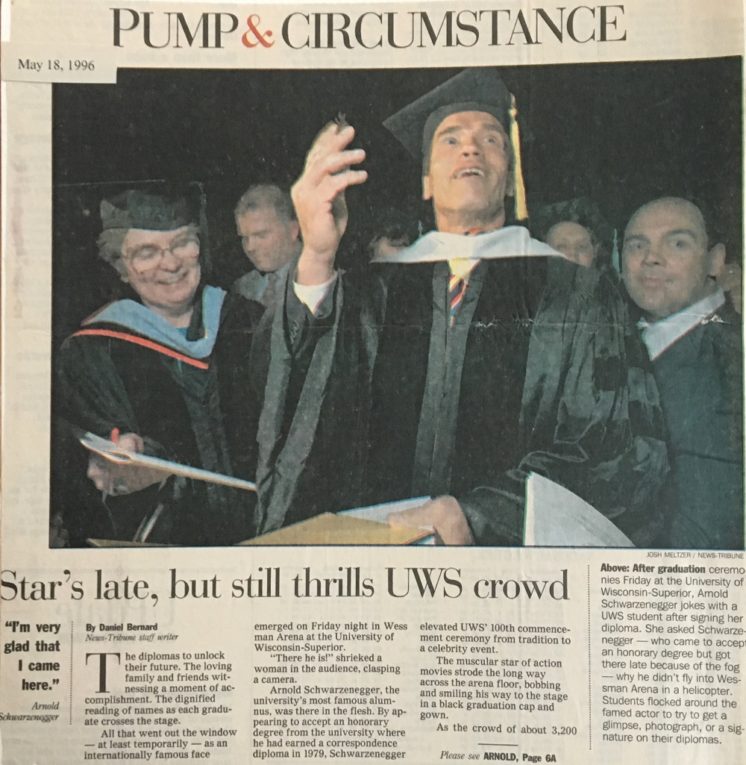 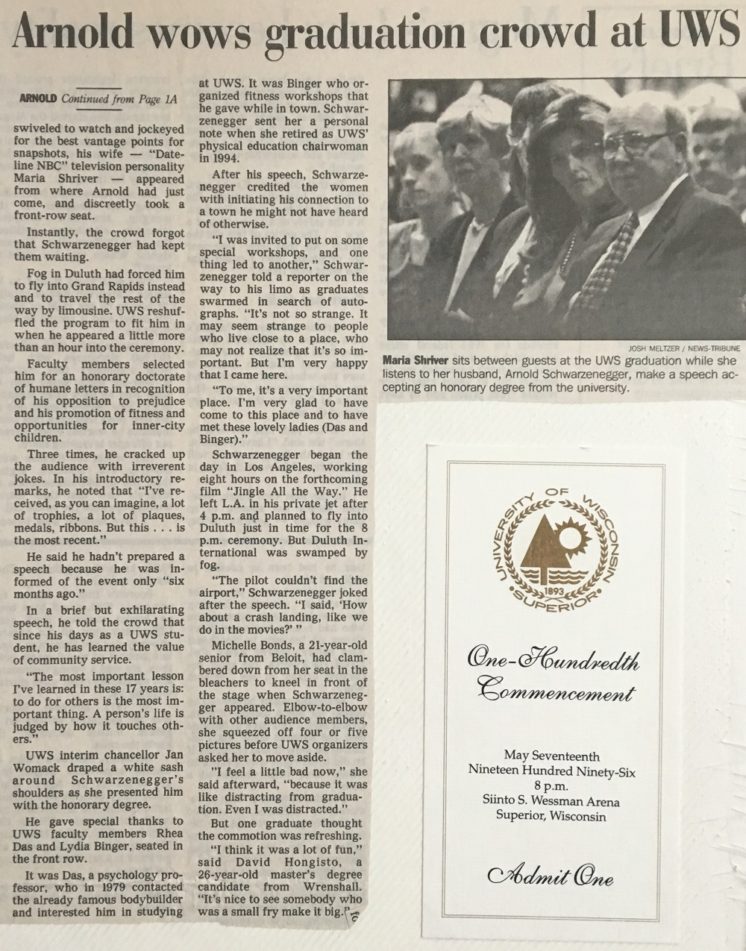 A Day of Art and Craftiness

Saturday was a day of art and craftiness, and I mean that in more than one way.