UPDATES: * The Facebook Event Page for Doug’s Memorial is here. It takes place at Clyde Iron Works on Saturday, March 9th, 2013. Attendees are encouraged to wear something vintage if they are so inclined. Everyone is welcome.

* Another gathering took place March 2 at Tycoons and there is a nice write-up about it in the Duluth News Tribune: Friends Remember Vintage Clothing Collector’s Generosity. 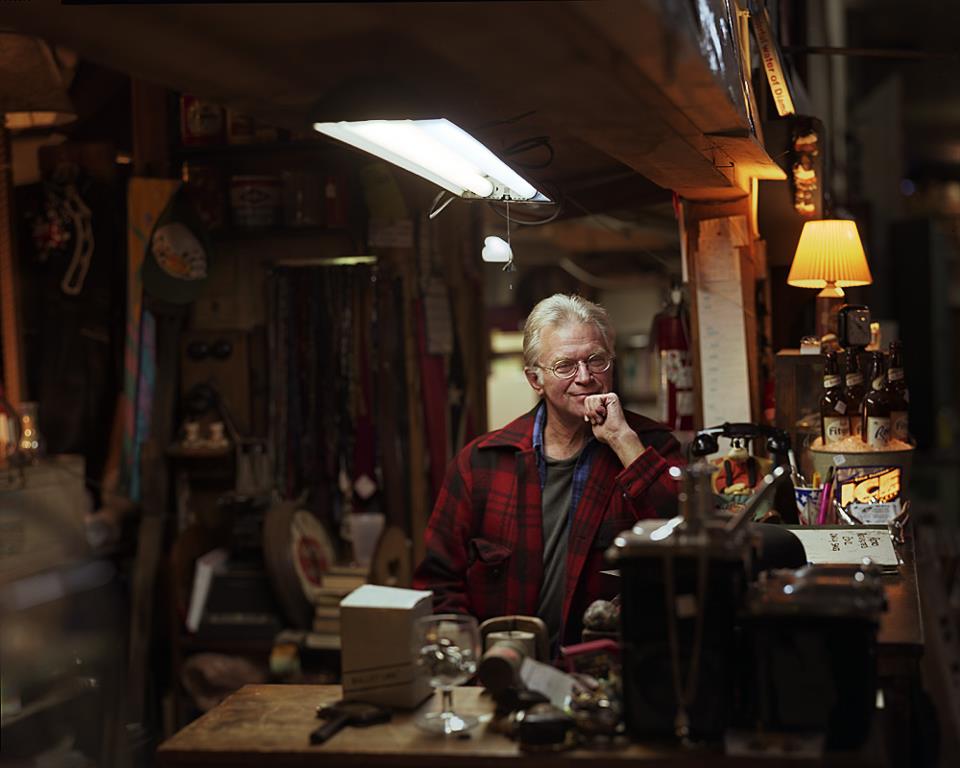 Doug was well known around Duluth and actually far and wide for his vintage costumes, furniture and decorations. His most recent business incarnation, the Retro Mall on First Street, was profiled on PDD last year: here.

Doug was also very well known as a friend to many, including many cheapskate artists and performer-types. There used to be a sign in his costume shop that read “Friends of Doug Pay Double” or something like that. But his friends didn’t pay double. My memories of Doug are of him always being ready to help out a friend, usually on short notice, and always on a budget. I was involved in a few businesses in the 2000s and Doug made immeasurable contributions to those endeavors, especially at the NorShor and Speedy Wienie. Immeasurable contributions, always for free or cheap, and always with amazing grace and kindness.

Another miraculous gift of Doug’s was his ability to come up with great ideas for a look, a style, or a project. And then he could help you find the supplies to make it happen.

Doug would occasionally work with film crews who were working in Duluth. He helped out with costuming on the Academy Award nominated 2005 film North Country. Doug often related how he was told by the Hollywood pros who toured his extensive costume collection that he should insure his collection for at least a million dollars. Like Doug himself, it turns out, his collection was actually priceless.

According to someone close to Doug, the word is that he was helping a young guy who needed a couch when he fell down an elevator shaft and later died of his injuries. I am not surprised that he was helping someone, but I was shocked to see that he died.

One of my prized curio possessions that I got from Doug is a giant, white tarp. “That I’m going to have to charge you for, JP.”

“How about ten bucks.”

We called it “the Love Tarp” and I used to set it out at Movies in the Park because it was easy to find, and big enough for a big group of people. Everyone was welcome. And that, in a way, is a bit of a tribute to Doug all by itself.

At risk of setting off an avalanche of flaming comments here on PDD I am going to post this interview...