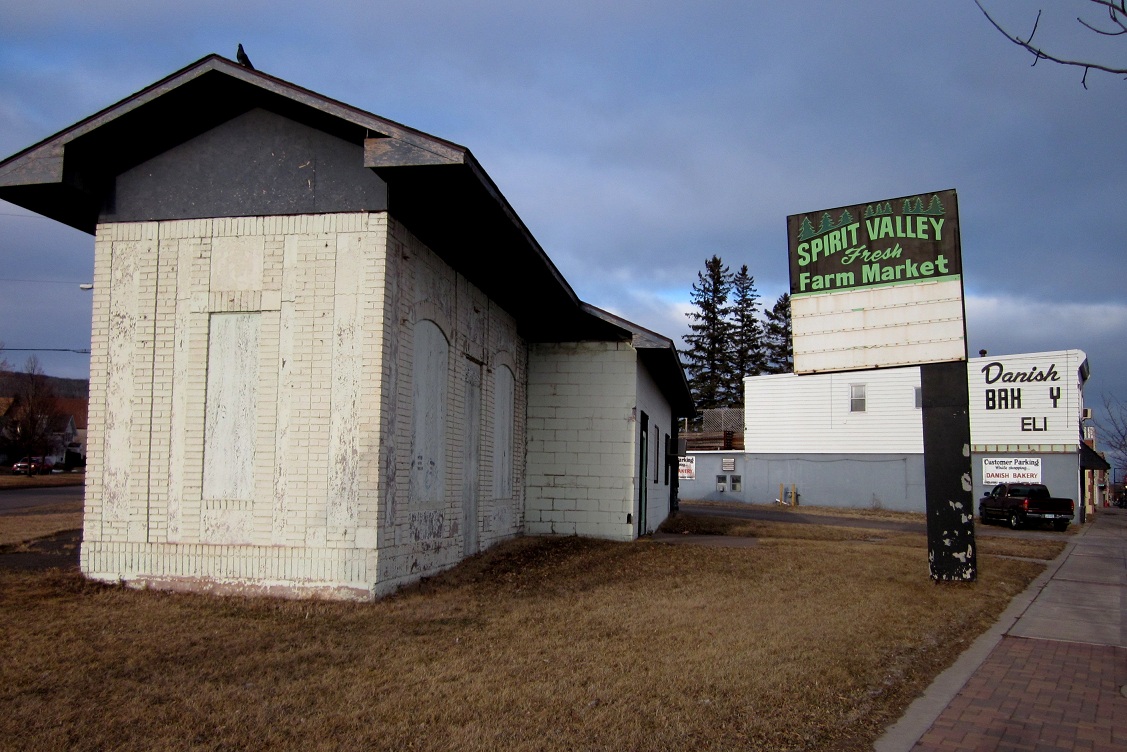 Was the place with the Spirit Valley Fresh Farm Market sign a farmers’ market at one time? As near as I can tell, the answer is yes. I can’t really verify it was a farmers’ market, or provide any details about how it operated, but the 1984 city directory does list a “Spirit Valley Fresh Farm Market” at 5831 Grand Ave. in West Duluth. Karen H. Linder was listed as the proprietor.

The market must have came and went quickly, because it only appears in one city directory and no one I’ve asked about it seems to remember a market there.

The building is listed as “vacant” after 1984, and then as a “garage” for the neighboring Danish Bakery, which closed in 2001. Dennis Swanson owned the bakery for 32 years. He died in 2008 after a battle with cancer. Swanson’s parents-in-law, Gordy and Betty Mathison, opened the Danish Bakery around 1953. Before that, Betty’s parents owned a Danish Bakery in Superior.

Swanson’s daughter, Debra Vargason, owns both the Fresh Farm Market and Danish Bakery buildings. The market building appears to be used for storage these days. The bakery has apartments above it.

Prior to being the Farm Fresh Market, the brick and cinder-block building was Purr-fect Motors, a used-car sales business. In the 1970s it was Kreidler Auto Sales (the street number was listed as 5827 then; it must have changed for some reason). According to the city assessor’s records, the building was constructed in 1968.

During the 1950s there was a Carlson Service gas station there, run by Clarence E. Carlson. Going back to the 1930s the street number was listed as 5829 and it was the Northwestern Oil Co. filling station.

We are looking for volunteers on Mondays and/or Wednesdays from 2 to 5:15 p.m. (or any chunk of time in...