I first took notice of this graffiti in the late 1980s. It’s on the side of the old West Duluth Hotel building, which for many years now has been home to the Italian Village, along with various other businesses.

I went to school with a guy named Mike Page and I always figured he was one of the culprits. The photo above was shot today, which illustrates the lasting power of spray paint on the side of a brick building. The photo above was shot by Roger Nesje in 1982. It appears to be the same graffiti on the side of the building. 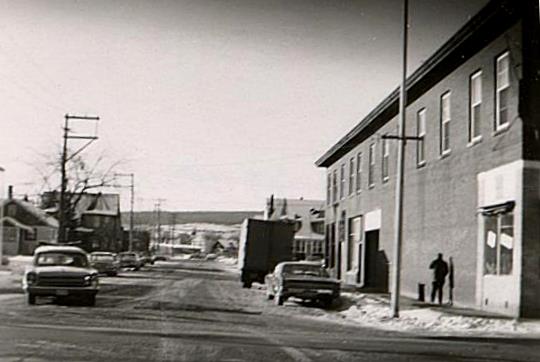 Mr. Nesje shot this one in 1971. It’s hard to tell for sure from this angle, but it looks like the same graffiti! That would rule out the Mike Page I grew up with.

Somewhere out there must be three very grown up guys who, if they are still alive and in Duluth, have to hate themselves for this. (Hopefully they weren’t framed! It would be a shame if three innocent people had their names infamously tarnished for decades … which is probably the case because it would take some serious balls to paint one’s own name in such a visible spot.)

Anyway, Mr. Nesje’s father or one of his aunts shot the 1935 photo below. No graffiti! A new registration session begins March 14th (just a couple of weeks away)! This includes over 20 weekly (open and...