The clips above are from the 1959 film The Minnesota Woolen Company, obtained by Perfect Duluth Day via the Kathryn A. Martin Library Archives & Special Collections at the University of Minnesota Duluth and shared with permission from the St. Louis County Historical Society. For those who want to fully nerd out on this, the complete film can be viewed below.

Minnesota Woolen Company was founded in 1916 by Nathan and Abraham Polinsky. It became one of Duluth’s major industries, employing hundreds in the manufacturing, sales and distribution of clothing. Minnesota Woolen was a pioneer of mail-order sales and was said to account for more than 10 percent of packages handled by the Duluth Post Office during the company’s heyday.

Abraham Polinsky retired in 1958 and moved to San Diego. When Nathan Polinsky died in 1964, his sons Jerrold and Richard took control of the company.

Sales began to decline in 1974 and the business was foreclosed on in 1977. More on the downfall of Minnesota Woolen can be read in the Corporate Report story “Jerry Polinsky tries his luck in Atlantic City.”

The full-length version of the Minnesota Woolen film is for serious wool nerds and those of you fascinated by the manufacturing process. It opens with a segment titled Wool o’ the West, filmed and produced by Dick Pfeifer, about the Portland Woolen Mills of Portland, Ore., which processed the wool used by Minnesota Woolen Mills in Duluth. The Minnesota Woolen Company Story kicks in at the 12:40 mark and a final segment about a prize drawing attached to Minnesota Woolen’s 1959 Sell-a-thon promotion begins at 43:45. 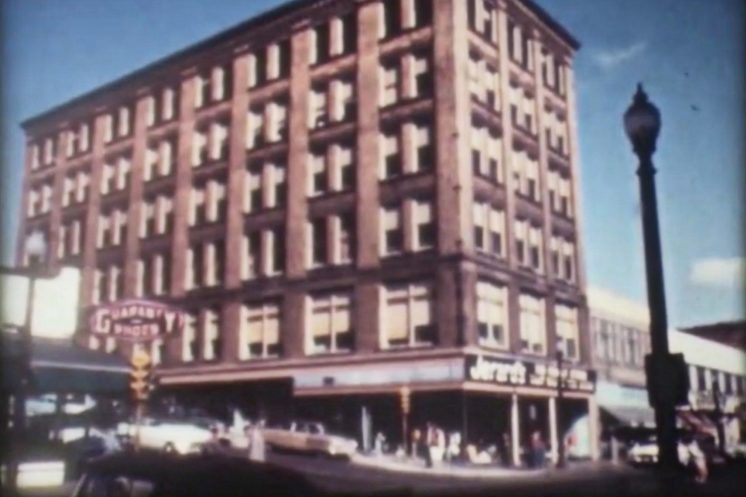 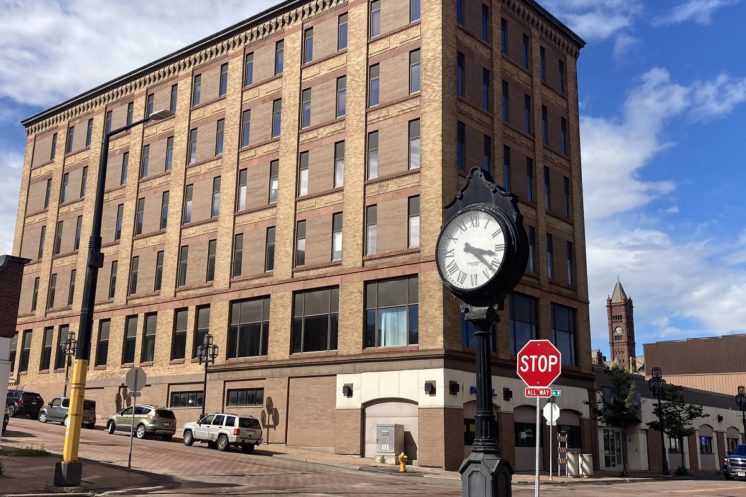 The main manufacturing and distribution building — referred to in the film as “plant number two,” was at 131 W. First St. The building later became home to Advanstar and is now used by HCL Technologies. 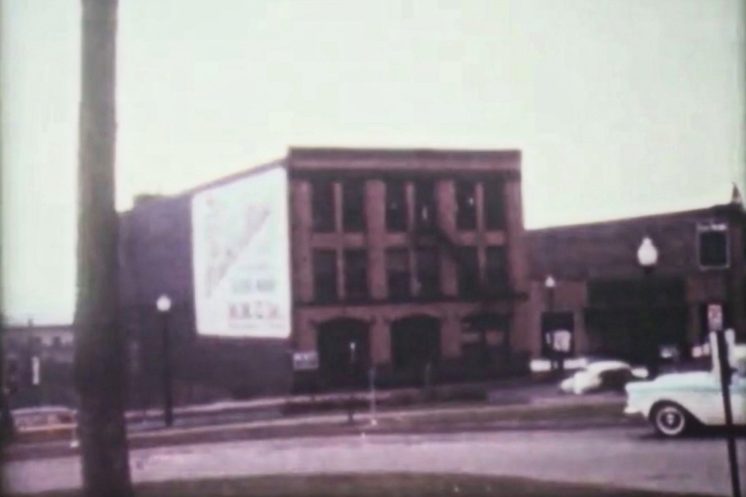 Minnesota Woolen’s manufacturing subsidiary, Minnesota Manufacturing Company, had its plant at 514 W. First St., roughly where the parking lot is next to the extinction off the Radisson Hotel today. The MMC building was demolished in the mid 1960s, so although it looks like the Radisson extension is pretty much the same size and location as the old plant, it’s not the same structure. 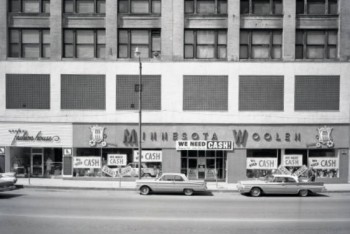 The retail store at 21 W. Superior St. wasn’t shown in the film, but an archival photo is available. Above is the old photo with an accompanying modern image of the building, which is now known as Lake Superior Place, home to LHB Corp. and Allete Clean Energy. Circa 1973 the retail store was renamed Fashion Wagon Factory Outlet.

Minnesota Woolen expanded into another building at 737 E. Superior St. in 1970, but there are no available photos of that. The location today is a tree-lined area above the I-35 tunnel, across the street from Va Bene Caffé.