Duluth aerial photos, then and now, compared and combined Sometime back, I included an aerial photo in a PDD comment and realized that because they are taken from straight overhead, the photos on Minnesota Historical Aerial Photographs Online can be matched up pretty easily with Google’s current aerial imagery. And then I put that thought aside for quite some months until I finally came back to it and put together this seven-part series of aerial photos showing places in Duluth that have changed somewhat dramatically over the past decades.

Highway 53 and the West End/Lincoln Park

The images below show how highway construction changed the neighborhood west of the Point of Rocks:

And this combined image shows what the neighborhood would look like without Highway 53 cutting through it: The images below show how little development there was at the top of the hill in 1961:

And then this image shows the lost green space blended with the retail development: Downtown and the Incline Railway

Perfect Duluth Day has posted a number of pictures of the Incline Railway, which operated on Seventh Avenue West from 1891 to 1939, such as this one from the Minnesota Reflections site: Because the Gateway Urban Renewal Project of the 1960s transformed the area around the base of Seventh Avenue West, I’ve always had difficulty picturing how the Incline Railway fit into the downtown landscape. The images below shows the western edge of downtown in 1939 and 2021, with the route of the Incline Railway outlined in red in both photos:

And then this image overlays the 1939 photo on top of the 2021 photo with some of the places that haven’t changed much over the past 80 years clipped out, including the eastern half of Cascade Park on the upper right of the image: The Civic Center and Train Depots
The image below shows more detail of the same area, showing how much the Gateway Urban Renewal Project changed the blocks leading up to the civic center. It also shows how the Union Depot survived the end of passenger train service to Duluth but the Soo Line Depot, one block up and over and on the other end of the block from the start of the Incline Railway, did not.

And this image alternates between the two periods to emphasize what has changed and what has not: 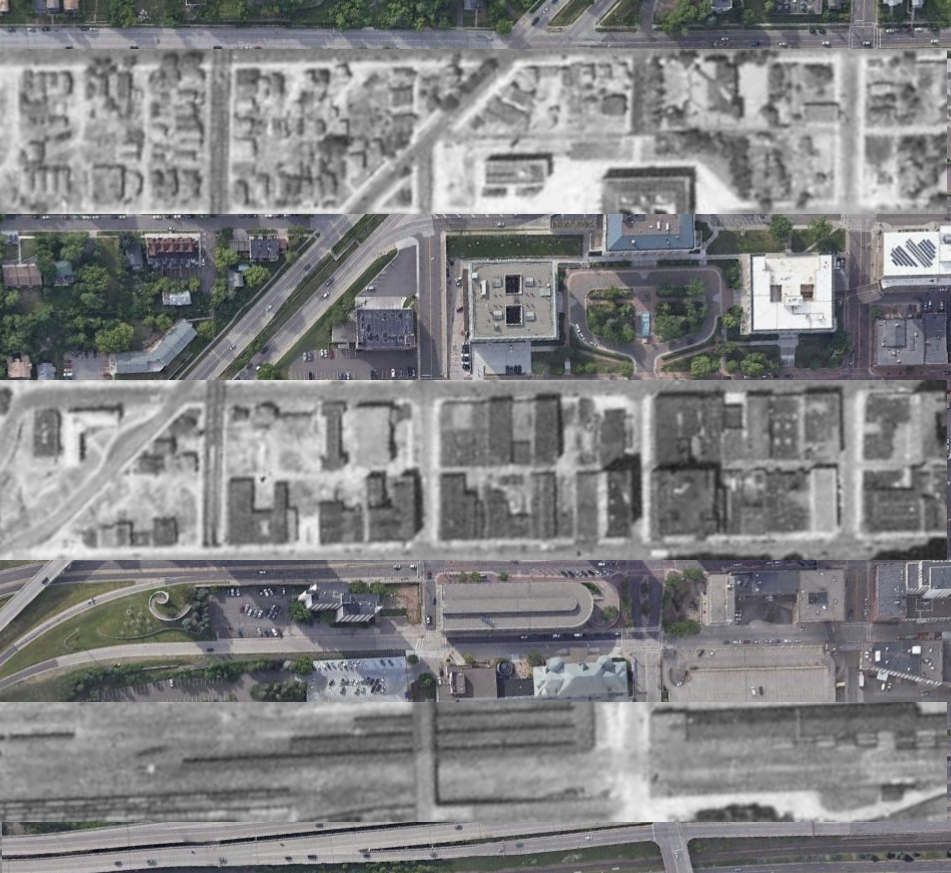 The next image shows what the site might have looked like today if one more person in the Minnesota Senate had voted for a tax incentive package in 1971 that could have kept the plant open: And finally, this series of four images shows how the upper UMD campus has transformed over the past 70 years from an empty field into an incredibly dense network of buildings: 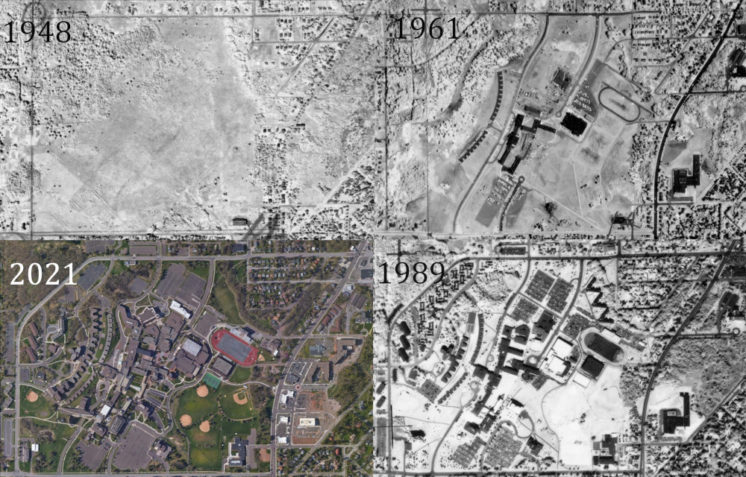 History, Photos Then and Now