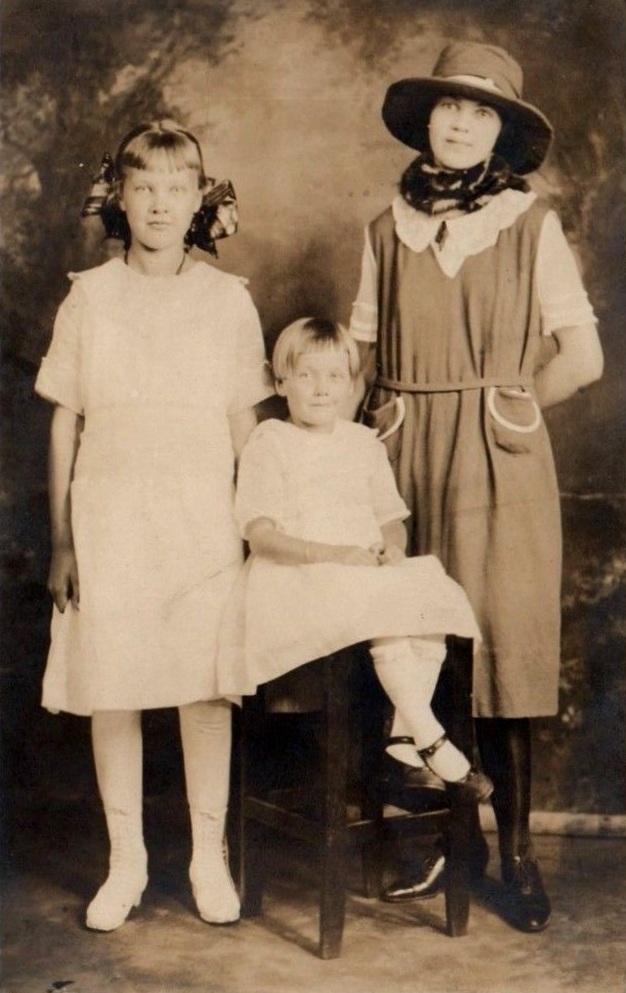 This postcard photo was taken at Arcade studio, 110 W. Superior St. in Downtown Duluth. Based on a few other Arcade photos, the prevailing theory is that the studio was called Penny Arcade until about 1915 and then became simply Arcade, or Arcade Camera Shop/Studio or Arcade Photo Supply Company. Thomas W. Furniss was the proprietor.

Who are “the girls”? Well, that detail might be lost to history.

The handwritten note on the back of the card reads:

This was taken when in Duluth this summer but is not very good. The girls took it just for fun. Donation amount: $ (Enter the amount of your choice.) This month marks two years of the pandemic messing up all...