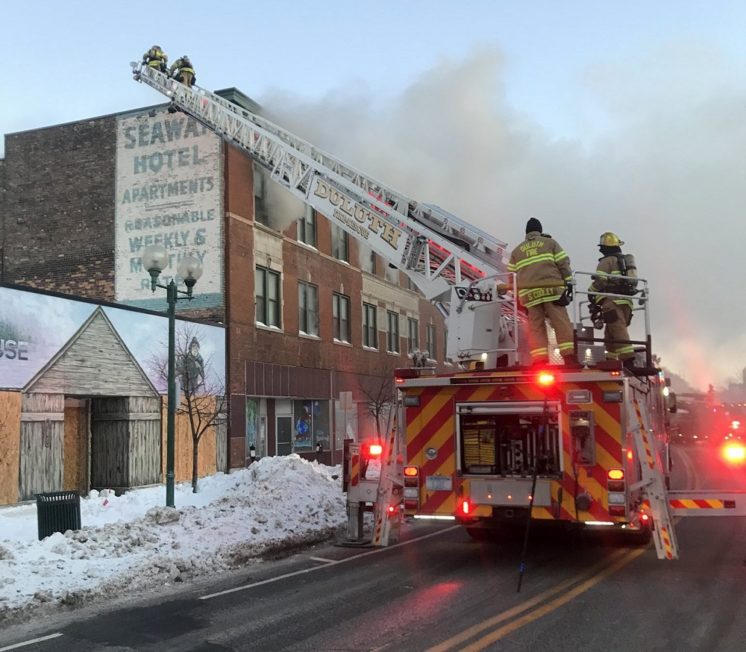 Welcome to 2022! This week’s quiz looks at headlines and happenings from this first month of the new year.

In honor of the upcoming games, the next PDD quiz will look at Northland Olympians; it will skate your way on Feb. 13. Submit question suggestions to Alison Moffat at [email protected] by Feb. 9.

You know your news! Bravo! The brewery is still at least four months away from opening; the Duluth New Tribune has more on the story here.

#2 This building, formerly the Seaway Hotel, burned in a fire on Jan. 10.

Read more about the fire on PDD. #3 Rep. Liz Olson announced plans to run for another term in the Minnesota House of Representatives. Which district does she serve? WDIO has more on the opening here. #5 This comedian, who starred in an eponymous sitcom set in Duluth, died on Jan. 21.

PDD has links to The Louie Show here. #6 Drew Digby announced his departure from this regional organization.

The Duluth News Tribune has more on the story here. #7 The American Century was the last commercial vessel to arrive in the Duluth Superior harbor for the season. On which day did it arrive?

The ship will spend the winter at the Enbridge dock in Superior. #8 This hotel’s restaurant and bar will undergo rebranding this spring. #9 Chris Swanson, mayor of Two Harbors, made waves this month when he floated this idea.

The Duluth News Tribune has more on the story here. The puns were unavoidable. The Star Tribune has more on the story here. Check out Substreet for more history on both buildings.

I push through the door — it’s late, but the massive cowboy hat on the roof glows red — and...