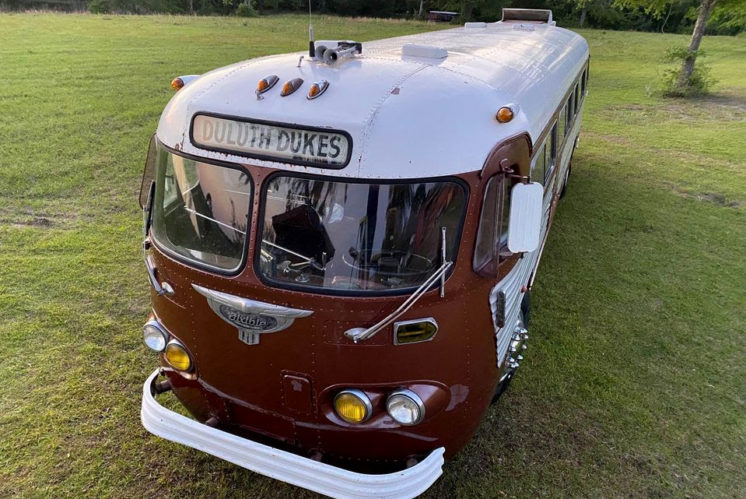 An interesting ad for a 1956 Flxible Visicoach popped up May 4 on Facebook. The destination sign on the bus reads “Duluth Dukes.” Apparently, it’s a former team bus.

The Duluth Dukes was a minor league baseball franchise in the Northern League that played off and on in different forms from 1935 to 1970 and again from 1993 to 2002.

The Dukes tragically wrecked a bus in 1948, killing the team manager and four players, along with the driver. The team likely used a different bus in the seasons that followed and eventually acquired the Flxible Visicoach.

Asked about the bus, the current owner offered some history provided by the previous owner:

The bus history as near as I was able to piece together was it was made the last day of 1955 and titled by the factory in 1956 as a 1956. It was sold to Bort Bus Co in Pennsylvania who ran it between cities. It was next sold to the Duluth Dukes. The farm club for the Detroit Tigers and used as team bus. The destination roller on the bus contains cities in MN and Wisconsin. The team sold it to a guy in Minneapolis who converted it into a motor home which is what’s in it now. Later sold to a guy in Texas. He loved the bus. Did the brakes and tires. There’s some extra parts. Two new windshields. He sold it to two doctors in Oklahoma. They drove the bus to West Virginia and wanted a more newer flxible and bought a flxible with the eyebrow windows. I bought it from them as they had two buses and lived in a nice neighborhood and the neighbors were getting tired of looking at two old buses. I love my bus, but I’m living in Iowa. No place for it. Want it to go to a good home.

Below is the text accompanying the Facebook ad placed by the current owner, along with a few more photos.

I bought this with the intentions of swapping in Cummins/Allison drivetrains and making my dream Rv. I don’t really have enough time and have decided to try to sell it. The 401 GMC big block V6 runs and drives but is running a little rich. I put about 40 miles on it but it was having a hard time climbing hills so I shipped it back home rather than driving it. The air compressor is slow to build pressure but the rest of the air brake system was replaced a few years ago. I haven’t used any of the RV related items and not sure if they all work. The dinettes make into beds on each side. The shower is on the passenger side and the toilet is on the driver side. 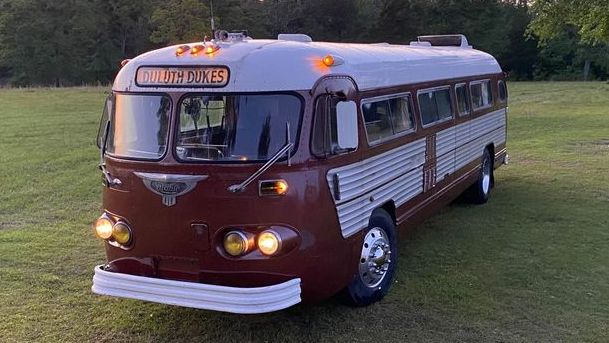 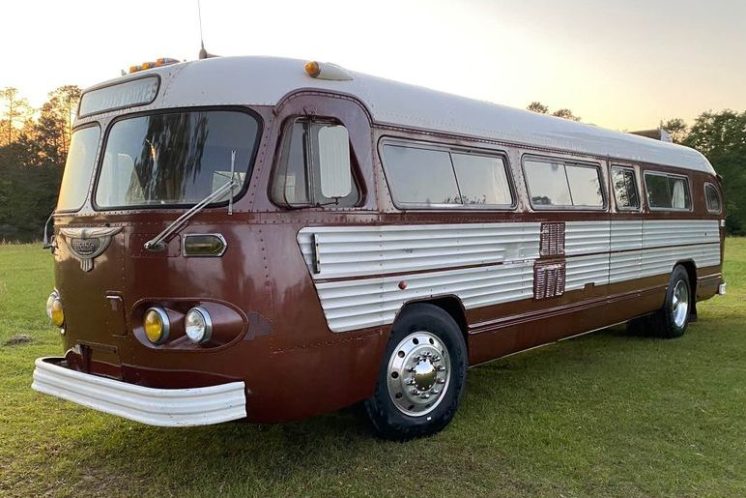