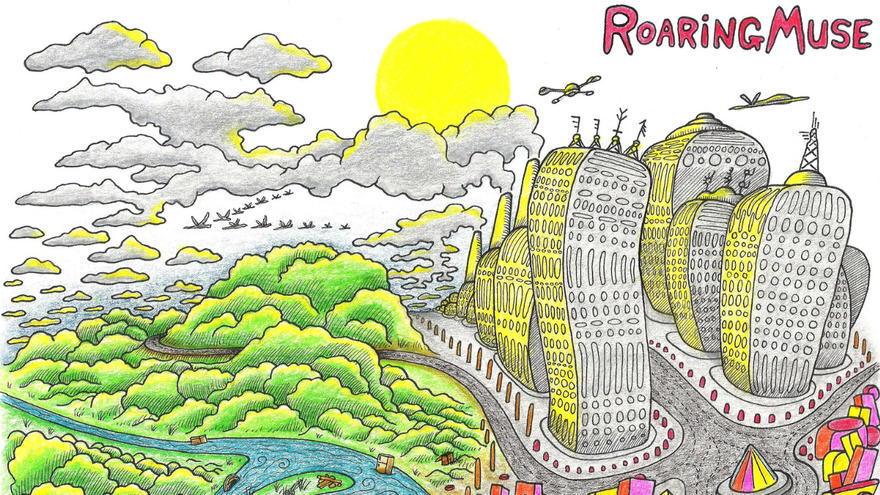 UMD’s literary magazine Roaring Muse is a student-led magazine that was started in 1997 by UMD’s Literary Guild. Often including poetry, prose, and artwork, and edited by students, Roaring Muse sought to highlight the great work by UMD’s community, and at one point solicited submissions from community members outside the campus. Since its beginnings in ’97, the magazine has been published on and off and is currently back up and running.

Professor of Rhetoric David Beard, reached out to the Library’s archivists in late 2019 with a few issues of the magazine. His goal was to digitize the full set so that it would be available to more people and for many years to come.

“Digitizing the university’s past is essential to mapping its future. Bringing decades of Roaring Muse into the public eye helps us build the programs, and attract the students, that will carry UMD into the future,” said Beard.

Did you write for Roaring Muse anytime in the past? If so, comments below with your story — what you wrote, when you wrote it, and what happened in your writing and reading life since.

The postcards shown here were sold at the Douglas County Historical Museum circa 1949. Above is the pioneer kitchen display...