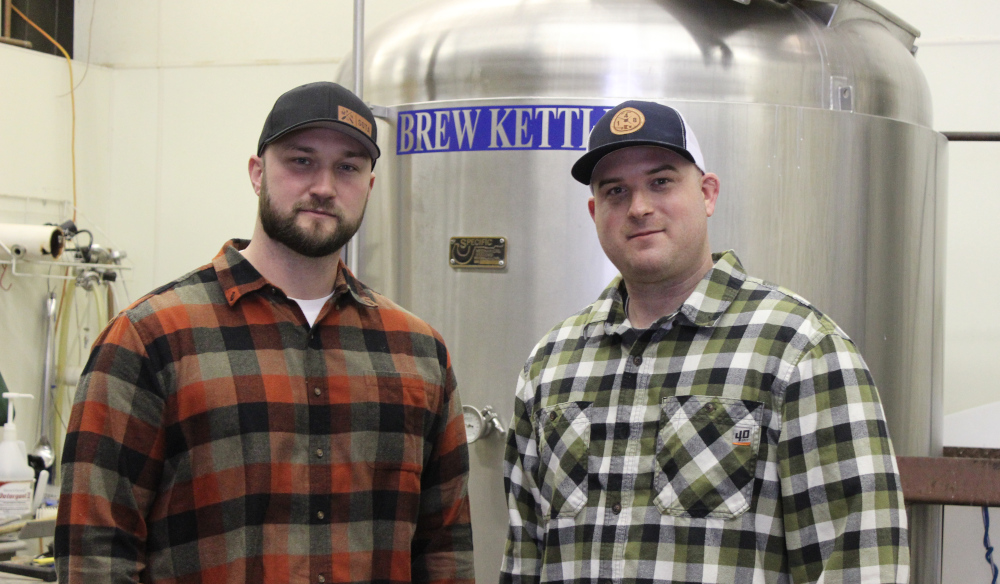 A new veteran-owned brewery is moving into the former Lake Superior Brewing Company space at 2711 W. Superior St. Owners Matt Caple and Ben Gipson plan to have Warrior Brewing Company up and running by April to be sure their product makes it to liquor stores before summer.

The duo met in 2019 during a collaboration brew day with a group of veterans at Canal Park Brewing, where Gipson was head brewer. A portion of proceeds from the Veterans Tribute Triple IPA they created went to support Lake Superior Warriors, a hockey team Caple started for disabled veterans.

The success of that initial brew day led to another Veterans Day batch in 2020. Caple and Gipson continued to bond over their passion for craft beer, shared military service, and interest in helping fellow veterans.

Then Gipson was furloughed in November due to the pandemic. Instead of waiting to go back to work when Canal Park Brewing reopened, he and Caple decided to team up and build their own brewery.

The timing was right to purchase a 15-barrel brewing system from Lake Superior Brewing and lease a portion of its old space at the King Building in Lincoln Park. Seth and Sarah Maxim recently bought Duluth’s original microbrewery and have plans to bring the Lake Superior brand and recipes to a brewpub that’s in the works in Lakeside. But their operation won’t require such a hefty brewing system.

Giving Back to Veterans

Warrior Brewing will give back to causes that benefit veterans, building on the spirit of those initial veteran brew days at Canal Park Brewing. “What we decided to do is basically go bigger and make a brewery with this whole mission,” explained Gipson.

By the second year of operations, Caple said the goal is to be able to give “substantial donations” to local organizations that serve veterans such as 23rd Veteran and the Disabled American Veterans Chapter 6 in Duluth as well as the local VFW and American Legion.

“I’ve gone through some of these veteran programs, and they helped me out a lot for my transition from military to civilian,” said Gipson, who is an air force veteran. “I see this as a way of sharing my passion with other people, but also being able to give back to those programs that helped me out.”

Caple, an army veteran, also emphasized the importance of supporting such nonprofits and spreading awareness about their services. Gipson and Caple acknowledge that it’s difficult for veterans to talk to family or friends who haven’t served about the challenging aspects of their time in the military, which can be isolating.

When he left active duty, Caple started Lake Superior Warriors because he wanted to give back. He also felt like something was missing in this life. He’s seen the difference being a member of the team makes for people. “I think they feel like they’re a part of something again, which could be the difference … to just change their lifestyle and their habits and maybe come out of the isolation inside of their head.”

Besides financial support for veterans’ programs, Warrior Brewing has a mission to boost veteran morale by inviting them to take part in educational brew days. “We think that will be a good opportunity for a lot of veterans who might just be stuck at home or afraid to kind of get out to socialize and build up camaraderie with one another,” Gipson said. Caple also noted that learning about the brewing process may help open horizons and a new potential career path for veterans. Gipson will be Warrior Brewing’s head brewer. He started homebrewing while stationed in California in 2010 when the craft beer scene there was really “starting to boom.” In 2017, he moved to Duluth with his wife, who’s from here. He had decided to become a teacher. But then a job opened up at Canal Park Brewing and he couldn’t pass it up.

When the previous head brewer, Ryan Woodfill, took a job at Lake Superior Brewing, Gipson and the other assistant brewer became co-head brewers. Eventually, he took on the head brewer role.

Caple was exposed to good craft beer while in Colorado with the Army Reserve. He won a homebrew kit at a Christmas party, which led to an amped-up hobby and some volunteering at Rocky Mountain Brewing Company.

When Caple moved back to Duluth, he joined the Northern Ale Stars and credits the homebrew club with providing “copious amounts of education.” He has an MBA and will be Warrior Brewing’s director of brewery operations.

Warrior Brewing will employ a small production brewery model. Gipson said they intend to brew in 10-barrel batches, and he estimates producing about 350 barrels per year to start (for comparison Lake Superior Brewing produced 2,000 barrels in 2018).

The brewery will self-distribute to liquor stores and won’t have a taproom for the foreseeable future, which was a decision made considering COVID-19 constraints. Warrior Brewing’s product will mainly be packaged in four-packs of 16 oz. cans. They’ll also bottle some of their small-batch, specialty beers.

Gipson plans to brew a standard lager to appeal to the masses. Warrior Brewing will also have a fruited, kettle sour series because it’s a popular style right now. Otherwise, the plan is to brew “really big beer” according to Gipson, “high gravity and really flavorful.”

A New England style double IPA will be on the regular rotation. It will vary each year based on a hops blend chosen annually by veteran brewers at the national Craft Brewers Conference.

A Russian imperial stout will round out the roster of flagships and will be the base beer for Warrior Brewing’s barrel-aging program, according to Gipson. “Our main focus for the brewery would be those specialty beers that aren’t always on the shelves, or they’re really unique and very time seasonal.”

When Every Kid Was Free-Range

https://www.saturdayeveningpost.com/2021/02/when-every-kid-was-free-range/ Gay Haubner goes through the Spanking Machine in this essay in the Saturday Evening Post about growing up in...