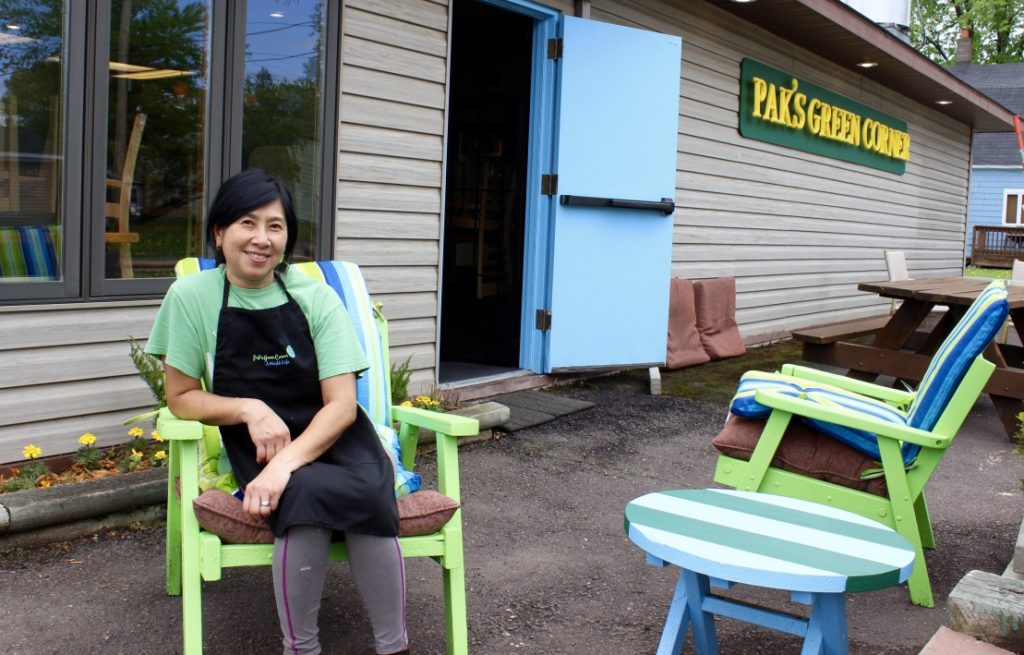 The wait is nearly over for Twin Ports Thai food fanatics. After a three-year hiatus from the restaurant business, Kamolpak (Pak) Williams will reopen Pak’s Green Corner in a new Superior location on June 1.

Many are already familiar with the location at 1901 Tower Ave. in Superior. It was the home of Kenny Wong’s Oriental Express for three decades until Wong retired earlier this month.

Williams, who hails from Thailand, developed somewhat of a cult following for the unique blend of Thai fusion served at her original restaurant at 4131 Grand Ave. in Duluth.

The West Duluth Pak’s Green Corner was open for two years. The eatery was named Perfect Duluth Day’s best new restaurant in 2013. It was featured on the national television show, “Diners, Drive-ins and Dives” in 2014.

A little more than a month after appearing on the Food Network show, Williams closed the restaurant because she wanted more time to spend with family. After a few years off, Williams has a renewed sense of excitement about reopening and sharing her culinary passion with people again.

Williams’ cooking blends traditional Thai cooking with American influences. On a recent trip to Florida, she was inspired when she tasted grits. She was reminded of a comfort food dish from Thailand and so she decided to create a fusion of the two. That soup is on the new menu. It includes grits, ground pork and a poached egg. It’s topped with fresh ginger, cilantro, mint, scallions and rice. 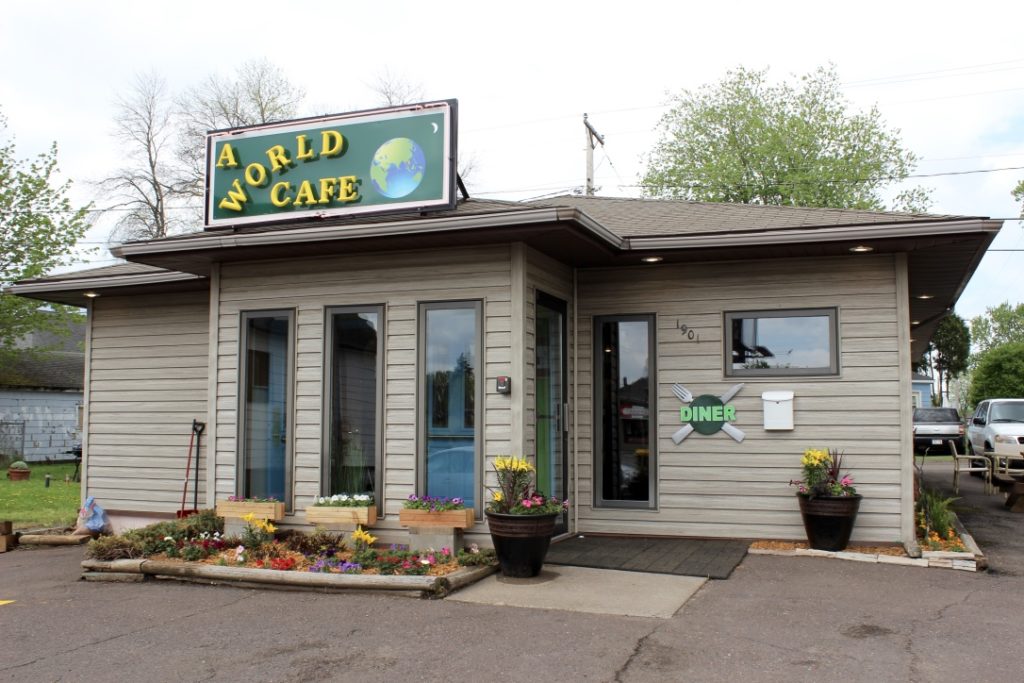 A Focus on Fresh Food and Quality

Williams has received a lot of encouragement to reopen Pak’s Green Corner. When asked about what makes her restaurant so popular, Williams says, “The food is fresh. When food is fresh, people know the quality is good.” She adds, “Whatever I eat and my family eats — you get the same thing.”

Patrons can expect some changes to the menu. Old favorites like the pad thai burrito and lamb karee curry will remain but Williams says she gets bored making the same things all the time.

The new menu features sweet and sour chicken (a nod to Kenny Wong) as well as new weekday Thai street food offerings. Williams promises rotating specials too. Prices are reasonable, ranging from about $8-15 for entrees.

Vegetarians will appreciate the menu’s many meatless options. In addition to tofu, Williams is importing a special type of soy protein from Taiwan. She says the faux meat offerings of chicken, beef, shrimp and fish could be mistaken for the real thing.

Pak’s Green Corner will also sell meals to cook at home, with all the ingredients included and directions for dishes like green curry chicken and tom yum chicken.

Bottles of their housemade “fish” sauce will be available for purchase. The sauce doesn’t actually contain fish — it’s made from a special house blend of seaweed, fruits and vegetables. Williams acknowledges that a great deal of effort goes into cooking Thai food. It’s certainly a labor of love because it involves an extensive list of ingredients and lots of cutting and chopping. In this iteration of the restaurant, she promises the same level of quality when it comes to the food, but she’s made some changes based on what she’s learned to try to ease some of the small business burden.

First, Williams convinced her friend and former employee Sam Hunter to partner with her in opening the new restaurant and sharing responsibilities. Pak’s Green Corner will employ a handful of trusted employees, mostly family and close friends.

The new Pak’s won’t have table service. Instead, there will be a walk up counter for ordering. People can dine in or take orders to go. “Kind of like McDonald’s but we’re more friendly,” jokes Williams.

Also, unlike most fast food chains, the fresh fare will be served with compostable plates and utensils.

The new space is smaller than Williams’ original location — it seats about 22 people (compared to 52). But the space is well utilized. There’s a counter bar area and a side door opens onto a small patio area with additional seating.

The restaurant has been deep cleaned and painted in cheerful hues of green and blue consistent with the Pak’s Green Corner theme. A colorful array of flowers lines the front and side of the diminutive building.

Though many eager customers are anticipating the opening, Williams suggests waiting a bit to visit. She expects a rush in the first couple of weeks followed by a lull and hopes for consistent customers and folks willing to cross the bridge from Duluth. 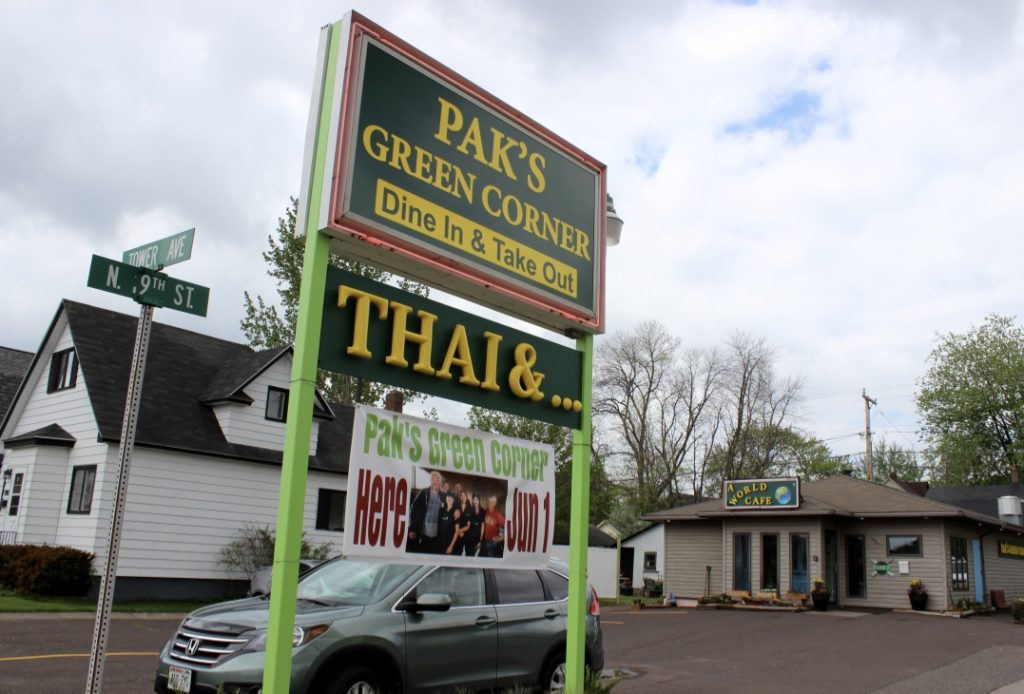 “Gleahan and the Knaves of Industry” premieres tonight

https://www.youtube.com/watch?v=KbF0WsgJmAM The Duluth-Superior Film Festival is upon us, and that means it's time for another premiere from Duluth's budding film...