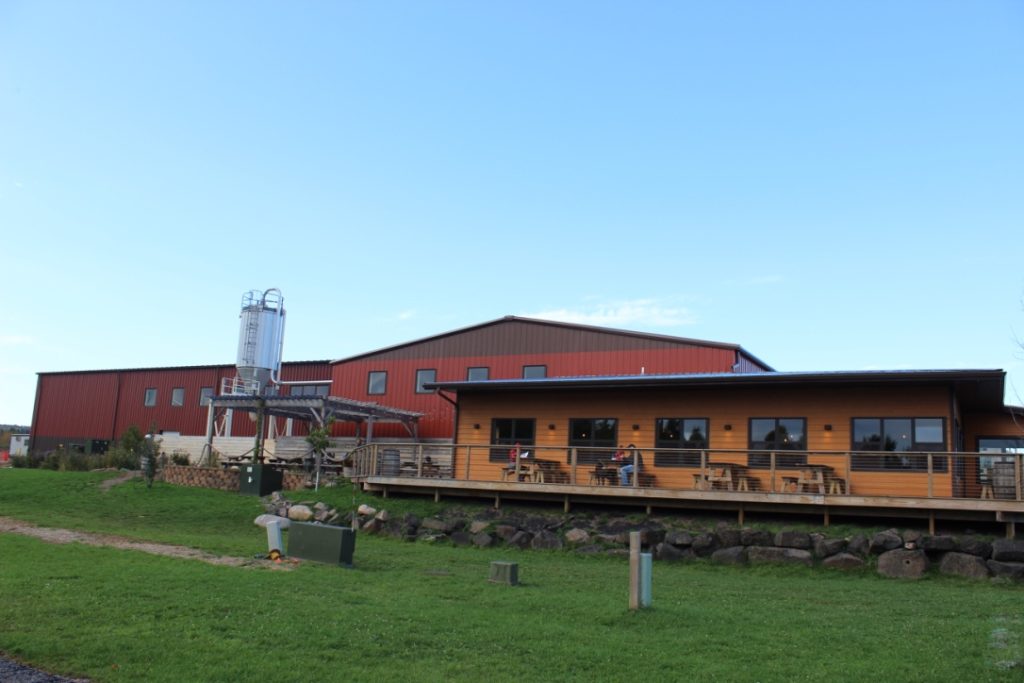 Since opening in 2011, Castle Danger Brewery has grown to become the ninth-largest brewery by production in the state. Next month, a new 8,400-square-foot packaging hall will expand its capacity to deliver customers even more “Dangerously Good Ales.”

Clint and Jamie MacFarlane launched their 3-barrel nanobrewery in a small building at their family resort in Castle Danger. For three years, they sold growlers out of the 700 sq. ft. space and struggled to keep up with demand for their beer.

In 2014, the brewery moved into a 10,000 sq. ft. facility in downtown Two Harbors, which includes a 30-barrel system and a taproom. That first partial year, the brewery produced 1500 barrels. This year, it’s on track to produce 15,000. For comparison, this is just shy of Bent Paddle Brewing’s 2016 production.

Kegging, canning and cold storage will happen in the packaging hall, set to open by the end of November. The additional space will allow the brewery to add fermenters and brite tanks. One of the brite tanks will be specifically dedicated to nitro beers, which fans of beers like the George Hunter Stout will appreciate. The stout will soon be available year-round. 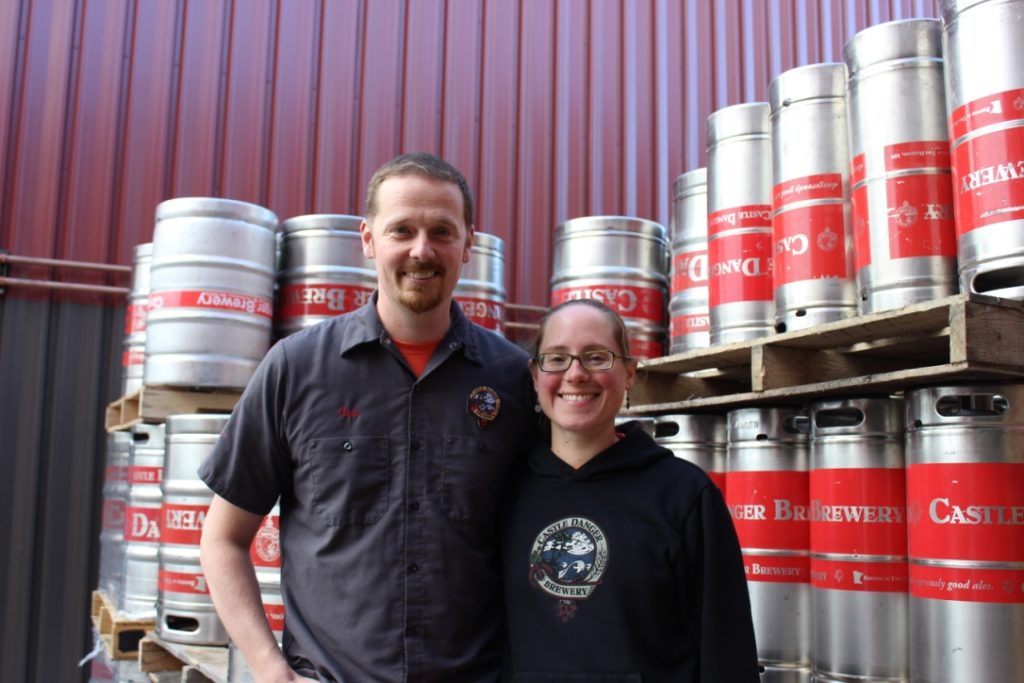 Additional cooler space is one of the biggest improvements, as keeping up with orders with the current set up has been a “constant logistical challenge,” according to MacFarlane. “One of the primary challenges for any brewery is running out of cooler space. For us, cold storage has been the biggest day-to-day issue, because as you know, craft beer has got to stay cold.”

With the added capacity, Castle Danger Brewery has the potential to produce up to 40,000 barrels per year. But MacFarlane says the plan is for controlled growth. “We’ll see what happens. It’s very humbling how much people like our beer.”

The expansion will better accommodate the brewery’s growing staff of 30 full time workers. It will increase office space and enable a larger dedicated lab, which is increasingly important for quality control as a brewery grows.

The taproom has also undergone some recent changes. It added 10 tap lines in April for a total of 20 taps; two for every beer on draft, except the Castle Cream Ale, which gets four dedicated lines since it’s a customer favorite. The additional tap lines have “made a world of difference in terms of efficiency and customer service,” says MacFarlane. 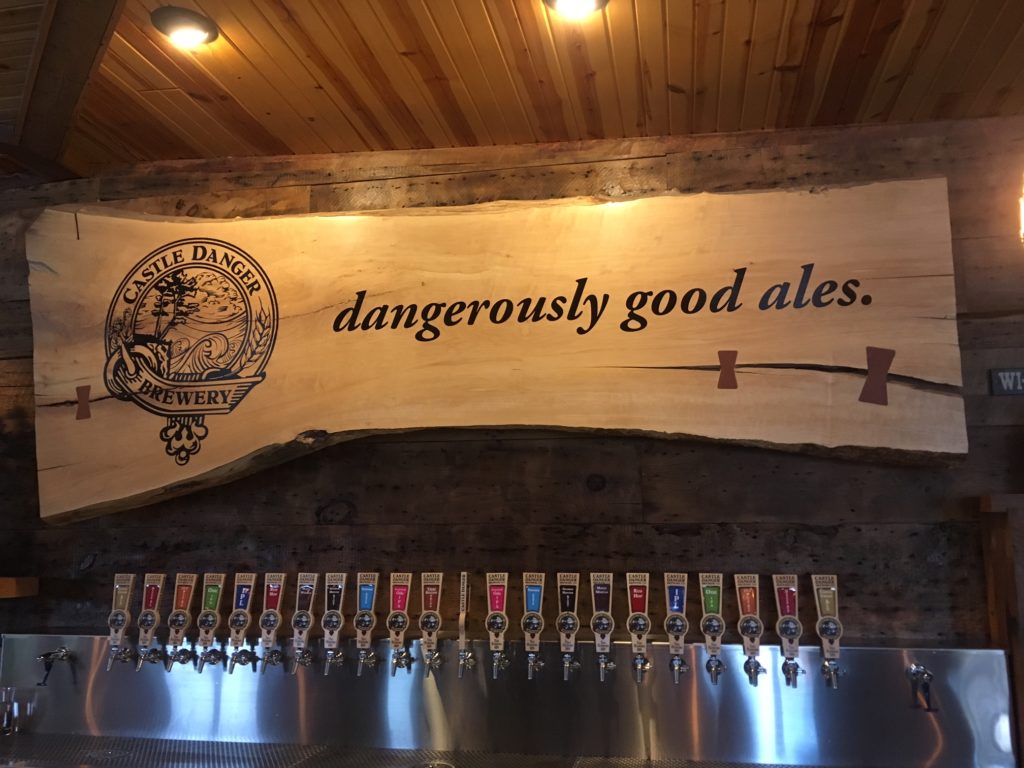 Both MacFarlane and her husband Clint grew up in the Two Harbors area, which is why they chose to build a taproom there. “Two Harbors has always been a drive-through town. We wanted more people to come here — to give people a reason to come downtown,” she says.

Castle Danger’s taproom brings in tourists from throughout the state and beyond; many travel from the Twin Cities. MacFarlane says the brewery has enjoyed great support from the people of Two Harbors as well, noting that locals seem to feel a sense of pride for the brewery and the visitors it’s bringing to town.

There will be added incentive to visit the taproom in the future, as the brewery has plans to brew more “taproom series” beers that aren’t canned but are limited to taproom sales or tap takeovers, such as this fall’s Maple Marzen.

The brewery is certainly having an impact on the local economy. It doesn’t have a kitchen, but allows customers to take in food from area restaurants. “We know how to make beer. We’ll let the people who know how to make food make the food. It’s mutually beneficial,” says MacFarlane. She notes their dumpsters are often filled with delivery pizza boxes.

Jason Vincent, owner of the Vanilla Bean, says in an email that the restaurant has seen a considerable increase in its catering business since the brewery located in town. “Castle Danger has one of the few great rental spaces in Two Harbors for family gatherings or parties. So we are getting lots of calls, inquires and orders to cater events in that brewery space for grooms dinners, corporate parties, beer dinners and much more.”

Ninety-eight percent of Castle Danger Brewery’s beer is distributed in Minnesota. The other two percent goes to Superior and Fargo. The brewery has been hiring additional sales representatives to travel around the state to personally represent its beer.

“We want to be really strong in Minnesota — that’s our focus. The farther the beer gets away, the less control you have over it,” says MacFarlane. 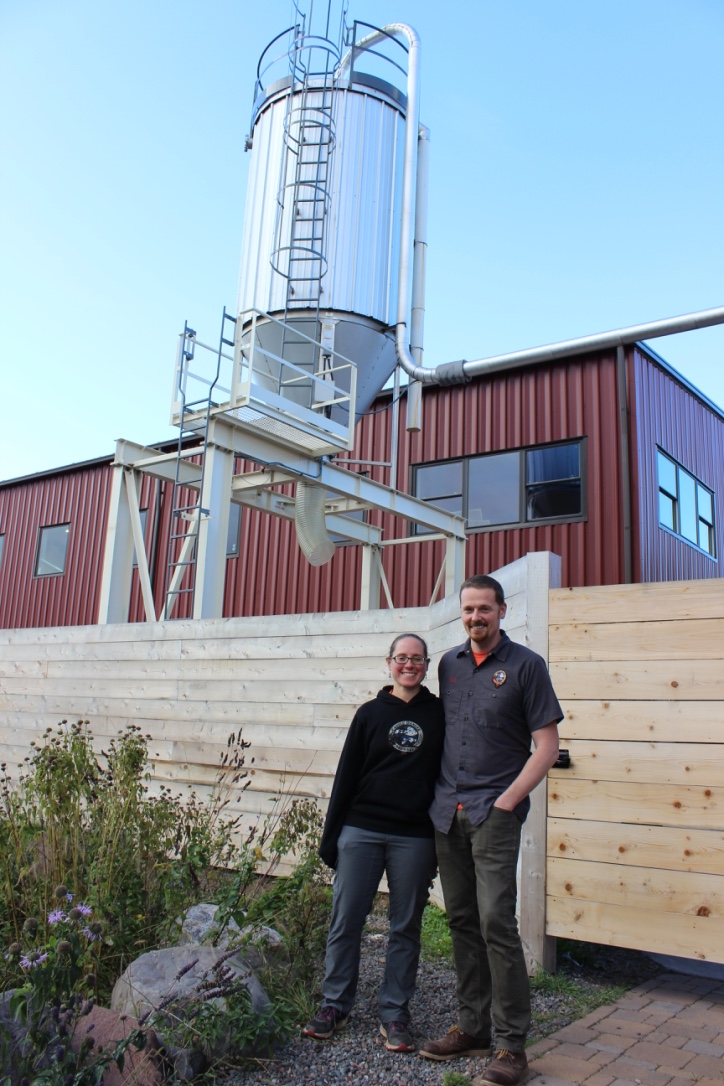 Winter returned in earnest this month. How much do you remember of those halcyon days before the snow returned? Take...