Duluth relay of the Current moving to full-power frequencies 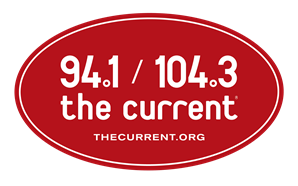 Minnesota Public Radio is moving the Duluth relay of its Twin Cities album-oriented alternative music station, the Current, to full-power frequencies at 104.3 and 94.1 FM.

The tower for 104.3 is in Two Harbors. Broadcasting with an effective radiated power of 50,000 watts, the signal reaches Duluth’s eastern neighborhoods, but begins to break up in the Downtown area and is marred by static in most locations southwest of Lake Avenue.

Jen Keavy, senior communications manager at MPR, said the “reach is dependent upon topography and proximity to the tower in Two Harbors, which is why we will also launch 94.1 (which is in Duluth) once technical upgrades are made. It will help cover the gaps in the Duluth area.”

MPR purchased the two stations from Red Rock Radio for $300,000 in a deal that closed May 15. Both frequencies use the call letters KZIO and were previously branded by Red Rock as 94X “pure rock.”

The Current launched its first Duluth broadcast relay in February 2016 on the low-power station 90.9 FM, with an effective radiated power of 99 watts. Two months later it announced Michael Novitzki as host of its revamped version of The Duluth Local Show, a weekly program produced for the Duluth market that airs every Sunday at 8 p.m.

At this time MPR plans to continue the low-power 90.9 relay of the Current, Keavy said, noting the public radio network is “always evaluating programming and possible opportunities.”

Jim McGuinn, program director for the Current, said in a news release that listeners in the Twin Ports have been ardent supporters. “We are thrilled to be able to serve more audiences in the region and are looking forward to continuing to support the burgeoning Duluth music scene,” he said.

Summer is upon us (you can tell because that big hot bright ball is occasionally up in the sky), and...