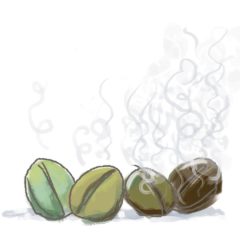 The coffee industry has undergone significant changes in the past couple of decades, as an increasing number of specialty roasters enter the market. The Duluth area is now experiencing what some call the “third wave” of coffee. The first wave of coffee was about convenience and mass production (think instant coffee, like Folgers). The second wave of coffee involved the rise of chains like Starbucks, where consumers were introduced to fresher and better quality beans and the experience of drinking in coffee shops.

Similar to the craft beer movement, the third wave of coffee is concentrating on the product. In stark contrast to the highly flavored, whipped cream-topped coffee drinks popularized by coffee-shop chains, the third wave is about tasting and appreciating the many nuances of a particular variety of bean. There’s a focus on roasting technique, quality ingredients and batch size. Attention is paid to farming and processing as well as country of origin and trade practices.

Area coffee aficionados are fortunate to have an array of coffee roasters to choose from. Minnesota’s Arrowhead region and neighboring northwest Wisconsin feature seven specialty coffee roasters. Here’s a rundown: 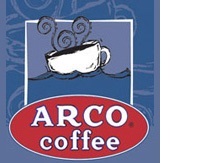 ARCO was originally founded by G.A. Andresen (current president Donald Andresen’s grandfather) and W.J. Ryan as Andresen Ryan Coffee Company. The founders names were later combined into the acronym ARCO. The family-owned company is now celebrating its 100-year anniversary. First located at 14 E. Michigan St. in Duluth, ARCO was forced to move in the 1980s when the city exercised eminent domain during Lake Avenue’s realignment. The company has since been located in Superior and is best known for its original house blend and Norseman Grog flavored coffees (vanilla, rum and caramel), which are available at Super One Foods and Bridgeman’s. ARCO recently started offering single-serve cups (K-Cups/pods). It also roasts fair-trade, organic, single-origin coffees and specialty coffees such as Kenya AA and Hawaiian Kona. When Nessim and Deborah (parents of current CEO Alyza Bohbot) founded the company 26 years ago, it was the first specialty roaster in town. The company was named after an Israeli slang term meaning “hits the spot” or “the best.” Alakef is served at a range of popular area eateries, from Amazing Grace Bakery & Café to Duluth Grill. The coffee is also available at local grocery stores and is sold wholesale throughout the Midwest. Alakef recently launched a new brand, City Girl Coffee, which sources coffee from women-owned or women-run coffee farms and gives a portion of sales from each bag sold to organizations that empower women who produce coffee. As of March 2015, Big Water Coffee Roasters is a worker-owned cooperative. By the end of 2016, it will have eight worker/owners. The egalitarian organization places a high value on coffee that’s grown organically and cooperatively and all Big Water coffees are fair-trade certified. There are a number of custom blends, including Moon Chaser, a cold-press coffee the cooperative plans to bottle for retail sale. Reichel says he’s also planning a line of baked goods. Big Water Coffee is available at Duluth’s Whole Foods Co-op, Mount Royal Market and the Red Mug Coffeehouse in Superior. 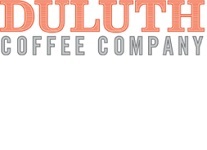 Fika is pronounced fee-kah; it’s a Swedish word that means “coffee break.” Fika Coffee mainly roasts single-origin coffees. There is a seasonal blend in the spring/summer inspired by the nearby Boundary Waters Canoe Area called the Million Acre Blend, and a winter seasonal called the Sub Zero Blend. Fika provides wholesale coffee to many locations around Grand Marais and has coffee available for sale at Mount Royal Market in Duluth. In June, they’re opening their first coffee shop, complete with its own roastery, in Lutsen. 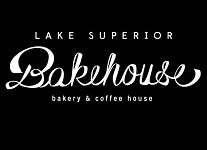 Lake Superior Bakehouse (formerly Jitter’s) roasts in small batches, which allows for “the freshest and most quality controlled product possible,” according to co-owner Katina Petsoulis. The Bakehouse’s most popular roasts are Guatemalan, Colombian and Tanzanian Peaberry. A light-roasted espresso was recently introduced. Beans can be purchased directly at the Bakehouse, and Petsoulis says there are plans to have them available in other retail locations within the next year. Backroads Coffee shop was established in 1987. Roasting for mail order was originally done in the back of the retail shop. Twelve years ago, the owners started wholesale roasting and the roasting company became known as Midwest Roasters (Backroads Coffee remains the signature brand). Owner Teresa Peters says the French Roast is sought after because it has a distinctive smoky profile but doesn’t have the bitter aftertaste common in such dark roasts. Besides the Backroads Coffee retail shop in Hayward, Midwest Roasters’ coffee is available at Iron Mug Coffee House in Morgan Park and at Mount Royal Market.