Duluth/Superior Interstate Bridge: “We are all well” 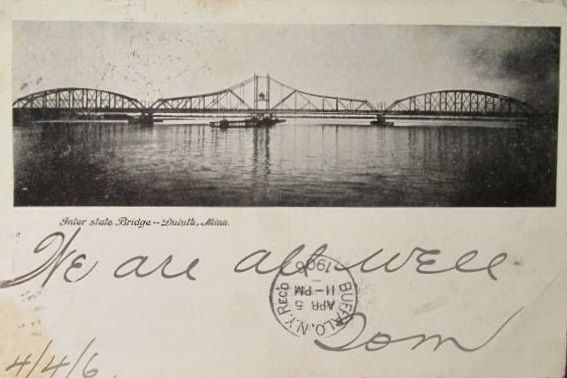 The Interstate Bridge opened in 1897. At the time it was pretty much the only way to get back and forth between Duluth and Superior — other than by boat or swimming, or going the long way around by land, or maybe jumping a train across the Grassy Point Railroad Bridge.

In 1906, the steamer Troy knocked the draw span of the Interstate Bridge into St. Louis Bay. Ferry service connected the cities for two years until repairs were completed. 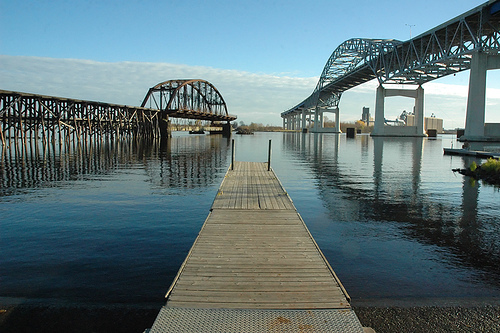 Marcel LaFond grew up on Kraemer Lake, about 10 miles west of St. Cloud, where he spent nearly all his...