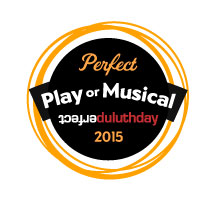 Renegade Theater Company has earned its second consecutive Perfect Play or Musical plaque, this time for a dramatic musical that marked the centennial of the tragic sinking of the SS Eastland. The 1915 shipwreck resulted in the death of 844 passengers, the largest loss of life from a single shipwreck on the Great Lakes.

Titled Eastland: A New Musical, the play was partially inspired by Jay Bonansinga’s 2004 historical novel The Sinking of the Eastland: America’s Forgotten Tragedy. The show debuted in 2012 at the Lookingglass Theater in Chicago. Renegade’s staging in August 2015 was just the second professional production of the haunting musical written by Andrew White, with a folk, blues and ragtime score by Ben Sussman and Andre Pluess. 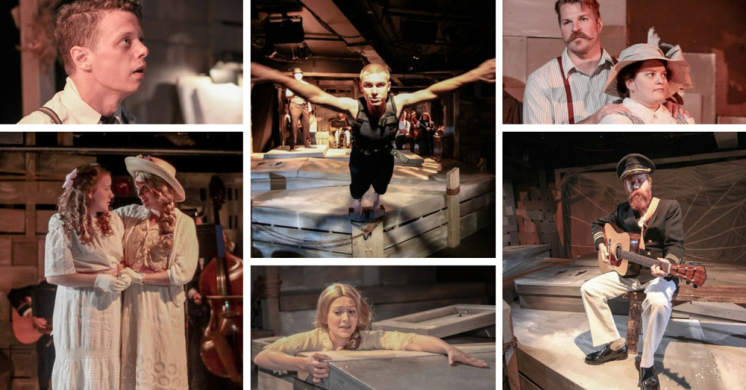 Lawrance Bernabo, theater critic for the Duluth News Tribune, praised director Peter Froehlingsdorf and his cast for “a stunning theatrical experience, intimate in its intensity and passionate about the people whose tales it is telling.”

Particularly, Bernabo cited powerful moments in the tragic story that stuck with the audience: “victims suddenly emerging from the capsized ship, the ‘Human Frog’ diving again and again beneath it to recover the bodies, and the “Parade of Souls.”

Eastland took 44 percent of the vote among the final three in the runoff poll. The Duluth Playhouse Children’s Theatre production of Shrek took second place with 31 percent, and the Duluth Playhouse’s staging of Mary Poppins finished third with 25 percent.