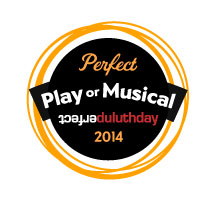 It was close, and it has to be considered an upset. Renegade Theater Company’s two-character biographical play, Red, staged in the roughly 100-seat Teatro Zuccone theater, was the winner in Perfect Duluth Day’s poll to name the best play or musical of 2014. It edged out the Duluth Playhouse’s centennial-marking, big-budget musical production of Les Misérables, which was staged in the 2,200-seat Symphony Hall at the Duluth Entertainment Convention Center. 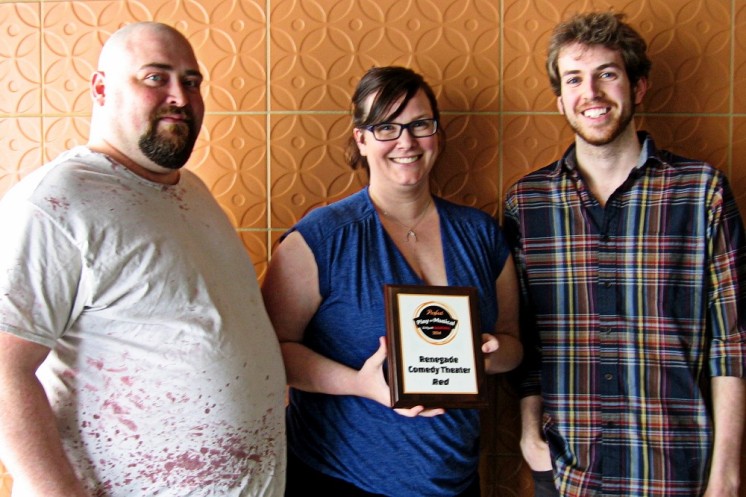 Set in Rothko’s studio in New York’s Bowery during the 1950s, the play centers on the heated conversations between Rothko and his assistant as the painter works on a set of murals commissioned by the famed Four Seasons Restaurant. The dialogue examines the hows and whys of art – and life itself – revealing the process of a painter and the spiritual awakening of his assistant.

“It’s an accessible show, too, with quick dashes of humor,” Christa Lawler wrote in her review of the play for the Duluth News Tribune. “Kujawa and LaNave have given their characters balance and energy. In a pivotal scene, the duo primes a large canvas. They take off with brushes flying within sprays of red paint. They split the space and cover the entire sheet in less than a minute in a scene that is exhilarating.”

Red received 51 percent of vote in PDD’s poll. Les Misérables took the remaining 49 percent. Sixteen other plays were nominated and eliminated in the first round of voting.

Ok, this actually isn't in Duluth, but I saw these today. And it's pretty close to Duluth. Seeing these was...