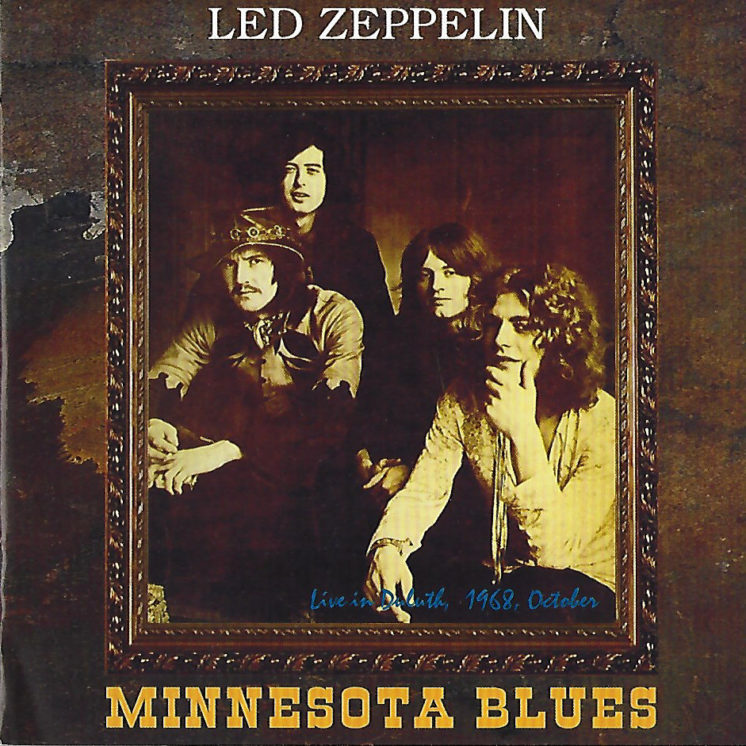 Don’t let the “Minnesota Blues” or the “Live in Duluth” on this album cover fool you, Led Zeppelin never performed in Duluth. But what is the story behind this Zep bootleg?

Setlist.fm, and several other websites, list Led Zeppelin performing at Liverpool University on Oct. 19, 1968 — the date listed on Minnesota Blues. The track list on the album, however, does not match well with the Liverpool set list. 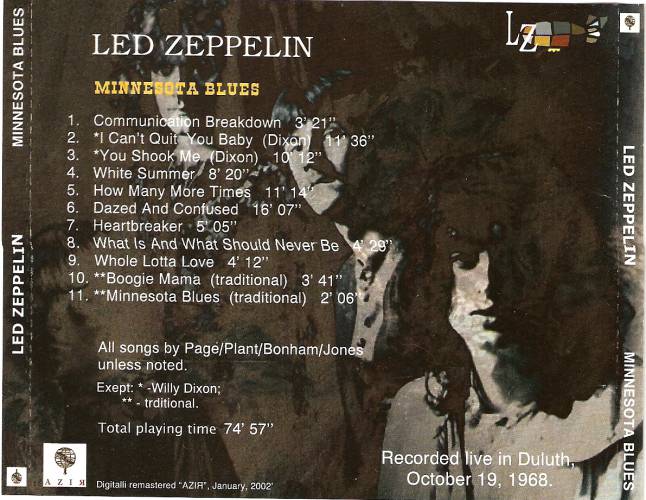 Setlist.fm’s Liverpool Set List
Train Kept A-Rollin’
Dazed and Confused
White Summer/Black Mountain Side
For Your Love
Communication Breakdown
I Can’t Quit You Baby
You Shook Me
Babe, I’m Gonna Leave You
How Many More Times
As Long as I Have You

There are numerous web forums on this subject, but they have flashing objects on them and go off topic and are full of speculation, so it’s difficult to read through them all and decipher if anyone has come to any clear conclusions. It remains a mystery to me if solid determinations have been made about a) if 10/19/68 is the correct date of the bootleg recording or b) where exactly it was recorded and c) why it was labeled as a Duluth show.

Bootleggers are somewhat notorious for intentionally mislabeling albums, so that could be the case with Minnesota Blues. But it also might have been a sloppy mistake. 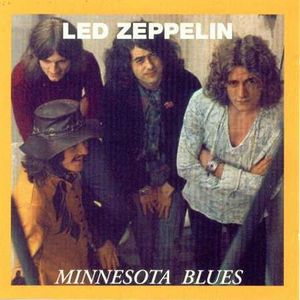 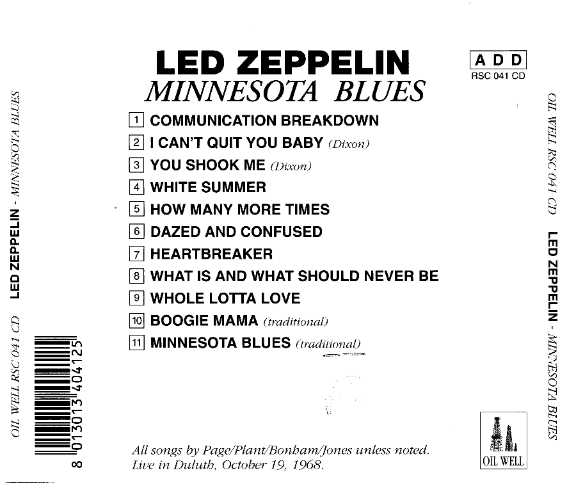 Several different versions of album art exist, and one version marks the recording as “Live in Denmark, 1969.” Perhaps Duluth was mistaken for Denmark at some point. Another thing I’ve gleaned from information online is that the album gets its title from the last track, which is labeled “Minnesota Blues” but apparently it’s a blues standard titled “A Mess of Blues” or “Mess of Blues” or “Mess o’ Blues.”

One theory that comes up fairly often is that the performance on Minnesota Blues is an April 1, 1971 show at the Paris Theatre recorded for the British Broadcasting Corporation. I haven’t found anything to dispute that. If it’s the case, the bootlegger probably felt that changing the details of the show would reduce the likelihood the BBC would file a copyright infringement lawsuit. Here's a bit of what you'll find on this week's PDD Calendar: It's Thanksgiving week, so of course there's a...