Select Images from the 1934 Denfeld Oracle 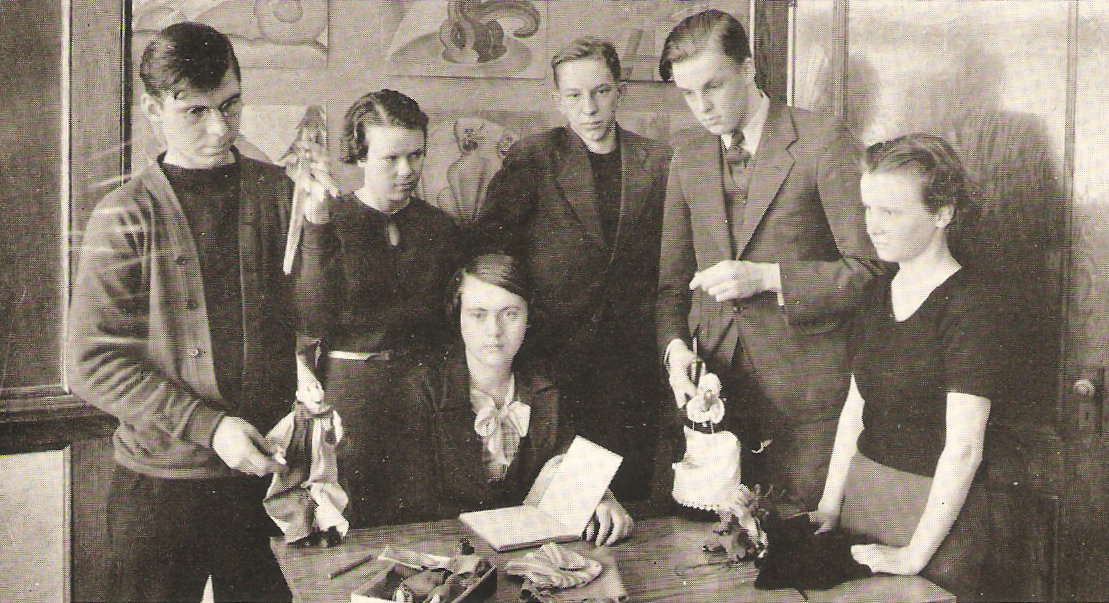 Back in the day, Denfeld art students competed in the Proctor and Gamble contest, the Scholastic Award or the House Beautiful Cover Design contest. Miss Genevieve Bancroft was the art instructor, with the assistance of Miss Nellie Smith. Denfeld’s library contained 3,686 books in 1934. Duluth Junior College shared Denfeld’s building at the time, but had a separate book collection and card catalogue. 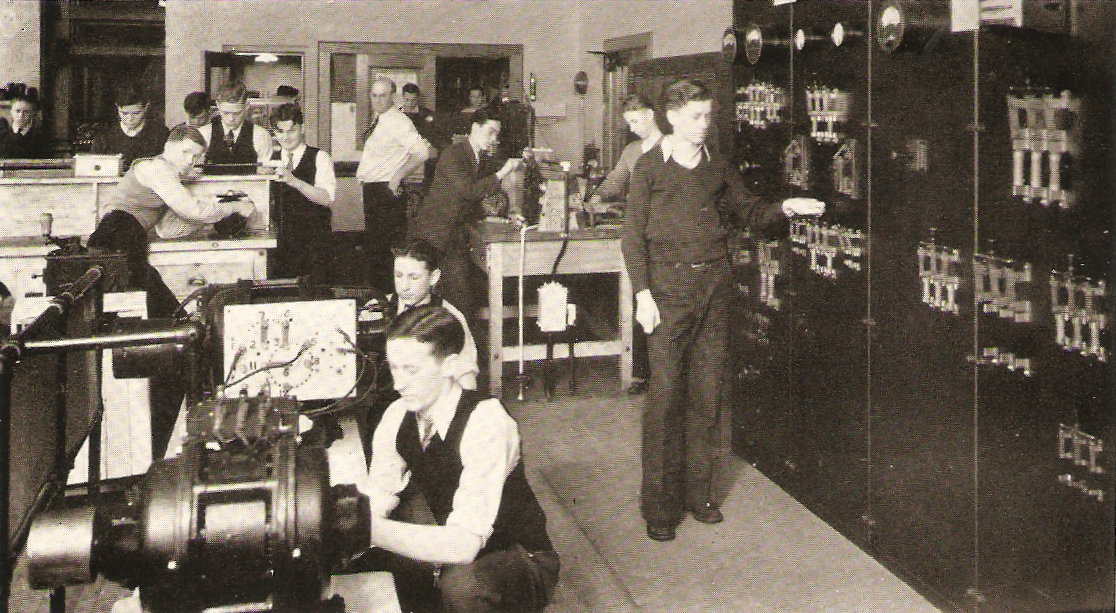 Students in the Manual Arts Department worked in the “electricity shop,” dealing with building wire and DC and AC motors and generators. There were also classes in mechanical drawing, pattern making and foundry. Lest anyone think classes were overcrowded in 1934, it must be noted that the above photo is of the senior study hall, room 216, which accommodated 110 students. Room 322 was also used for study hall. It was known as the “community room” and seated 204 students. Mr. Miles D. Sutton directed the Commercial Department at Denfeld. The two girls in the photo are engaged in bookkeeping in part of the banking office for extra-curricular activities. Denfeld’s queen, Dorothy Bilsey, was crowned for her “character, scholarship, popularity and participation in school activities.” “The toboggan follows the hill in gull-like swoopings — dark evergreen sentinals for background.”

Denfeld’s 1933 football team amassed a 6-1 record, winning the Head of the Lakes Conference championship. The only loss came at the hands of the Superior East Orientals, 12-7. Standout players on the team included James Podemski and Ray King. Denfeld outscored opponents 182-26, posting four shutouts. Denfeld’s basketball team went 9-7 in 1933-34. And yes, that is indeed legendary coach Walt Hunting at the top left of the photo. William Bradley and L. Huberty appear to be part of the pep squad. Athletic standout Ray King stood 6-foot-2. At his left are Donald Carlson and Lester Granley. At his right is Melvin Olson. The girls volleyball team, coached by Miss Carnes, wore the same style of uniform as the basketball team. Presumably these uniforms were also used by girls participating in tennis, baseball and track, which are not pictured in the yearbook. This collage of photos is from the Denfeld/Central football game at Public Schools Stadium, then known as Athletic Stadium. Denfeld scored touchdowns in the first and fourth quarters to earn 12 points. Central amassed 2 points on a safety. It was Denfeld’s ninth victory over Central since the two teams began playing in 1917. The above collage is titled “Undignified Seniors.” At least one of the people shown, however, was quite dignified. The dapper gentleman holding a pompom (above the two hockey players) is Denfeld’s longest-serving principal, James F. Taylor, who held the position from 1918 to 1945.

Here's a bit of what you'll find on this week's PDD Calendar: Chris Monroe's new art exhibit opens, Sing! A...