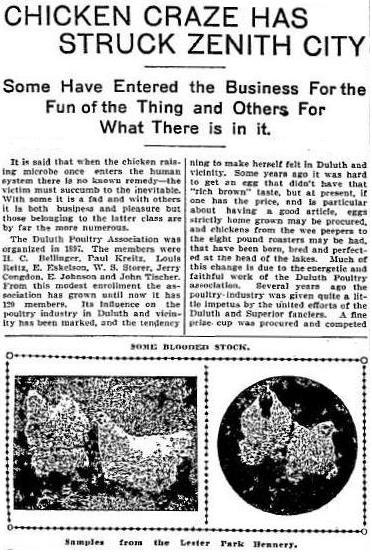 The first paragraph of the story above, from the April 27, 1902, Duluth News Tribune, might as well be about the Homegrown Music Festival, which represents itself with the chicken logo at left.

It is said that when the chicken raising microbe once enters the human system there is no known remedy — the victim must succumb to the inevitable. With some it is a fad and with others it is both business and pleasure but those belonging to the latter class are by far the more numerous.

This article also connects to the subject of creating a locally harvested food system, which pops up often on Perfect Duluth Day (most recently with the post “Food from Scratch for the Zenith of the Unsalted Sea“) so I’ll present it in its entirety.

Since the old newspaper article is difficult to read in this format, PDD will give away a weeklong pass to Homegrown to the first person willing to typeset it with reasonable accuracy and paste the full text in a comment to this post.

And now … here’s the rest of the story … 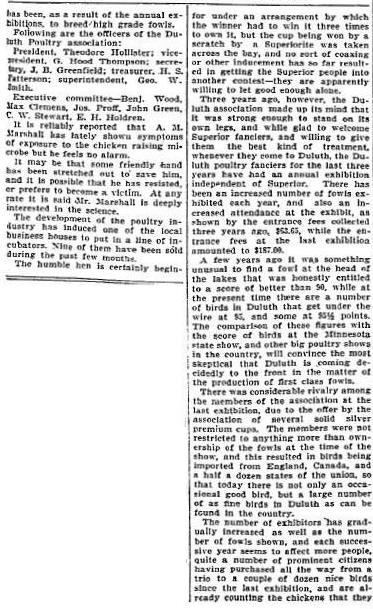 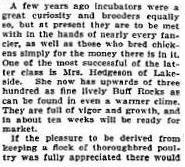 I really like the orchard thing. I've always said the food folks were ahead of the game in Duluth They...