The ruins of the 1884 Duluth Gas and Water Company reservoir can be seen from West First Street, just west of Point of Rocks. (Photos by Mark Nicklawske)

The sprawling and mysterious stand of stone and brick ruins that occupies perhaps the best clifftop view over Duluth’s harbor is for sale.

Postcard from Glenn Rock in Duluth Remember when all of Duluth’s houses were pink? It was back when we all lived in the land of make-believe known as the illustrated postcard era.

Views from Duluth’s Point of Rocks circa 1898 The six photos in this post are all from Detroit Publishing Company, and appear to have been shot on the same date — unless someone with a keen eye can call out evidence to the contrary. They are generally labeled as scenes from “the Bluffs,” which is an area of Duluth that later became known as the Point of Rocks. These photos appear to have been shot in a part of Point of Rocks that is known as Central Park, at the eastern-most part of the Lincoln Park neighborhood. 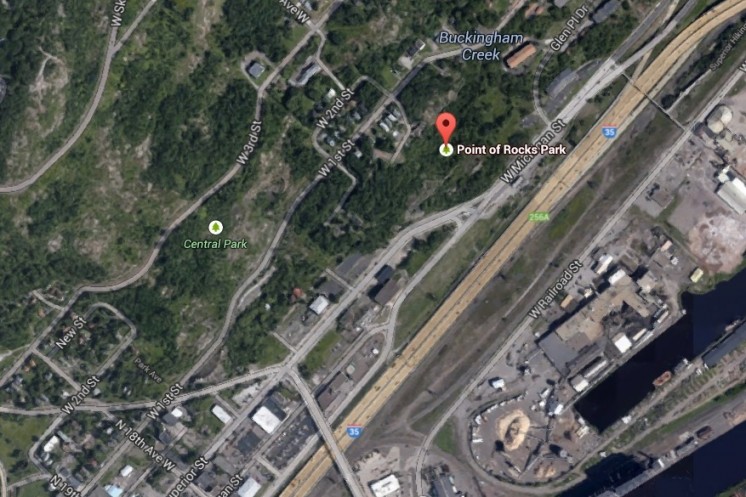 Across from the M&H gas station at Point of Rocks Park, there is a gap in the rocks, a ravine, for which in the past appeared to have many buildings around it. Was this the location of Duluth’s Little Italy? It seems like it may have been. The big question, however, is what is with the ravine there? It seems to be man made, and almost as if they were attempting to continue Superior Street, as it lines up near perfectly. The buildings slowly disappear over the decades, until they all seem to be gone by 1989. Was this ravine an attempt to continue Superior Street, or was there some other reason for it? It’s been fascinating me for some time. (I’ve included links to historical aerial photos of the area).

Here’s an interesting read from the Sept. 25, 1921 Duluth News Tribune.

Chief Buffalo, Point of Rocks and “The Mayor of Duluth” 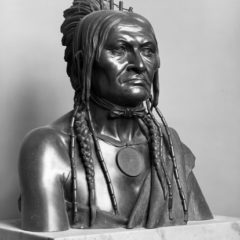 I was reading this month’s new FDL Band Newspaper (PDF) and about halfway through I found a breezy little history piece on Chief Buffalo: Hero of the Lake Superior Ojibwe by historian Christine Carlson. The article was already interesting, then I notice mention of Duluth’s Point of Rocks which has been discussed extensively here on PDD. It sounds like the area surrounding Point of Rocks was selected by Chief Buffalo as part of one of the articles of the Treaty of 1854. The area would have also included Wisconsin Point and much of what is now considered Downtown Duluth and West End/Lincoln Park. 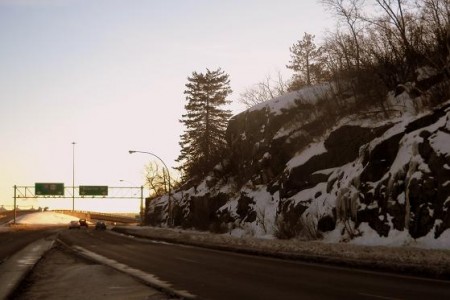 The main personality split in Duluth occurs about where an interfering spine of rocks comes down from the hill to Superior Street just a few blocks west of midtown. West of this point of rocks Duluth is politically left, east of it it is politically right. But there is a certain uniting force in cold weather, of which Duluth has its share.

The Peerless Auto Body Fire post on PDD sparked some discussion of the former Peerless location near Point of Rocks, which led to some interest in the history of Point of Rocks.