Postcard from the Duluth Folk Festival This postcard, published by Gallagher’s Studio of Photography, shows a typical scene from the Duluth International Folk Festival at Leif Erikson Park. The postcard was mailed 60 years ago today — Aug. 6, 1962 — by someone named Sara who mentions attending the festival in her message on the back of the card. 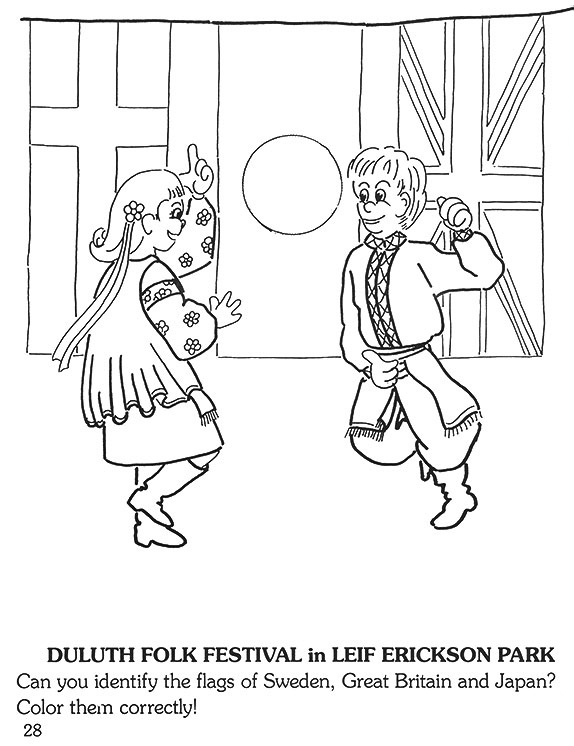 The Duluth International Folk Festival was an annual event held at Leif Erikson Park on the first weekend of August. It was first held in the 1940s. It was held at Bayfront Festival Park from 1990 to 1996 during construction of the I-35 freeway tunnels and Lakewalk trail. The festival returned to Leif Erikson Park in 1996, but in 2005 it was moved back to Bayfront and renamed the Duluth Festival of Cultures. The new name was intended to emphasize it was a cultural event and not a festival of folk music. For whatever reason, the whole thing fizzled out shortly after the change, with the final event held in 2007. During its peak, the festival drew crowds exceeding 10,000 people.

Use the link below for a printable PDF for your drawing and coloring pleasure.
Duluth You & Me: Duluth Folk Festival