Midwest Music Fest is an annual three-day music festival every April in Winona and is a hell of a party. Duluth bands, submit your application and consider it a warm up for Homegrown Music Festival. There is even an official kickball game too! Apply by Nov. 1 to secure your spot.

Previous Duluth artists at the festival have included the Black-eyed Snakes, Charlie Parr, Haley Bonar, Matt Ray and those Damn Horses and others.

Duluth musicians have until Dec. 31 to apply for entry in the Midwest Music Festival in Winona, April 18-20. This is the festival’s fourth year and is a great time for musicians and fans alike in this city-wide party much like Homegrown Music Festival in Duluth. Duluthians Charlie Parr, Haley Bonar, the Black-eyed Snakes and Matt Ray and Those Damn Horses along with other Minnesota bands from Doomtree, Chris Kouza, Lucy Michelle, Tapes and Tapes, Pert Near Sandstone and Honorary Winonan Nicholas David Mrozinski (aka dude from NBC’s the Voice and the Feelin’ Band) along with dozens more bands have played in past years.

The festival is held in many different venues in downtown Winona with both all-ages and 21+ shows, drawing people from all over the region. It is a great event, well managed with dozens of volunteers, and is growing larger and better every year. Above all, it is a great party!

Learn more and submit your music.

Bands, solo artists, DJs et. al. are all welcome to apply and the festival favors original music over cover bands.

See you this spring in Winona!

So I bought $40 worth of coke today … Coca-Cola that is. The final production run of Coke in returnable 6.5 oz bottles in the US was made last week in Winona, MN. Sad, the end of an era, an American icon and they were one of many things I like about my little river town. They are selling the last 5500 bottles for $20 each and all the proceeds go toward maintaining and improving Winona’s bicycle paths around the lake. I am saving one bottle forever and the other I will drink after after a nice autumn motorcycle ride and with a good meal. Cheers!

“Eat and Run” by Scott Jurek 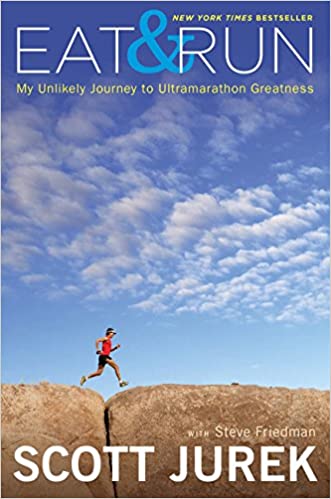 I just bought and read Proctor native Scott Jurek’s new book Eat and Run and really enjoyed it. As you may know Scott is a dominant athlete in the weird world of ultramarathons and has won many major 50, 100, 135 and 150 mile foot races world wide. He also changed from a backwoods meat-and-potato childhood diet to become a vegan and world-class athlete. His story is an amazing journey of a person who really applies himself and finds the will to complete and win distances most of us cannot imagine running. The book is not an ego trip, preachy, nor attacks omnivores, but rather relates his story and personal thoughts about training, running and racing and the positive effects of a plant-based diet. He includes simple vegan recipes in each chapter.

Heath (the hound) needs a home for Homegrown

Looking for a good kennel for Heath the dog on Saturday, May 8. Some good friends are driving up from Winona and need to house their dog for one night. Recommendations?

They are continuing their journey with their dog to camp along the south shore after Saturday.