Select Images from the 1941 Denfeld Oracle 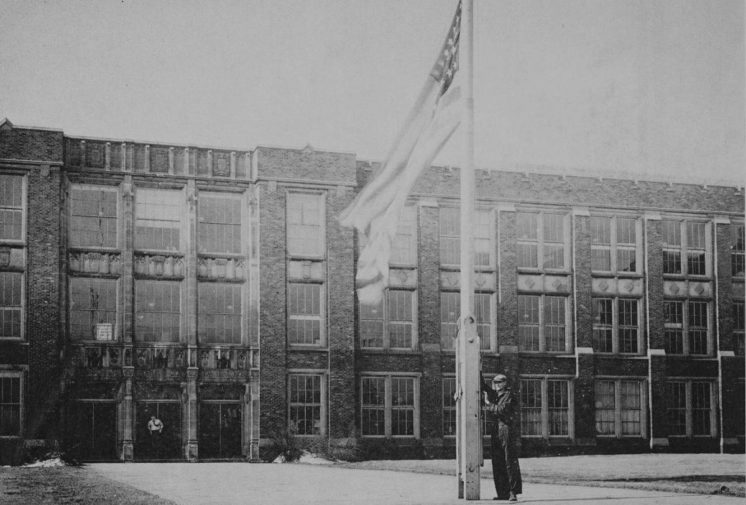 The Internet Archive hosts the 1941 edition of the Denfeld Oracle. My friends’ grandparents — those are the folks I am looking for in here, I think. And a nod to “then and now.” 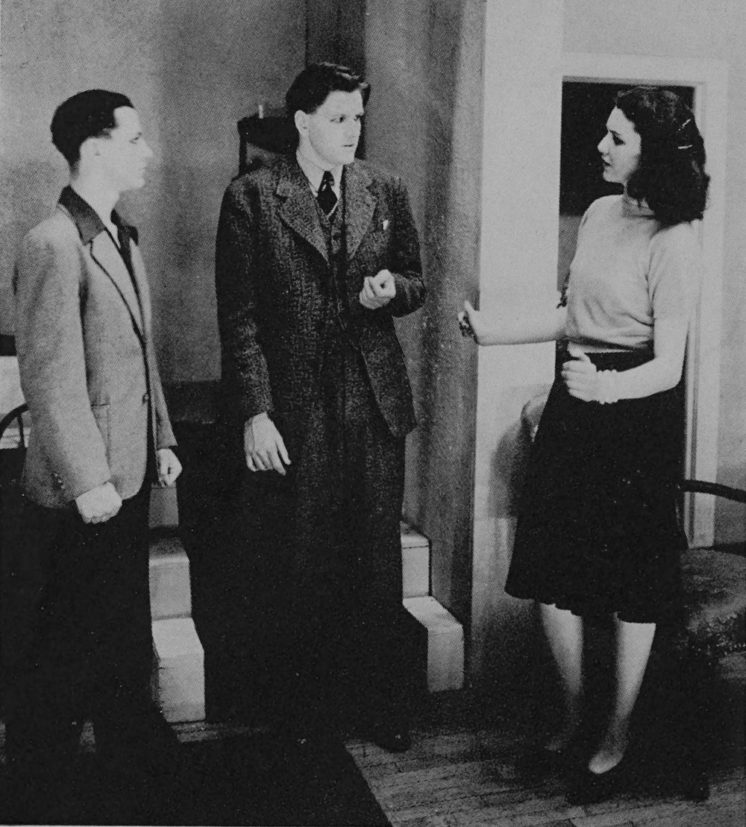 The play “Three Cornered Moon” was presented in April 1941, directed by Thomas Blewett. 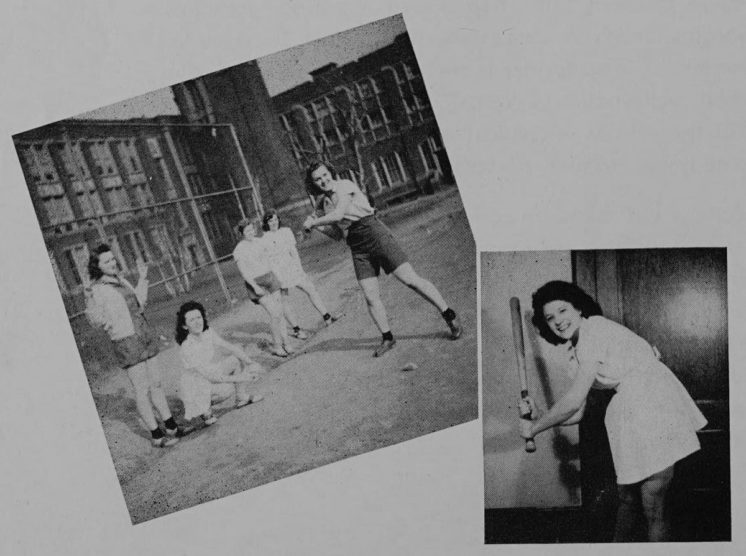 Cecile Tessier was the “peppy head of baseball for girls.” Under the supervision of Mrs. Anderson, Tessier arranged a tournament in which several teams participated. 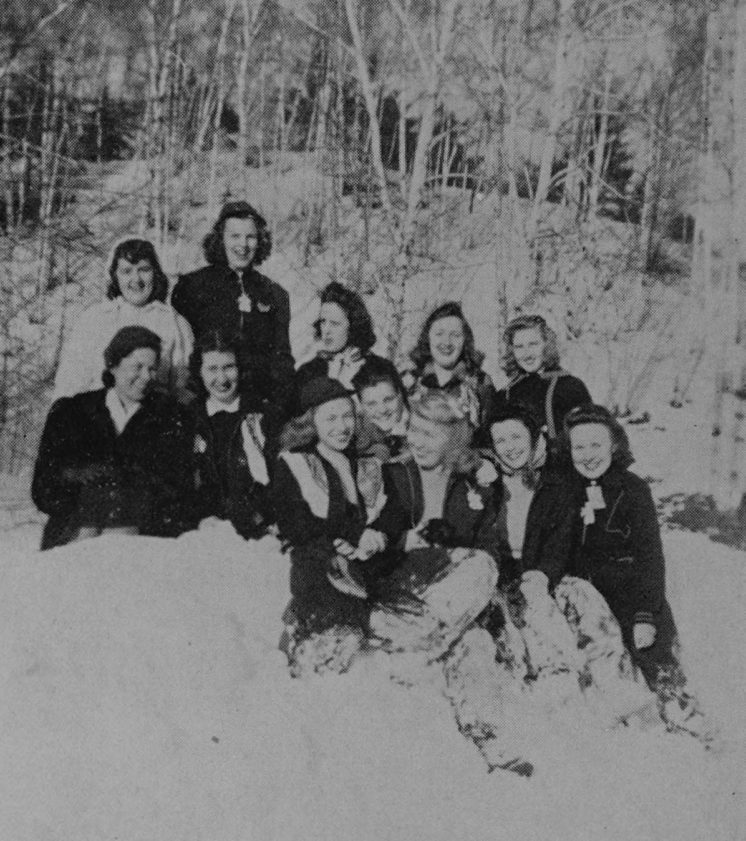 About 20 girls from Denfeld attended a gathering at Chester Park, went tobogganing, and had lunch as part of the outdoor activities program managed by Mary Jean Graham. The yearbook doesn’t offer a caption for this photo, but the girls appear to be playing horseshoes or croquet, which were both offered under the banner of the Denfeld Girls’ Club Athletic Division. 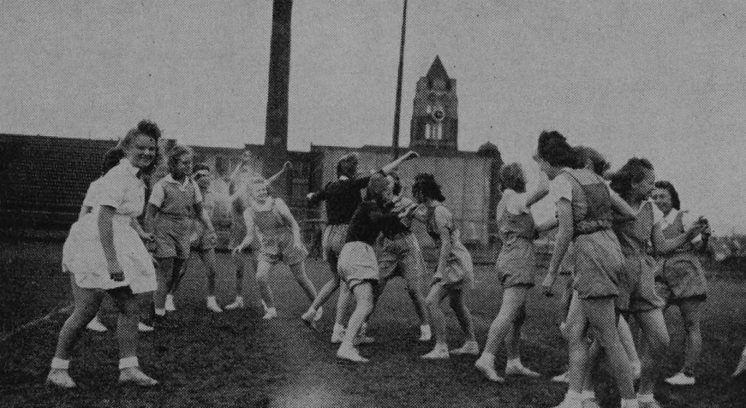 Touch football was taught in the sophomore girls’ gym classes in the fall. The Denfeld gridiron squad was led by sophomore running back Wally Smith, who scored nine touchdowns in eight games. Denfeld’s record in 1940 was 6-2.