Select Images from the 1948 Denfeld Oracle 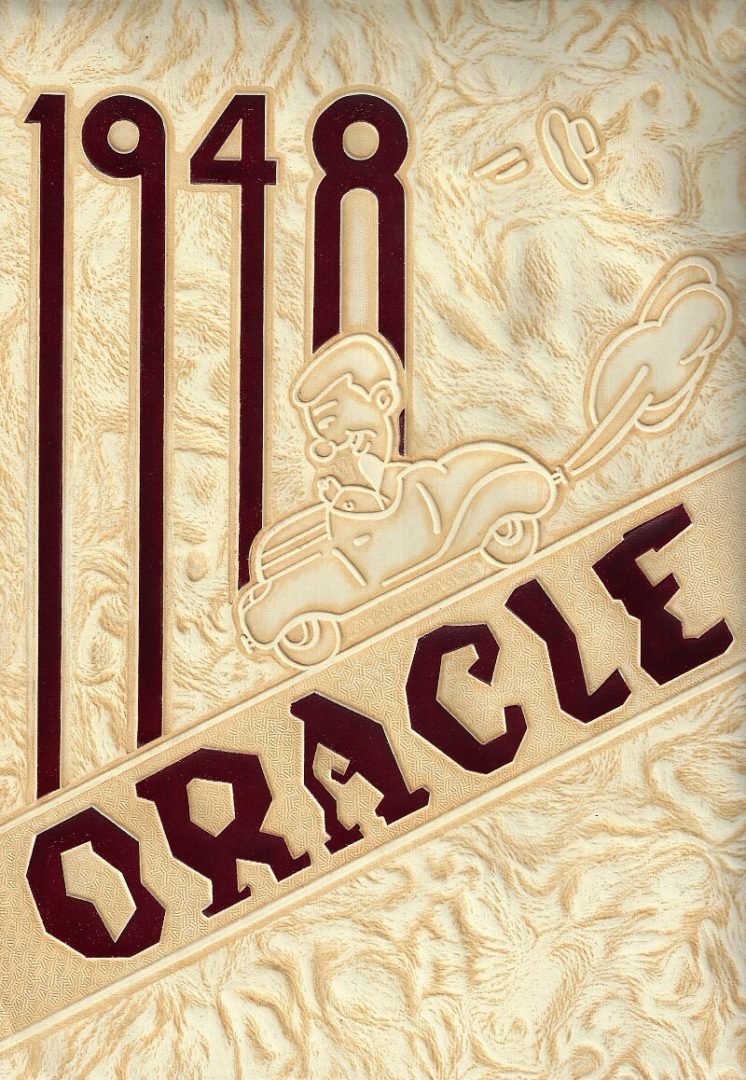 The Denfeld class of 1948 held its 70th reunion last week. Marking that occasion and the upcoming return to school, we present select images from the 1948 Denfeld Oracle, the school’s annual yearbook. 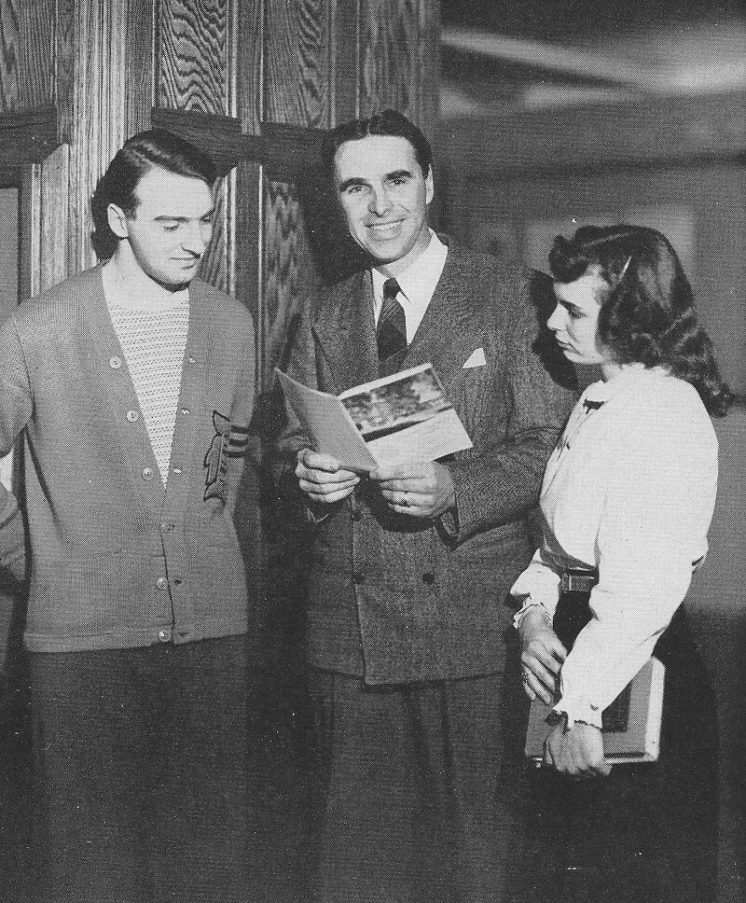 Dr. Chester W. Wood was Denfeld’s principal from 1945 to ’48. He went on to serve as director of student personnel services at the University of Minnesota Duluth. Dr. Wood received his Bachelor of Science degree in 1927 from Huron University in South Dakota and returned there in 1964 to be presented a Doctor of Humane Letters degree and give the commencement address, which was titled “Conflicting Camps in American Education.” While a student at Huron, Dr. Wood was president of the YMCA, an All-Conference tackle and captain of the football team and president of the Letterman’s Club.

During his time at UMD, Dr. Wood made several trips to Korea as an educational adviser. He also was an education specialist with the United Nations Educational, Scientific and Cultural Organization in Peru, South America. In 1965 he served as president of the Kiwanis Club of Friendly Duluth. This image is captioned: “Future chefs or ideal husbands? This image is captioned: “Wyandotte, here we come! Frog dissection must be happening in this image, captioned: “Frogs, formaldehyde, and fun.” A busy day in the mimeograph room. 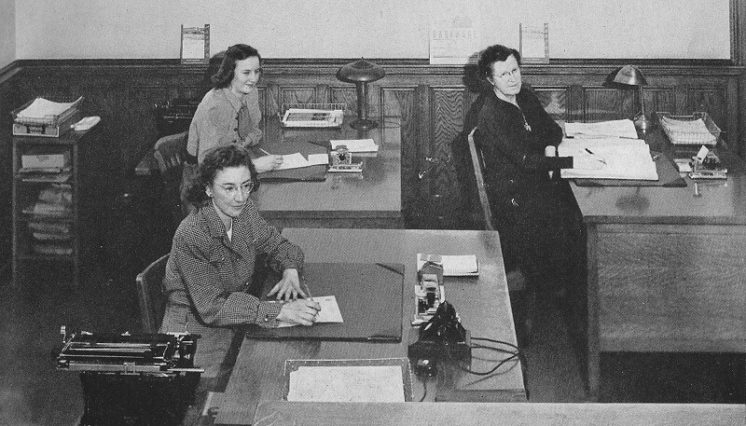 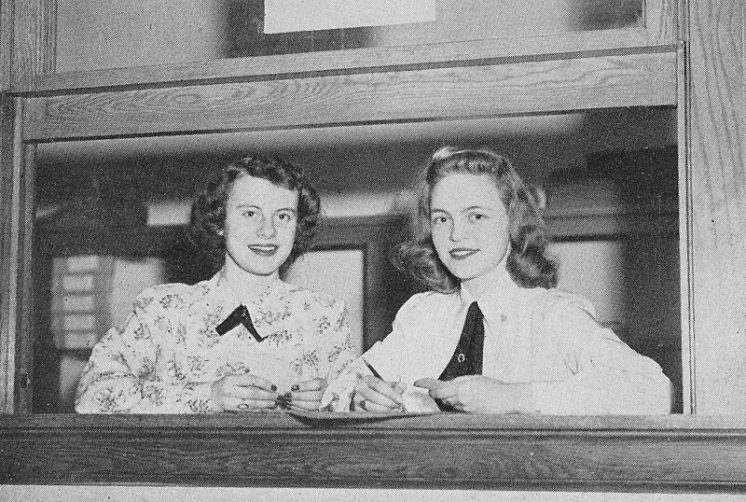 Mildred Nelson and Agnes Stahl were the dynamic duo behind the Denfeld School Supplies Association, opening before and after school and during lunch periods to handle the ordering and selling of educational goods. 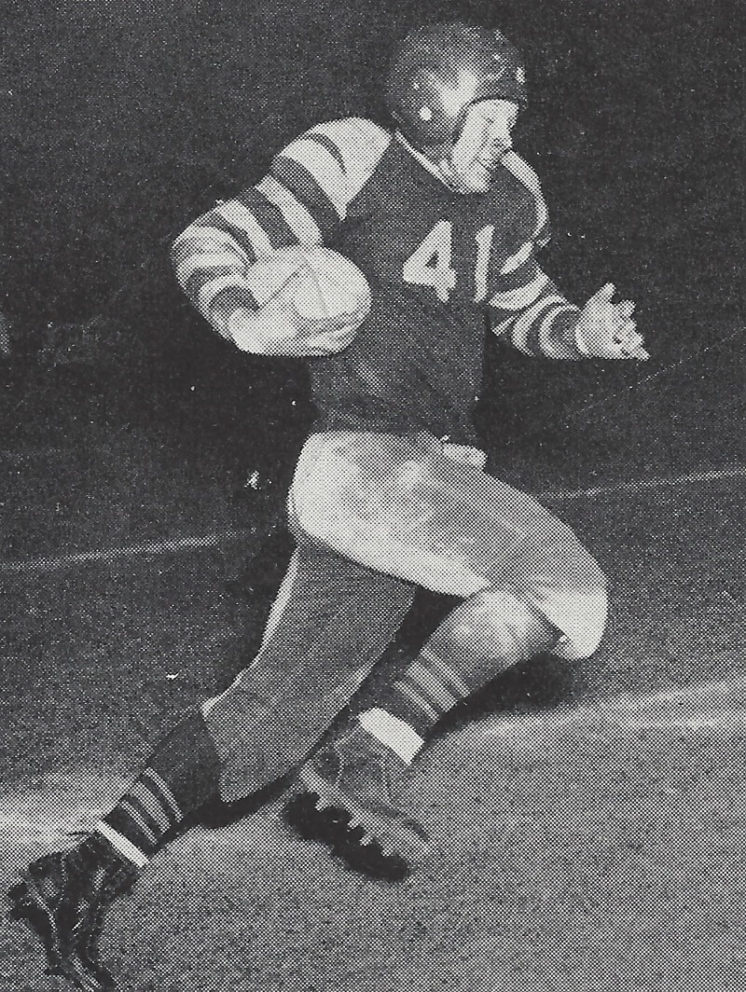 Denfeld’s football team had a rough year in the fall of 1947, going 2-6-1. One bright spot was running back Chuck Hren, who made the all-city team. The following year, Hren made the all-state team and Denfeld posted a 9-0 record, claiming the Minnesota State High School Football Championship.

Hren went on to lead the Big 10 in rushing at Northwestern University. He was drafted by the Philadelphia Eagles, but injury prevented him from continuing in the sport. He later returned to Denfeld as a social studies teacher and coached the football team from 1960 to 1969. Denfeld’s 1948 hockey team won the city and District 26 championships for the third year in a row. “This phenomenal team actually scored 74 goals before any opposing team netted one puck against them,” the yearbook notes. “They finished the season meshing 93 pucks to the opponents’ 2. In a post-season game, they beat the highly rated Junior College team 8-2.”

The Hunters defeated Hibbing 7-6 in the Region 7 tournament before losing to eventual state champion Eveleth 2-0. 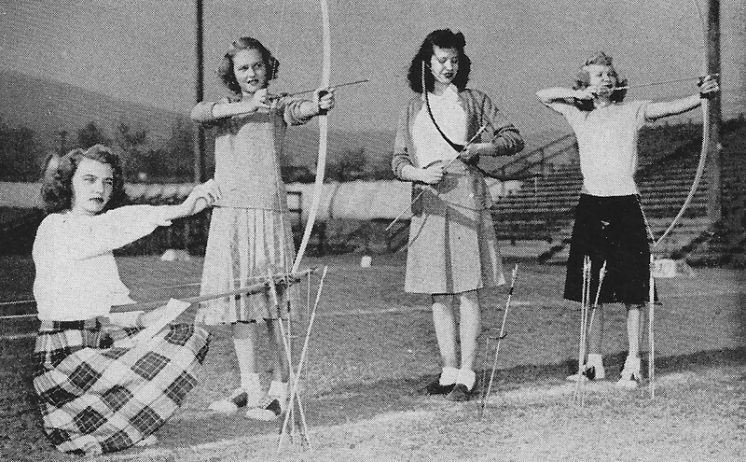 The yearbook notes “Denfeld girls are presented a well rounded athletic program. In their sophomore year, girls are taught the skills of the various team sports. Juniors at Denfeld learn the special techniques of individual sports. The girls are given a chance to use the skills they acquire in ‘gym’ to good advantage in the seasonal tournaments which are carried on throughout the entire school year. The operetta Sweethearts, presented by the Denfeld Girls’ Club, was clearly a major undertaking. “The whole school took part in the successful production,” the yearbook notes. It was directed by Miss Ellen Smith, with Edgar Felton assisting by directing the orchestra and training a hundred-voice chorus.

This week's Human Fabric story gives me the feels.