I recently attended the open house at Mater Dei Apostolate in the Lincoln Park neighborhood.

I don’t have children of the age to attend this school, but I come from a Catholic elementary education (at a Parish school with fewer than a hundred students), Jesuit high school and university education. I’m always impressed by the mission of Catholic education and impressed by the particular story of this Catholic school.

Also, frankly, I’m a bit mystified by the relative lack of influence of Catholic cultural institutions in Duluth — coming from Milwaukee, where the Polish and Italian communities worked, through the 19th century, to build neo-gothic masterpieces like my old Church. The Basilica in Milwaukee was constructed from marble from a decommissioned post office in Chicago. The Joan of Arc chapel was reconstructed from stones sent from France, and so is, in a way, 500 years old.

In Minneapolis, too, the Basilica and the Cathedral cast long architectural and cultural shadows.

But Duluth, the cultural traces have been lighter. St. Peter’s Catholic Church closed in 2010, and as I understand it, the cool grotto next door has fallen into disrepair. So when I see passion brought to Catholic culture and education — even though I no longer count myself a Catholic — I am interested. I want to see what good that passion can do for the community.

Mater Dei Apostolate is a site where some folks are coming together to do some good for the community. 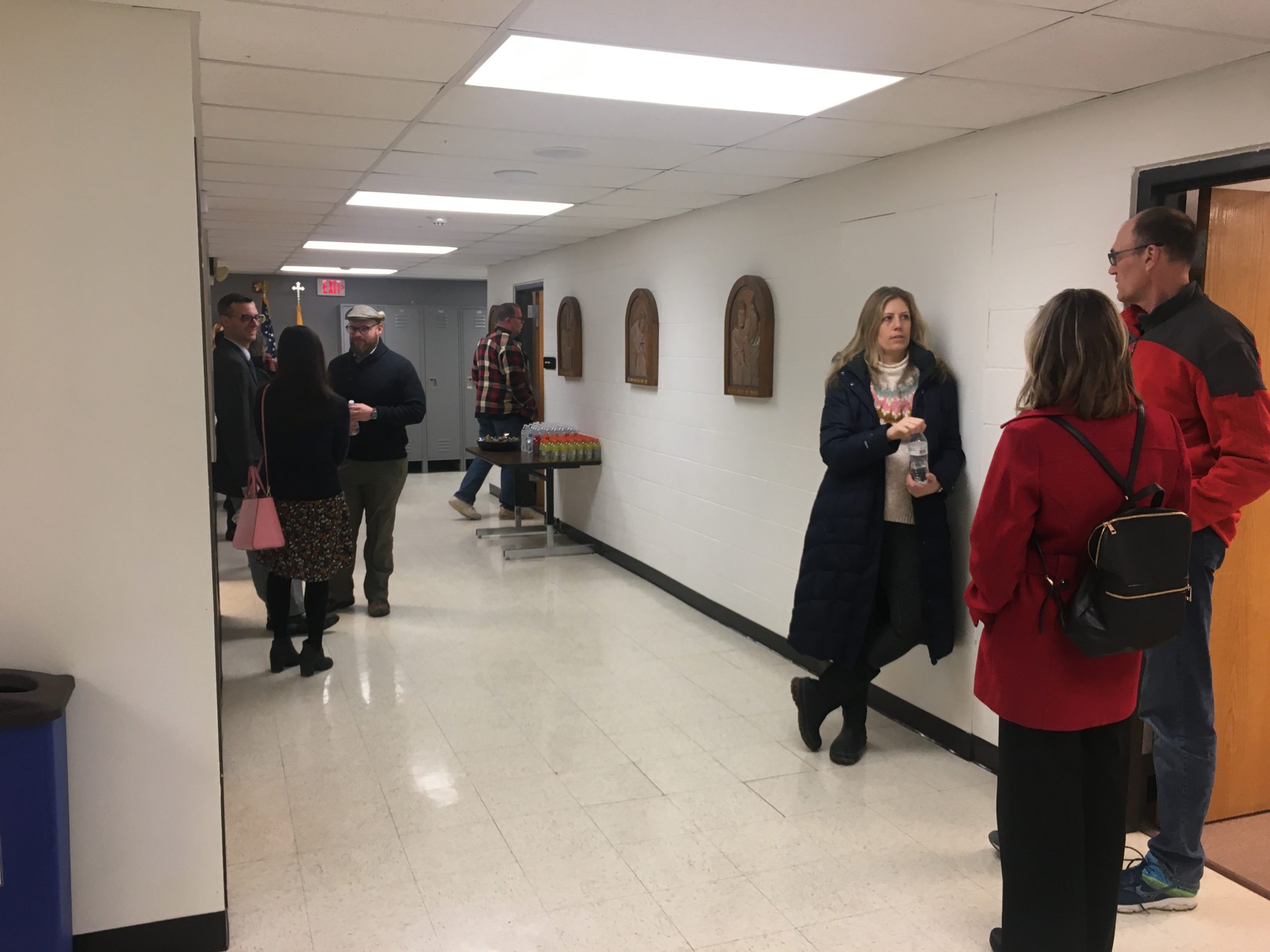 Mater Dei is an example of “hybrid” education, where the teachers work in tandem with parents on a class-by-class basis.

Our hybrid high school is a blend between a homeschool and conventional school program. Our students are classified as homeschool students in accordance with Minnesota law, but they are taught fully by qualified instructors at our education center. Students who follow the full Mater Dei curriculum are on-campus throughout the week and have the experience of a university style brick-and-mortar school.

As a professor of rhetoric, I’m really interested in the ways that rhetoric is at the core of the curriculum. St. Augustine was trained in rhetoric, after all. 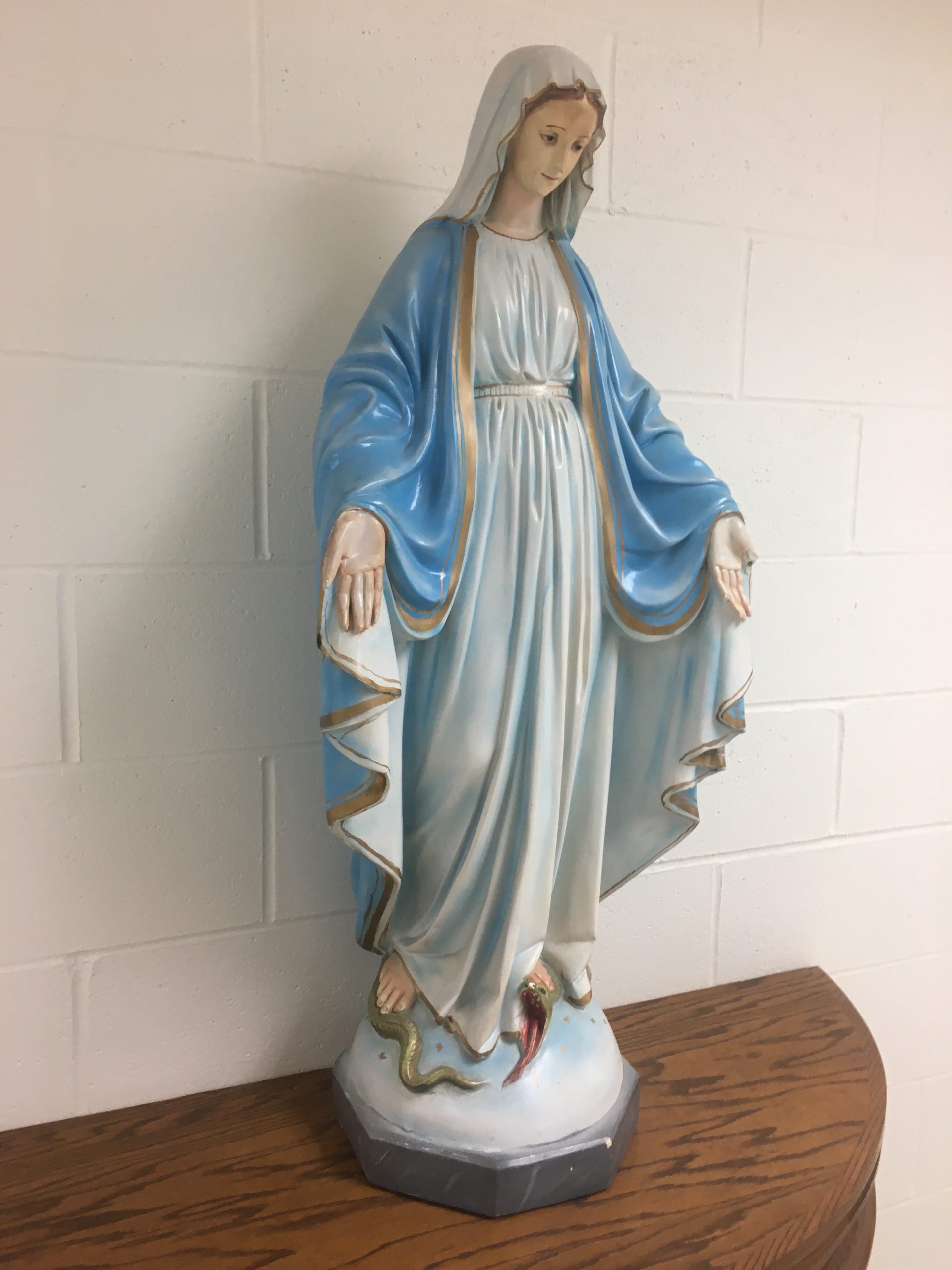 Statue of the Blessed Virgin Mary, now a centerpiece at Mater Dei Apostolate

I kind of wonder whether a statue like this was in the grotto next to St. Peter’s — does anyone know the origin of this statue?

One of the things that impressed me most about Mater Dei is the significant and important role of women in its foundation and governance. The origin story of the school, really, is the story of a mother who wanted to build a place for her children to be educated. But in this work, she’s participating, really, in the centuries-long tradition in which men “led” the church but women were responsible for doing the good work of the Church in the world — founding hospitals, for example (St. Mary’s in Duluth, of course), and, of course, schools. (My colleague and friend Liz has written about this here.) One of the Stations of the Cross, now a centerpiece at Mater Dei Apostolate 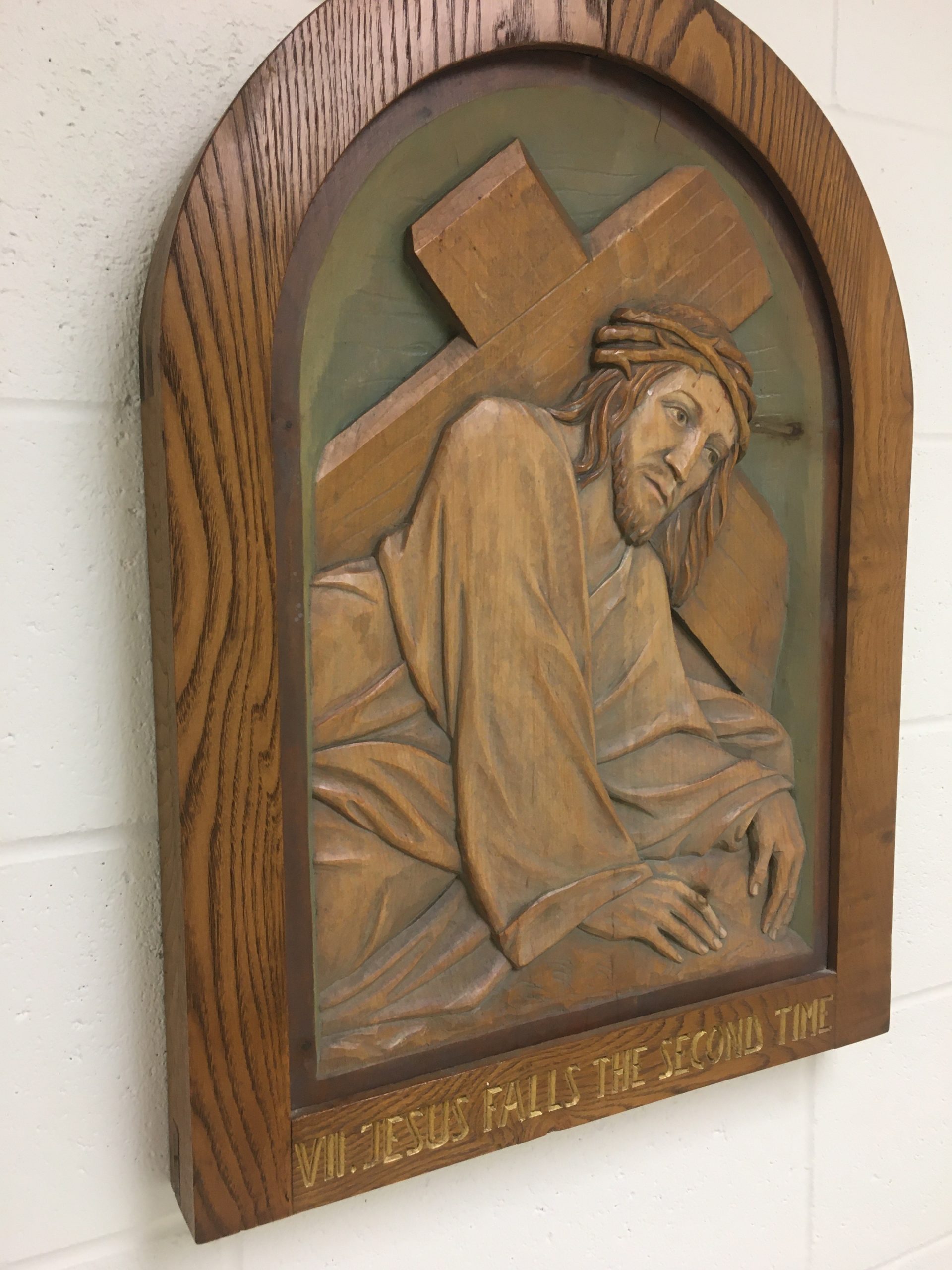 One of the Stations of the Cross, now a centerpiece at Mater Dei Apostolate

These reliefs, carved in wood, were relocated to Mater Dei from a local parish — do they have a story? Were they made in Duluth?

I learned a few things at the presentations by faculty and leadership — there was a moment when one of the teachers talked about how there is nothing to “fear” from secular knowledge. I hadn’t thought that there was — but I was taught by Jesuits, who were very insistent, when teaching us Catholic doctrine, that teaching us about the historical heresies was part of understanding the ways that the Church discovered truth. Similarly when teaching us science, science was part of the ways of learning the truths of faith and of the world — this was an interconnected gesture. But then, a Jesuit is the Vatican astronomer. (Really, that interview is a great read.) Jesuits have always been unique in Catholic intellectual and spiritual life.

There was also some discussion about “liberal education” as education for the free person, the free thinker. (Maybe, in a small way, Catholic education made me “free” enough to imagine that I could live life as a thinker, outside the Church.) Understood that way, Mater Dei is likely doing its students a service — and in their monthly service projects, doing the community good, to boot.

I’m still thinking through my intellectual and emotional responses to the Mater Dei project, but I’m glad to feel the energy I felt in Milwaukee and Minneapolis, the energy of religion having a positive force in a community.

I loved her and now that I’ve left I am full of cancer. My genome breaks further each day in...