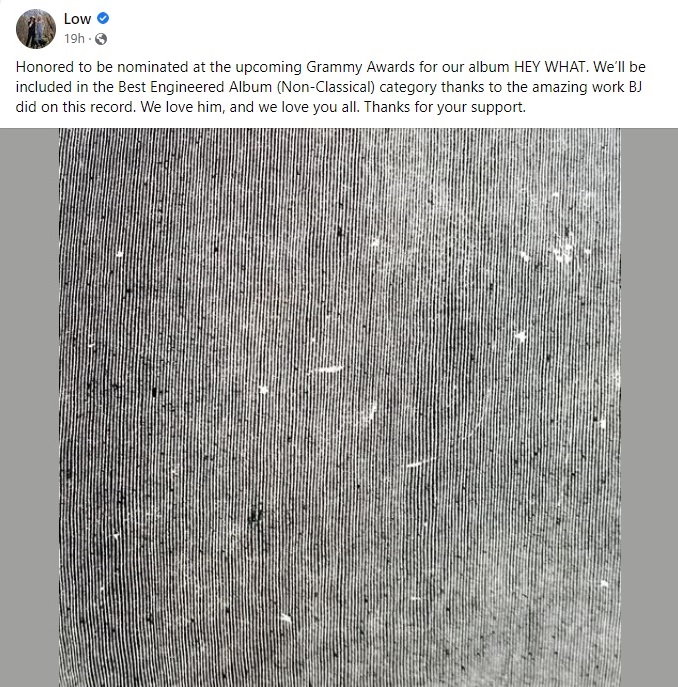 Duluth band Low‘s new album, Hey What, received a major nod from the music industry yesterday. The record has been nominated for a Grammy in the category “Best Engineered Album, Non-Classical” for the work by mastering engineer BJ Burton.

The Recording Academy will present its 2022 Grammy Awards show on the CBS network, KBJR channel 6.2 in Duluth. (Update: The Grammys were postponed and rescheduled for April 3.)

Competing with Low’s Hey What in the category are the Marias’ Cinema, Yebba’s Dawn, Tony Bennett & Lady Gaga’s Love for Sale, and Pino Palladino and Blake Mills’ Notes with Attachments.

Among the albums that have taken the award in the past are Michael Jackson’s Thriller in 1984, Pink Floyd’s The Wall in 1981, and the Beatles’ masterpieces Abbey Road in 1970 and Sgt. Pepper’s Lonely Hearts Club Band in 1968.