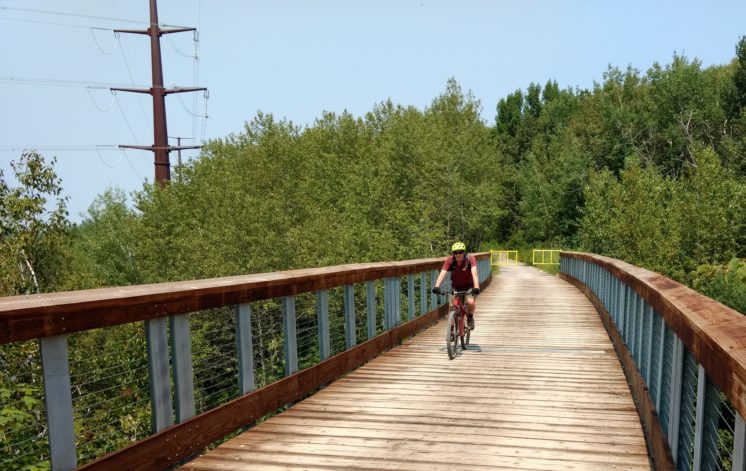 A critical bridge is open, a tunnel has been repaired and work is nearly complete on a six-mile scenic trail that uses a former rail line to connect two large recreation sites on the west side of Duluth.

The city’s Parks and Recreation Division is in the final stages of improvements to the Duluth Winnipeg & Pacific Trail Connector which provides a direct link between the Mission Creek trail system in the Frederick Rodney Paine Forest Preserve and Spirit Mountain. A ribbon cutting on the $600,000 trail project is expected later this summer.

“The DWP corridor is a crucial connection through West Duluth,” said Duluth Public Information Officer Kate Van Daele. “The public recommended improvements to the trail (and) in 2019 the city created the DWP Master Plan to identify and address these improvement recommendations.”

Van Daele said most of the trail work was conducted in 2020 including the Sargent Creek bridge restoration. Located between the Ely Peak tunnel and West Skyline Parkway, the bridge received new footings to secure its foundation along with a new wood deck and railings. Reopening the bridge was the final link in the trail system.

At the Ely Peak tunnel, rock was removed from the trail surface and “rock scaling” procedures were conducted on the walls and ceiling. Van Daele said workers broke and sometimes blasted away loose fragments while other rock was secured in place and covered with wire fencing. 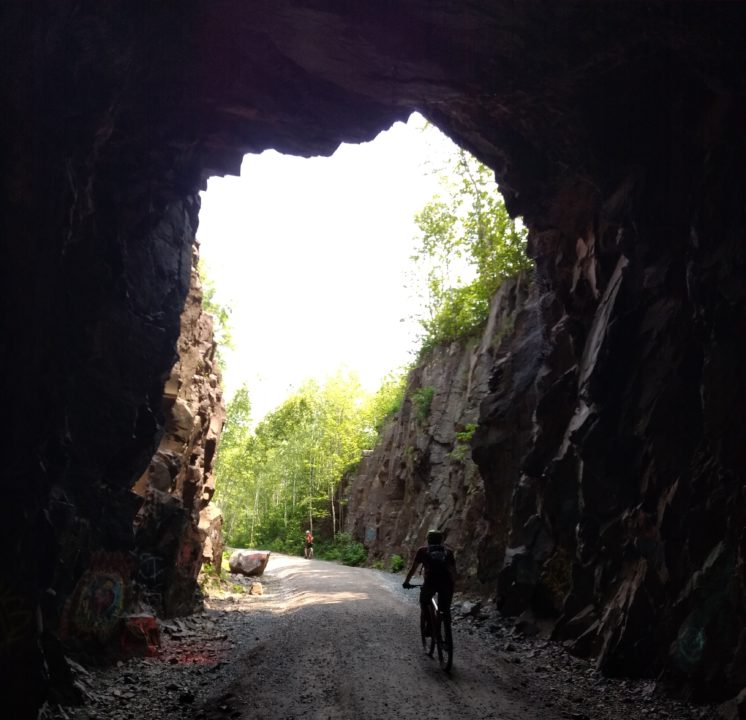 Crews installed a limestone gravel trail surface, cut back vegetation and will complete final grading in the coming weeks.

“This work has reestablished the old railway corridor and improved the surface so it is now usable by hikers, cyclists, equestrian riders, and meets ADA accessible standards,” she wrote in an email.

The Stewart Creek rail bridge — just west of Spirit Mountain — was restored and the Clyde Connector Trail was established as part of a DWP improvement project in 2018. Total costs on that portion of the project was $817,000.

Total costs for the DWP trail improvements – including planning, trail infrastructure and some pending grading and gate installation comes to $2.5 million. The costs were split between the city of Duluth “half and half” sales tax and a grant from the Minnesota Department of Natural Resources Regional Trails Program, said Van Daele.

The DWP trail has long been considered an important link in the west-side trail system, which includes the paved Willard Munger State Trail — also a historic rail line — and the former Western Waterfront Trail now known as the Waabizheshikana or “Marten Trail.” The DWP also connects to West Skyline Parkway. But with two deteriorating bridge crossings and a crumbling tunnel, pedestrians were discouraged from using it. 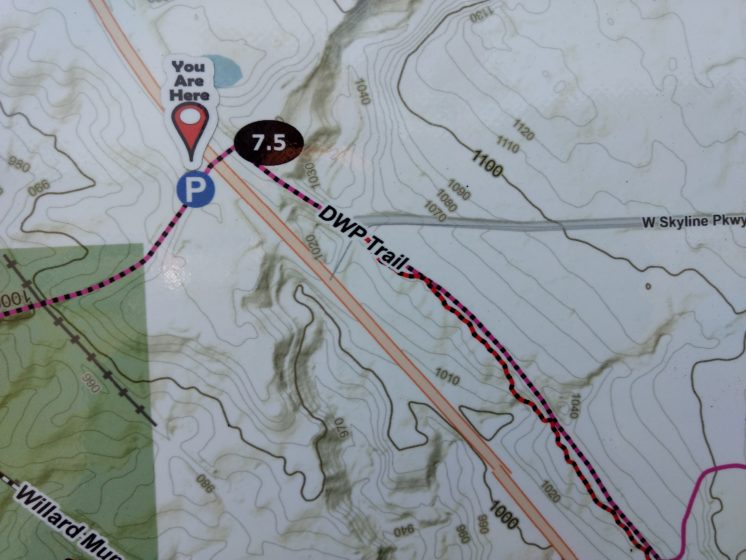 Neustel said the gradual incline and crushed limestone surface will be good for both bike riders and walkers while the trail elevation provides fantastic views of the St. Louis River estuary. “It’s only six miles, but it’s a great six miles,” he said. “You can loop back on the Munger Trail if you want or Skyline Parkway if you want to do another loop.”

Neustel called the trail a great resource for Duluth, west-side development and Spirit Mountain. A new Grand Avenue stop light with a pedestrian crossing will be installed at the Spirit Mountain lower parking lot entrance and the future RiverWest development. The new intersection will provide yet another way to connect the west-side trail system.

“People don’t realize that at the base of Spirit Mountain there are 10 trails that pass through or originate there: hiking trails, biking trails, ski trails, everything,” said Neutstel. “Probably one of the more unique places in the country.”

Neustel is part of a partnership developing the 27-acre RiverWest project which will feature housing and commercial space south of Grand Avenue below Spirit Mountain. The site was graded this spring with street and utility installation scheduled to begin Aug. 2.

“For the active person that loves to ride a bike or hike it really provides access to that city wilderness right around that DWP trail,” he said.

The western end of DWP trail will also feature a parallel single-track mountain bike trail currently being constructed by the Cyclists of the Gitchee Gumee Shores. The new mountain bike trail — part of the Duluth Traverse — will connect the Mission Creek Bike Trail system parking lot on Becks Road to the Ely Peak tunnel.

“It’s really going to be a good way for people riding on the DWP to jump over and get a taste of mountain biking with an easy bail out,” said Schimpff. “It’ll be one step above the packed gravel trail on the DWP — pretty mellow grade, nice smooth tread, pretty wide trail. A nice, nice green level trail for the beginner.”

COGGS has also used volunteers to build an expert-level, mile-long trail called “Stone Age” which is accessed off the DWP Trail west of the Ely Peak tunnel. A second loop will be added to the trail soon.

“It’s one of the hardest miles of trail to ride — definitely in Minnesota,” said Schimpff. “People are pretty happy who are able to ride it and people like to see it as something to work up to.”

The Duluth, Winnipeg & Pacific Railroad located a roundhouse and railyard between 64th Avenue West and 73rd Avenue West, built the 520-foot-long Ely Peak tunnel and opened the new rail alignment into West Duluth in 1912. The tunnel and tracks fell into disrepair in the 1980s and the track was abandoned in 1996, according to the Minnesota Historical Society.

The city of Duluth owns the 13-mile abandoned rail line which connects West Duluth — through the Ely Peak tunnel and under I-35 — to the city of Proctor.

Another month of summer has flown by. Were you paying attention to current events? Step up to this week's quiz...