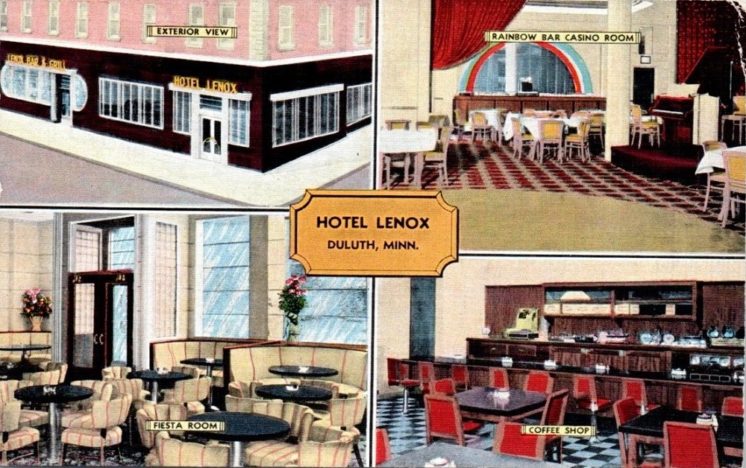 This undated postcard, published by E. C. Kropp Co. of Milwaukee, highlights some of the features of the Hotel Lenox in Downtown Duluth. The hotel was torn down in the 1960s.

The Lenox Place apartment building went up in 1979 on land to the southwest of where the hotel had stood. Kegler’s Bowling Center was built in 1986 on the former Hotel Lenox land.

Gaelynn Lea – “Bound by a Thread”

https://www.youtube.com/watch?v=tJIL0K4goD0 Duluth musician Gaelynn Lea performs "Bound by a Thread" from her 2018 album, Learning How to Stay.