Eastman Johnson in the Arrowhead Region I stumbled on the fascinating story of Eastman Johnson’s time in the Arrowhead Region, and thought Perfect Duluth Day’s historians might weigh in on him. The above landscape, in charcoal, chalk and gouache on paper, shows Superior as viewed from a trading post on Park Point in 1857. After painting portraits of luminaries such as Hawthorne, Emerson, Longfellow and Abe Lincoln, then studying art in Europe, Johnson traveled to Superior, where he had relatives. In 1856 he lived in a log cabin on Pokegema Bay, in what is now the Superior Municipal Forest. 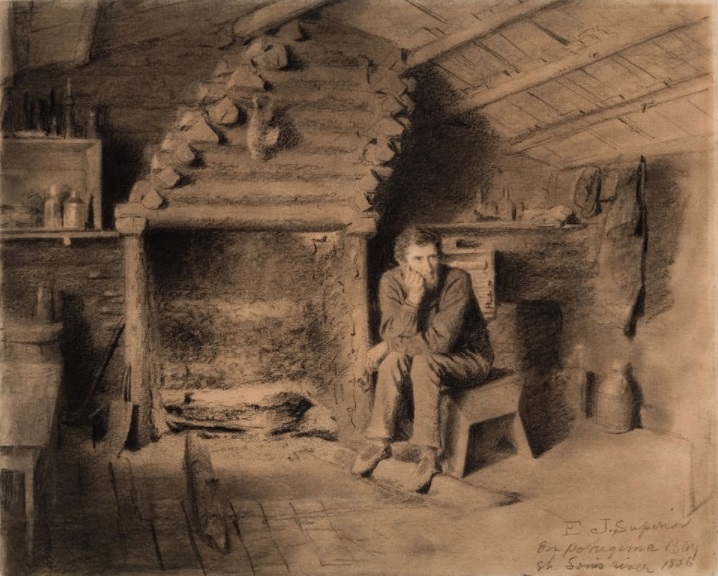 The Saint Louis County Historical Society owns almost 40 of Johnson’s works from his time here. He traveled to Grand Portage, the Apostle Islands and Isle Royale in search of subject matter, and his guide, Stephen Bonga, had an epic life of his own. Local artist Charles Gawboy is one person who found inspiration in Johnson’s work. More of Johnson’s story can be found on the Traditional Fine Arts Organization website and from the international auction house Bonhams.

The Slice: Model Trains at Boathouse Treats and Treasures

https://www.youtube.com/watch?v=DIP2iRiKxi4 Boathouse Treats and Treasures has Duane Benoit's model train set up for viewing during the holidays. Benoit will be...