Postcard from the Duluth Auditorium 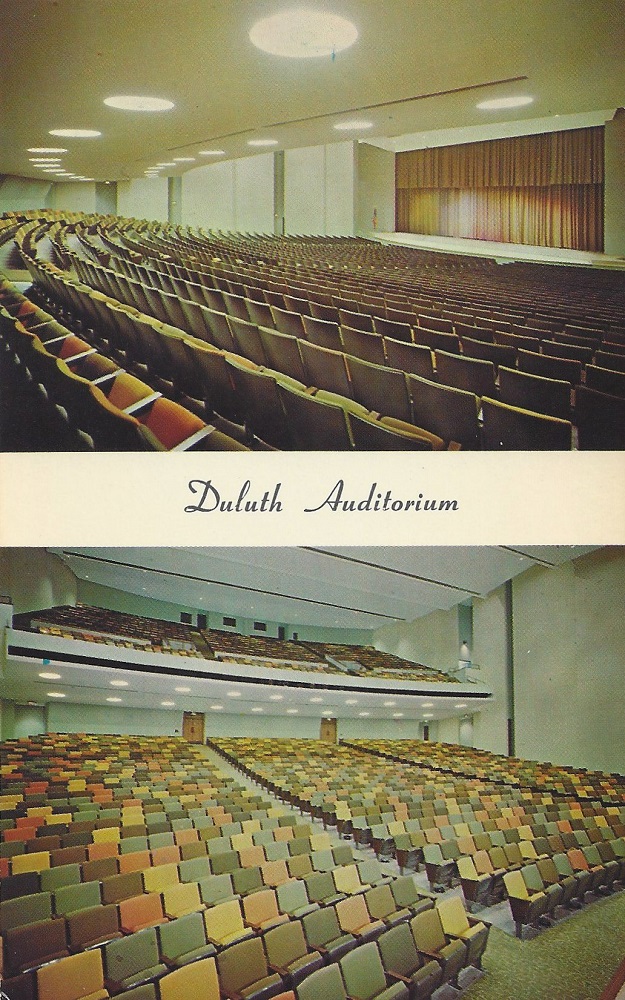 The Duluth Auditorium — now known as the Duluth Entertainment Convention Center‘s Symphony Hall — opened in 1966. It has hosted an extensive variety of musicians, comedians, theatrical companies and other entertainers over the years and is the home stage of the Duluth Superior Symphony Orchestra and Minnesota Ballet. Seating capacity is 2,221.