Scott Laderman is featured on the New Books Network. Hang ten, dudes, and listen to Laderman share his research. 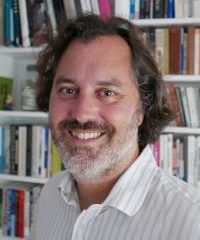 Since 2020 has been such a horrifying year (and it’s only June!), it would be nice to relax a bit this summer and talk about something fun and apolitical like surfing. After all, what’s more chill then hanging at the beach and catching some waves?

But wait a minute! Empire in Waves: A Political History of Surfing (University of California Press, 2014) is about imperialism, white supremacy, Apartheid, Cold War politics in Central America and Southeast Asia, genocide, and the ways in which large corporations commodify and suck the very soul out of vibrant countercultures. Scott Laderman tells us “surfing is not a mindless entertainment, but a cultural force born of empire (at least in its modern phase), reliant on Western power, and invested in neoliberal capitalism.” Whoa, total bummer, dude! Empire in Waves is part of the University of California Press’ “Sports in World History” series and uses surfing as a prism to explore a number of crucial political, economic, and cultural issues.

Scott Laderman is a professor of history at the University of Minnesota Duluth – home of the best surfing in the upper Midwest.

Duluth: Wherever I’ve Been and Gone

https://vimeo.com/428821088 Modern footage of a trip to Duluth, shot through an old Super 8 camera by Carsten Johnson, featuring Nick...