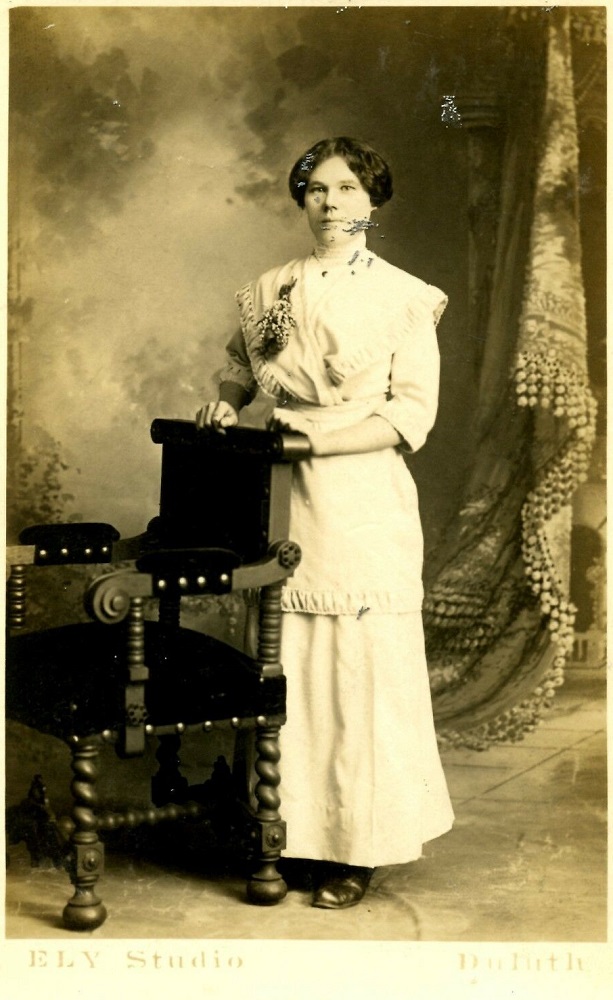 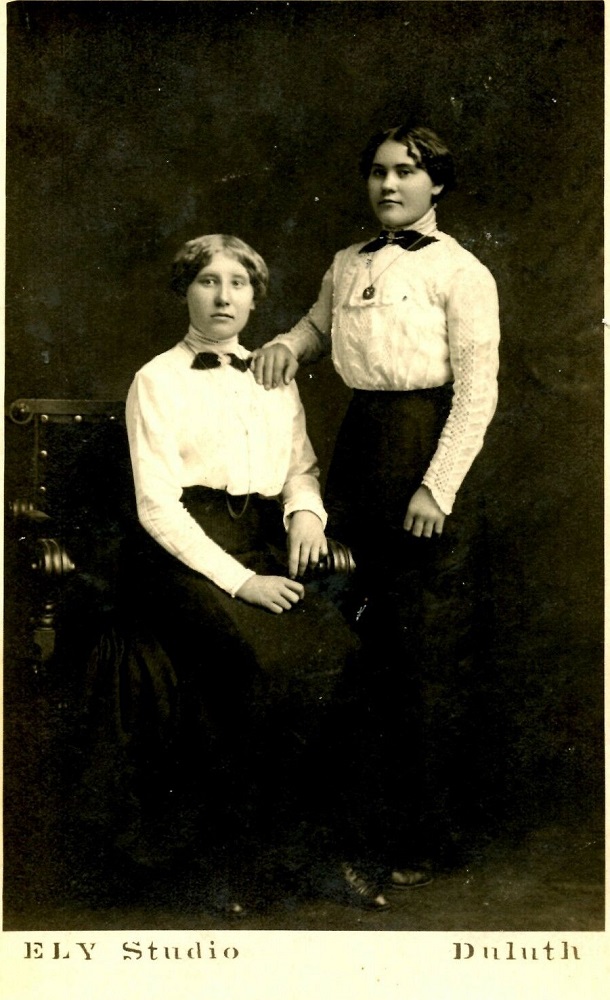 It’s a nearly impossible challenge to put names on people in century-old cabinet card photos, but we occasionally try nonetheless. At least in most cases we know the photographer’s name, which can lead in all sorts of directions.

The Minnesota Historical Society’s Directory of Photographers lists only one shutterbug with the last name Ely. Beginning in the mid-1890s, Cook Ely had a studio at 2030 W. Superior St. — the corner where the Anderson Furniture building stands today. Ely came to Duluth from southeastern Wisconsin, and the Oshkosh Public Museum has a fairly detailed record on him. He’s pictured at left with his wife Lucy and four daughters. The boy standing in the back is listed as Floy Ely, but his relation isn’t clear. Cook and Lucy had a son named Ralph who was born after this photo was taken, according to the record.

A few details from the museum’s Cook Ely record: According to the Northeast Minnesota Historical Collections at UMD’s Kathryn A. Martin Library, the photo above is “possibly photographer Cook Ely.”

Below are a few more cabinet cards from the Ely Studio. Any of these mystery faces look familiar? 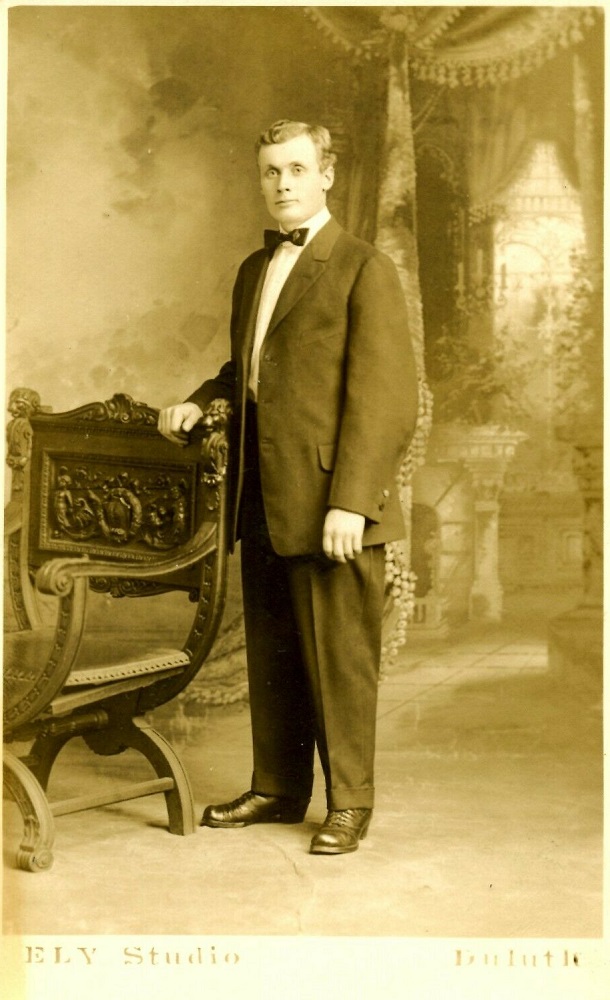 The final image has a name penned on the front, which appears to be “Siivo Sundin.”

I stopped by Blue Rock Coffee & Wine, kind of. It recently opened by the Miller Hill Mall, and I am...